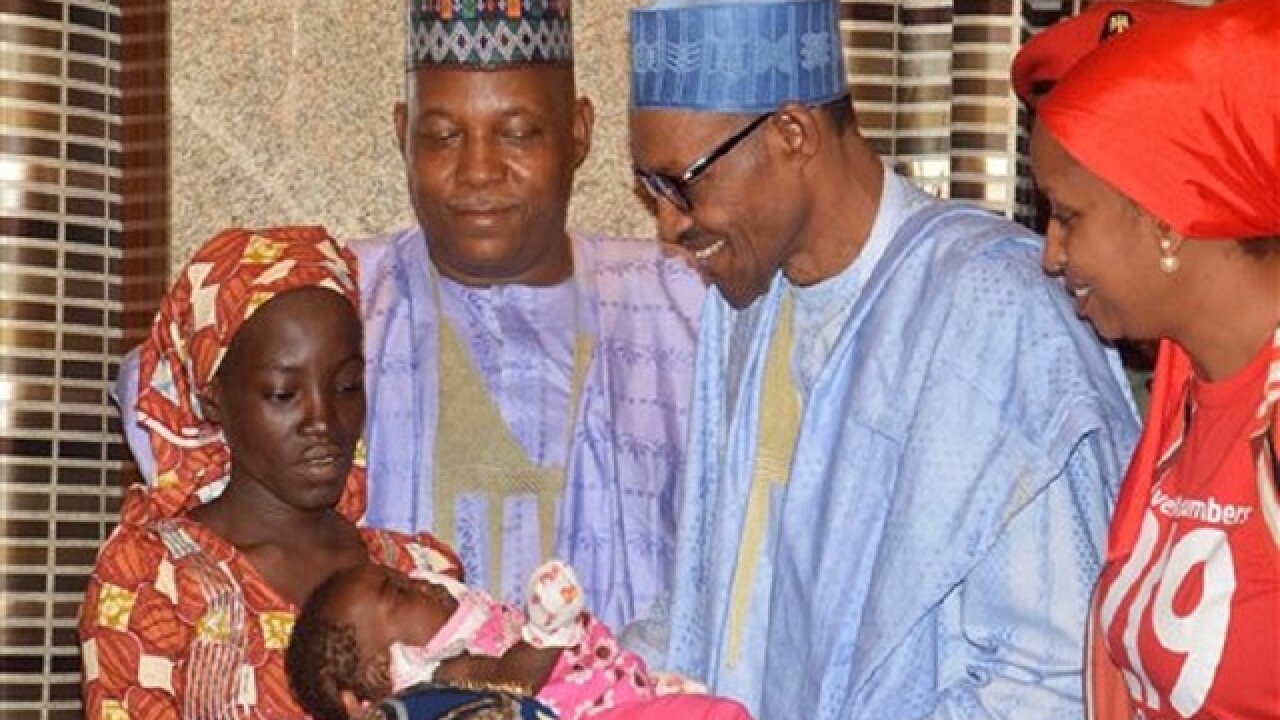 Azeez Akunleyan
<p>Nigeria President Muhammadu Buhari, second right, receives Amina Ali, the rescued Chibok school girl, at the Presidential palace in Abuja, Nigeria, Thursday, May. 19, 2016. The first Chibok teenager to escape from Boko Haram's Sambisa Forest stronghold was flown to Abuja on Thursday and met with Nigeria's president, even as her freedom adds pressure on the government to do more to rescue 218 other missing girls. (AP Photo/Azeez Akunleyan)</p>