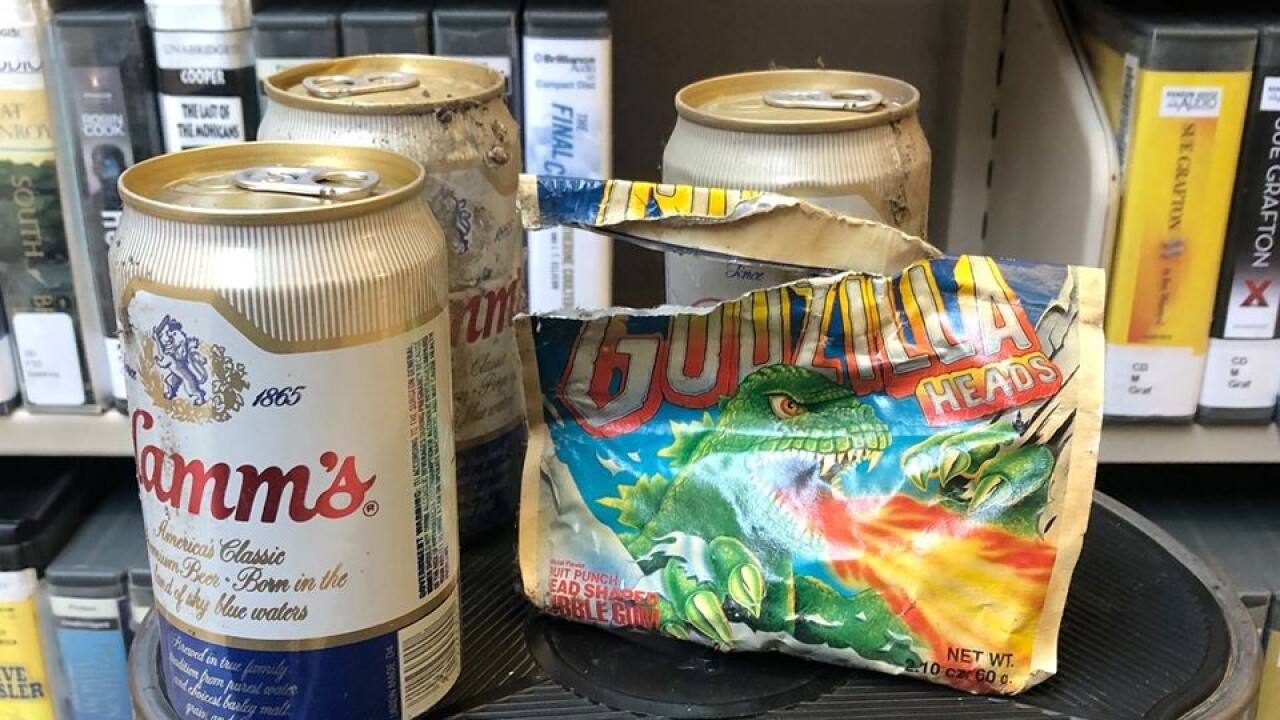 WALLA WALLA, Wa. -- Many people are spending time during the pandemic cleaning their homes they are now stuck in, or finally reorganizing that closet. The Walla Walla Public Library can relate, and they have a real life mystery on their hands after moving the mystery books section.

According to a post on social media, the Washington town’s library was moving their mystery collection as part of a larger library layout change, when a facilities crew member discovered a secret panel.

“Along with the usual dust and dead bugs, he found five unopened cans of ‘the beer refreshing’ and some monstrously stale gum still in its vibrant packaging, along with a moldering paper bag,” the post reads.

The library is assuming someone stashed their loot behind the shelving and wasn’t able to retrieve it.

Some good old-fashioned sleuthing leads the library to believe the snacks have been sitting in the secret panel for about 30 years.

“Godzilla Heads gum dates to the late 1980s, and the rule that requires warnings to be printed on alcohol containers was enacted in November 1988. So we think the goods were there for upward of 30 years,” the City of Walla Walla states.

So, how does this mystery end? In the trash. Library staff says the items are now in a nearby landfill.

“It's probably not the outcome the trove owner expected; unfortunately, not every story has a happy ending.”