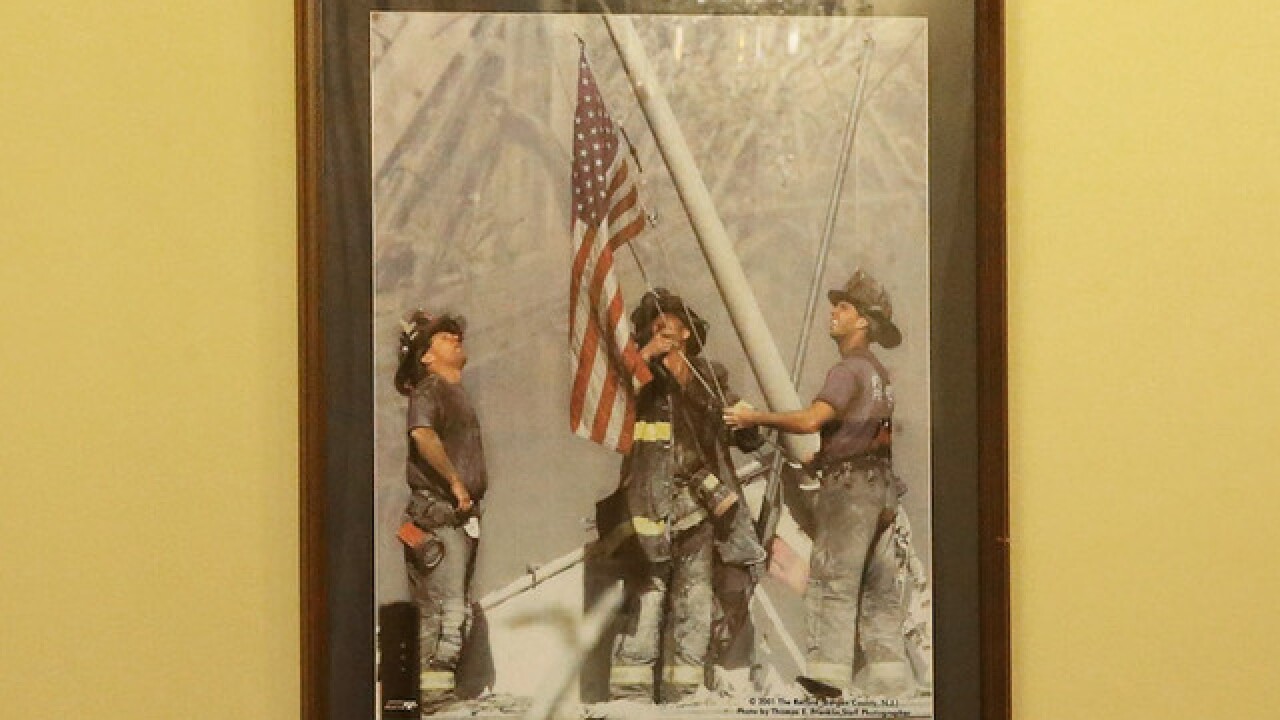 EVERETT, Wash. (AP) — A U.S. flag that turned up in Washington state in 2014 is believed to be the flag that was raised by firefighters above the site of the 9/11 attacks on the World Trade Center in New York.

KOMO reports the finding comes after a two-year investigation by the Everett Police Department, with assistance from forensic experts. The flag will be donated to the National September 11 Memorial & Museum

Exactly how the flag wound up in Everett, a city about 30 miles north of Seattle, remains a mystery. The flag disappeared from ground zero sometime during the site cleanup. The police investigation began in November 2014, when a man dropped off a flag at an Everett fire station.

Everett Police Chief Dan Templeman said "our detectives concluded that there was enough compelling evidence to determine that this was likely the ground zero flag."