A 'swarm' of hundreds of small earthquakes rocks Southern California 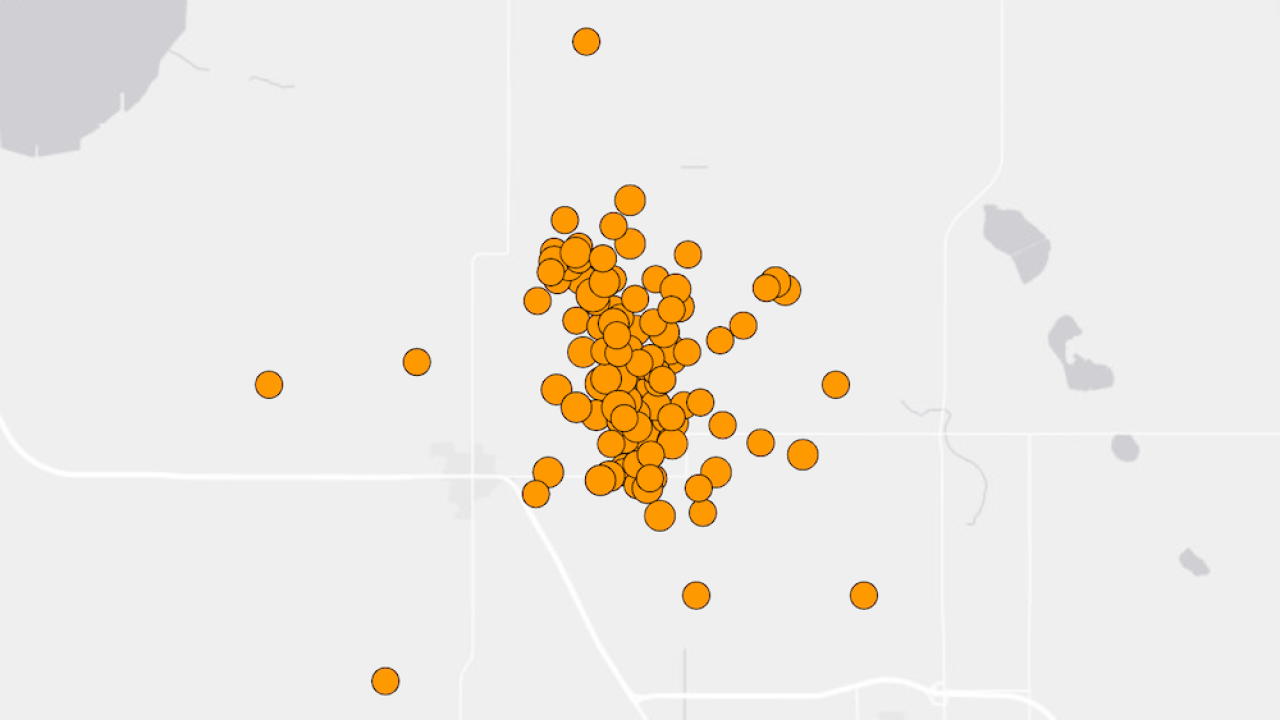 The USGS reports that 240 small earthquakes occurred near Westmorland, California, between 4 p.m. local time Wednesday evening into 8 p.m. local time Thursday morning. Most of the quakes measure about magnitude 3.0, with the largest being a magnitude 4.9 quake.

The seismic activity continued into Thursday morning, as dozens more small earthquakes occurred
in what the USGS calls the "Brawley seismic zone."

Dr. Lucy Jones, a seismologist, founder & chief scientist at her center, said it is one of the largest swarms ever seen in the Imperial Valley — and it is historically one of the most active swarms in Southern California.

The USGS reports that the earthquake swarm will continue to produce small earthquakes over the next seven days, and while there may be a few moderately-sized earthquakes up to magnitude 5.4, the system will eventually peter out.

A second less likely scenario laid out by the USGS indicates that a large earthquake between magnitudes 5.5 and 6.9 is possible. A third — and least likely — scenario indicates that an enormous earthquake of magnitude 7.0+ could happen, which would cause "serious" impacts on nearby communities.

Luckily, Jones said the earthquake swarm is too far away to have an impact on the dangerous San Andreas.

"The swarm happening now south of the Salton Sea, near Westmorland is over 30 km south of the end of the San Andreas," she tweeted. "It is in the Brawley seismic zone, a common source of swarms. So far largest is M4.4. Too far from the San Andreas to change the probability of a quake on it."