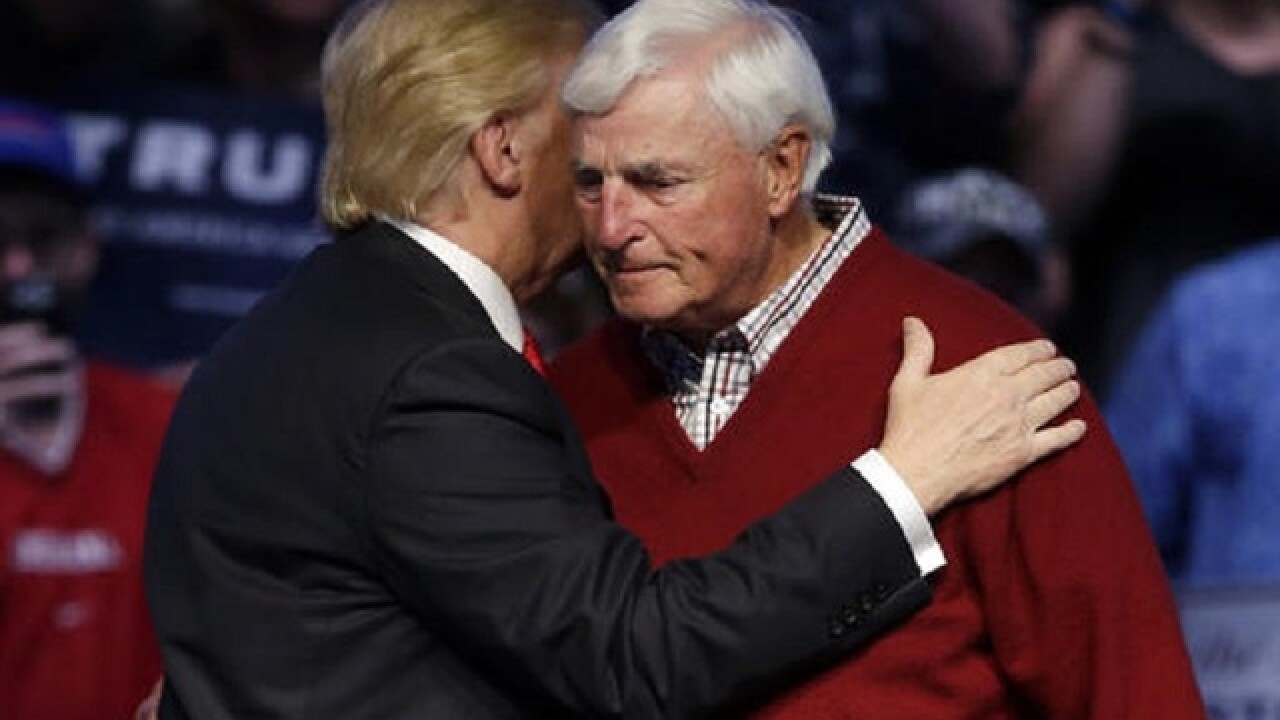 By: Associated Press
Posted at 9:12 PM, Apr 27, 2016
INDIANAPOLIS (AP) — Renowned basketball coach Bob Knight on Wednesday threw his support behind Donald Trump's presidential campaign, less than a week before Indiana voters go to the polls in the state's primary.
The former Indiana Hoosiers coach, who was known for his brash and sometimes controversial manner, appeared with Trump at a rally in Indianapolis, hailing Trump as "the most prepared man in history to step in as president of the United States."
"There has never been a presidential candidate prepared to the length that this man is," said Knight, who urged attendees to cast votes for Trump. "You will be helping our government take the first step toward what all of us want our government to be like."
Trump introduced Knight and later heaped praise on the coach who led the Hoosiers for 29 seasons, calling his endorsement "the greatest endorsement in the history of Indiana."
"What a winner that is. That's a great man," Trump said. "I love the attitude."
Trump said that Knight had urged him to mount a run for president before he launched his campaign and said he'd offered his endorsement then.
Knight was fired from Indiana University in 2000 and while he still has many fans, he also has antagonized many people by refusing all attempts by the school to mend fences — and refusing to participate in any IU activities.
Carey Findley, a 29-year-old Walmart worker from Seymour, Indiana said he had "mixed feelings" about Knight, but nonetheless saw Trump's embrace of the coach as smart politics with the state's blue-collar basketball fans.
"He's a folk hero to people in this state," Findley said. "It's like having God endorse you."
Associated Press 2016