Moooving on: Cows stranded by New Zealand quake are rescued 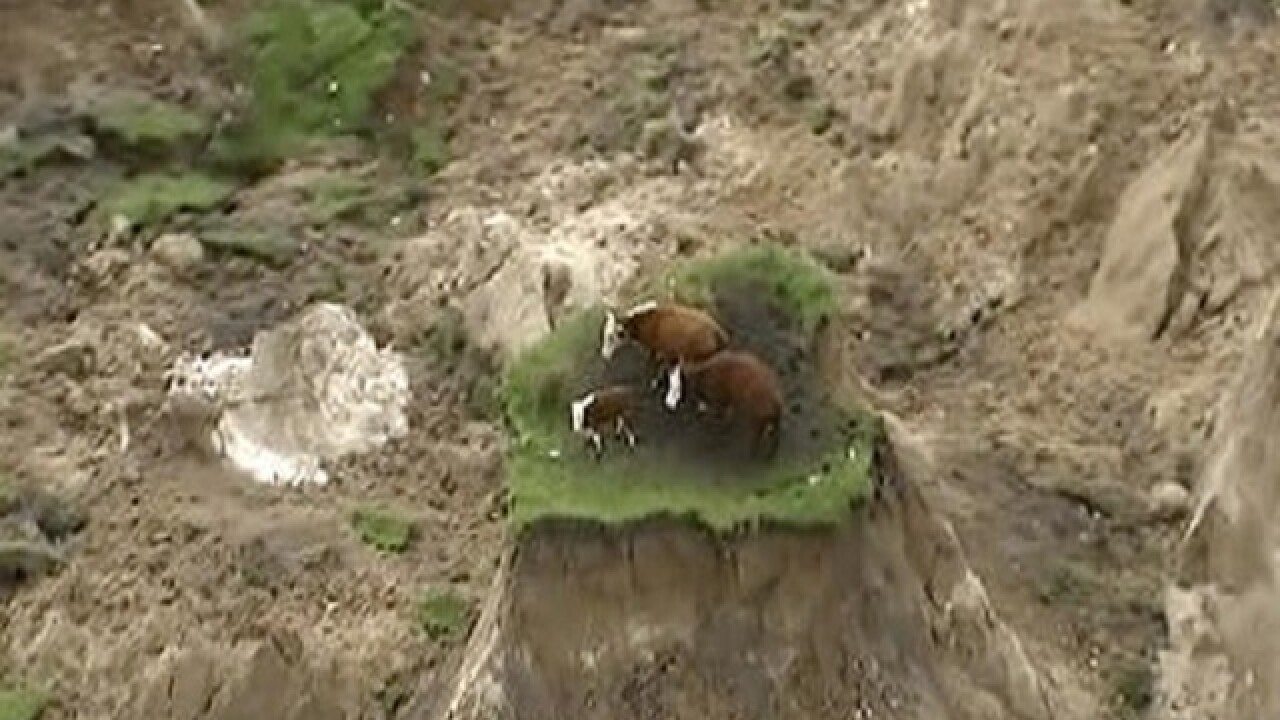 WELLINGTON, New Zealand (AP) — Three New Zealand cows whose predicament captured the interest of many people around the world after they became stranded on a small island of grass following a powerful earthquake have been rescued.
The Newshub news service reported Tuesday that the two cows and a calf were rescued after a farmer and some helpers dug a track to them and brought them out.
Newshub first filmed the cows stuck on the patch of grass near the township of Kaikoura after the magnitude 7.8 quake triggered landslides around them.
The farmer, who was not named by Newshub, said the cows were desperate for water after they were rescued. He said the quake fault line ran right beneath his farm, which had been relatively flat before the earthquake.
New Zealand's 10 million cattle easily outnumber its 4.7 million people.
Copyright 2016 The Associated Press. All rights reserved. This material may not be published, broadcast, rewritten or redistributed.