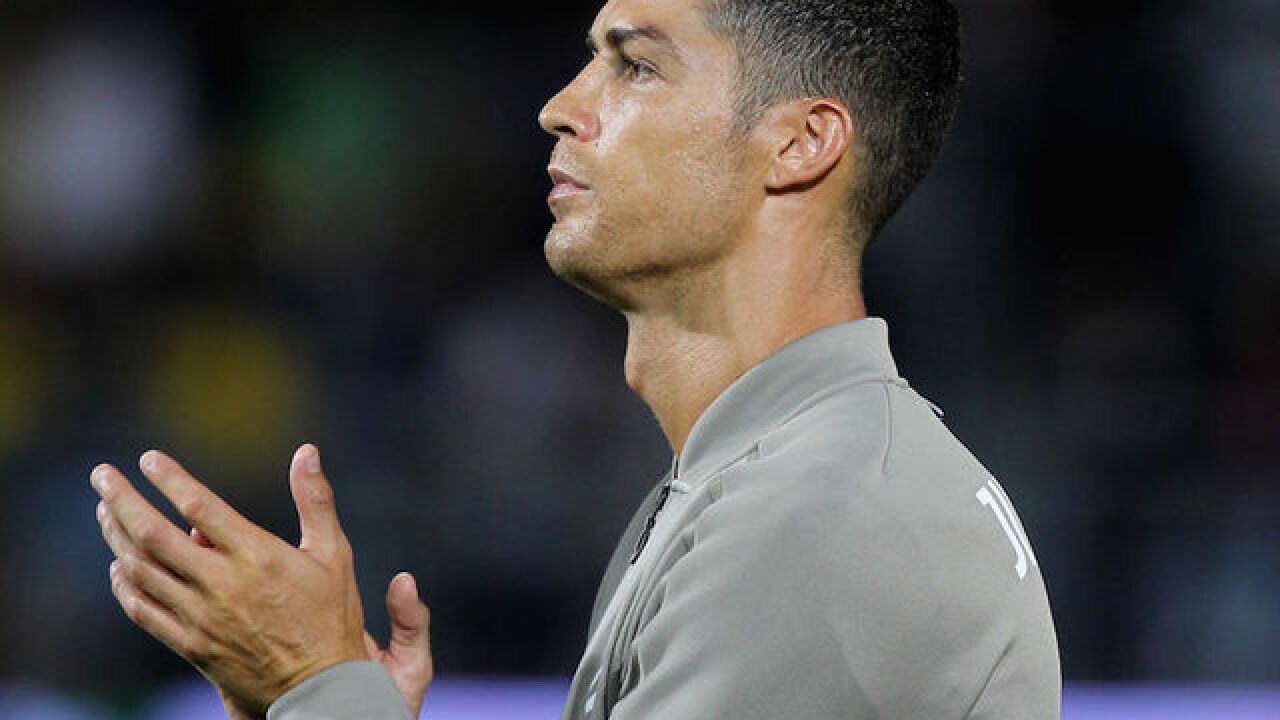 Image copyright 2018 Getty Images. All rights reserved. This material may not be published, broadcast, rewritten, or redistributed.
Paolo Bruno
<p>Cristiano Ronaldo of Juventus shakes the hands during the Serie A match between Frosinone Calcio and Juventus at Stadio Benito Stirpe on September 23, 2018 in Frosinone, Italy. </p>

Cristiano Ronaldo has denied the rape allegations made against him by an American woman, saying he has a "clear conscience."

Kathryn Mayorga says the Portuguese footballer, who now plays for Italian club Juventus, raped her in a Las Vegas hotel room in 2009 while she repeatedly screamed no, according to a lawsuit filed Friday in Clark County, Nevada.

"I firmly deny the accusations being issued against me," Ronaldo wrote on Twitter. "Rape is an abominable crime that goes against everything that I am and believe in.

"Keen as I may be to clear my name, I refuse to feed the media spectacle created by people seeking to promote themselves at my expense.

"My clear conscience will thereby allow me to await with tranquility the results of any and all investigations."

It's not the first time Ronaldo has taken to social media to put forward his side of the story.

The 33-year-old appeared to dispute the claims in an Instagram live post on Friday: "What they said today, fake -- fake news. They want to promote by my name. It's normal. They want to be famous -- to say my name. Yeah but it's part of the job. I'm (a) happy man and all, all good."

Leslie Stovall, Mayorga's co-counsel, was not immediately available for comment.

On Tuesday, Stovall said Mayorga's complaint and her "psychological" injuries, as well as the physical evidence, the settlement and Ronaldo's alleged answers to questions about the assault, are not fake news.

Las Vegas police have re-opened the rape complaint made by Mayorga against Ronaldo. Her lawyer is holding a media conference later on Wednesday in Las Vegas.