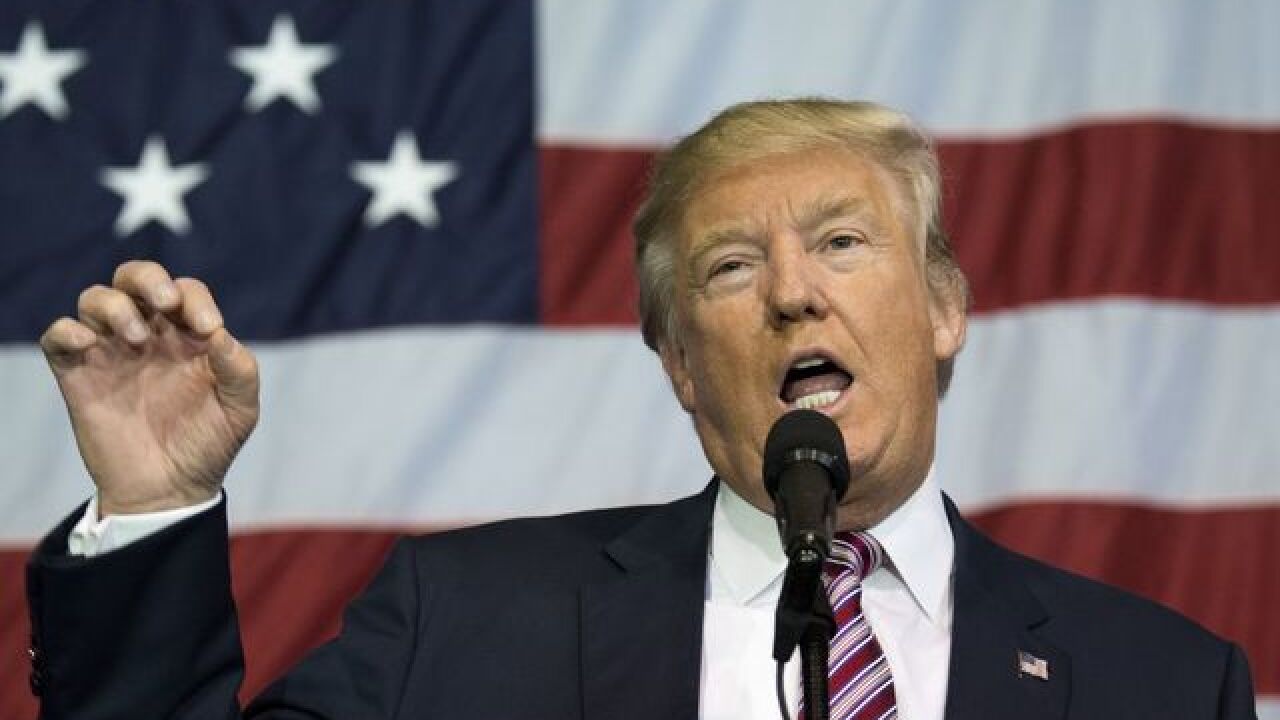 ORLANDO, Fla. (AP) — Clasping the $4,000 check that Orlando area real estate agents handed him, Rep. John Mica stood in the F&D Cantina restaurant and described his pathway to a 13th term in Congress.

"We've got to get everybody out to vote," the Florida Republican told supporters last week. "Don't let it get caught up in any of the other races or issues."

Mica, 73, says Trump's recorded comments about groping women were "vulgar and unacceptable" but still supports him. Yet in central Florida, a pivotal state in presidential and congressional elections, it's not just the polarizing Trump who's threatening Mica's political career, after few serious challenges before.

In a classic battle of old school vs. new, Mica — known for bringing federal transportation dollars back home — faces Democrat Stephanie Murphy, a political newcomer at 38. Her backstory includes her family's harrowing seaborne escape from Vietnam as an infant, degrees from William & Mary and Georgetown University, positions in the Pentagon and the worlds of finance and academia. She even holds a patent for women's softball pants made by a company her husband runs.

Mica and Murphy live blocks apart in Winter Park but say they'd never met until this campaign. Now, they're vying for one of many suburban districts that Democrats must win to achieve what seemed unthinkable until recently — House control.

With only several dozen of the House's 435 seats competitive, Democrats need a daunting 30-seat gain to take over. But with Trump sputtering in the polls and Election Day barely two weeks off, Democrats say and Republicans fear he'll take some congressional Republicans down with him.

President Barack Obama endorsed 30 House Democratic candidates Monday, mostly challengers and including Murphy, as his party sought to use his popularity to gain and hold competitive seats.

Republicans expect to lose seats, and some say privately it's possible but unlikely that Trump will cost them their House majority. Some fault GOP incumbents like Mica for failing to react to the hostile political environment by raising more money and defining their opponents early.

While Republicans are pursuing Democratic seats in California, Florida, Minnesota, Nebraska and New York, most GOP money is focused on protecting vulnerable incumbents. The Congressional Leadership Fund and American Action Network recently announced plans to defend 15 Republican districts from coast to coast, and there are new ads in 11 Republican districts by the National Republican Congressional Committee, the House GOP's political organization.

Democrats buoyed by Hillary Clinton's rising prospects are pouring money into Republican-held districts, including some around New York City, Philadelphia, Las Vegas, Los Angeles and even in some GOP-leaning states.

In Orlando, Mica has raised nearly double Murphy's take. But Democratic groups have spent $1.6 million to help her and plan an additional $2.5 million — compared with virtually nothing yet backing Mica from the GOP side.

One Republican said the NRCC plans to start spending for Mica soon. Still, the discrepancy in outside spending has been striking. Mica said he'd told the committee to stay out unless he needs it.

"Right now, my ship is still afloat," he said.

Making her first run for public office, Murphy seemed slightly uneasy addressing the elderly and veterans at a senior center in Altamonte Springs. She attacked Mica for not fully disavowing Trump, cautiously answered a question about the federal gasoline tax and got her biggest applause for embracing a bill blocking lawmakers' salaries if no budget is passed.

Her TV ad this month links Mica to a yelling, gesticulating Trump and says they "share the same harmful policies" on women's health and guns.

Murphy considers firearms a major concern. Just outside the district is Orlando's Pulse nightclub, where a gunman killed 49 people in June, and it now includes Sanford, where unarmed black teenager Trayvon Martin was fatally shot in 2012.

Asked if gun control is an issue, Mica gestured at the crowd attending a barbecue benefit for student scholarships at a vast Harley-Davidson dealership in Sanford and said: "Talk to these people. I don't think so."

Court-ordered redistricting has left roughly 4 in 10 voters in the district new to Mica, including slightly more Democrats, younger voters from downtown Orlando and Hispanics and blacks. It's now around 30 percent minority.

"He's productive," said Tim Whitefield, 55, a Lake Mary banker. "But if this election is about 'throw the bums out,' he could be gone."