Melania Trump vows to take on cyberbullying as first lady 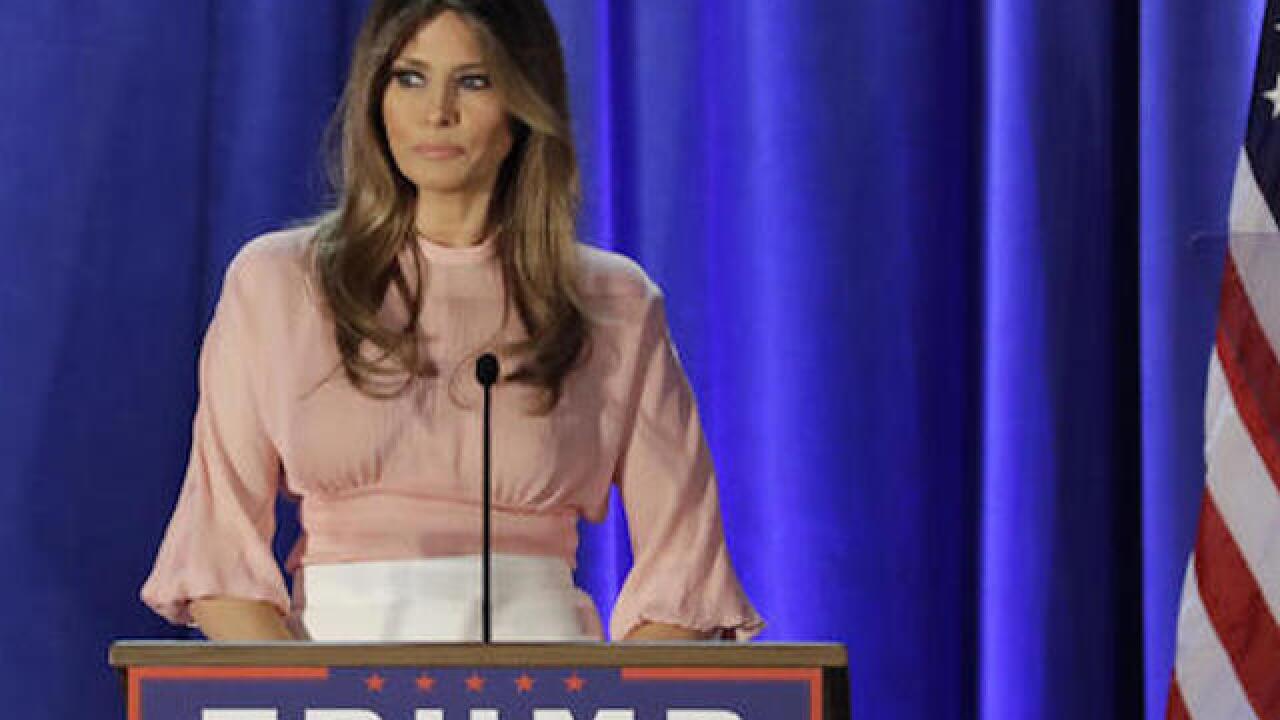 BERWYN, Pa. (AP) — Donald Trump's wife, Melania, made a rare appearance on the campaign trail on Thursday, pledging to focus on combatting online bullying and serve as an advocate for women and children if her husband is elected to the White House.

Her description of the perils of social media seemed at odds with her husband's divisive and bullying rhetoric throughout the campaign.

"Our culture has gotten too mean and too rough, especially to children and teenagers," said Mrs. Trump, delivering a get-out-the-vote speech in the Philadelphia suburbs with less than a week to go before Election Day. "It is never okay when a 12-year-old girl or boy is mocked, bullied or attacked" in the school yard, she argued, but it is "absolutely unacceptable when it is done by someone with no name hiding on the internet. "

The highly personal speech, which also touched on conversations with her young son, her marriage and her own experience as an immigrant, appeared aimed at humanizing her husband in front of an audience of suburban women who are critical to Trump's hopes in Pennsylvania and other key states.

For years, Trump has used his Twitter account to berate and insult his rivals along with reporters, pundits and others who he feels have slighted him. Some educators have even described a so-called "Trump effect" increase in bullying inspired by Trump's bombastic rhetoric.

The appearance came as Trump's rival Hillary Clinton and her allies have tried to paint the Republican nominee as anti-women, a strategy Democrats see as the best hope for rattling him and driving female voters away.

Thursday's speech at the Main Line Sports Center was Mrs. Trump's first since she addressed the Republican National Convention in July. That speech was well-received initially, but was quickly overshadowed by the discovery that sections had been plagiarized from first lady Michelle Obama's address to the 2008 Democratic National Convention.

While Mrs. Trump has given several television interviews and appeared by her husband's side at events, the former model is more often seen than heard. She explains her frequent absence from the campaign trail by saying her priority is raising the couple's 10-year-old son, Barron.

In her remarks, Mrs. Trump described her husband as a "fighter," beholden to no one, who "will never give up."

"He certainly knows how to shake things up, doesn't he?" she joked.

She also spent time describing how, growing up in her native Slovenia, "America was the word for freedom and opportunity. America meant: If you could dream it, you could become it."

Receiving U.S. citizenship after a 10-year process, she said, was "the greatest privilege in the world."

In addition to his wife, Trump's four oldest children have also been campaigning across the country, along with supporters like House Speaker Newt Gingrich and former New York City Mayor Rudy Giuliani.

Meanwhile, Clinton's campaign has deployed her husband, former President Bill Clinton, along with President Barack Obama, Mrs. Obama and a long list of celebrity backers to help her get out the vote.