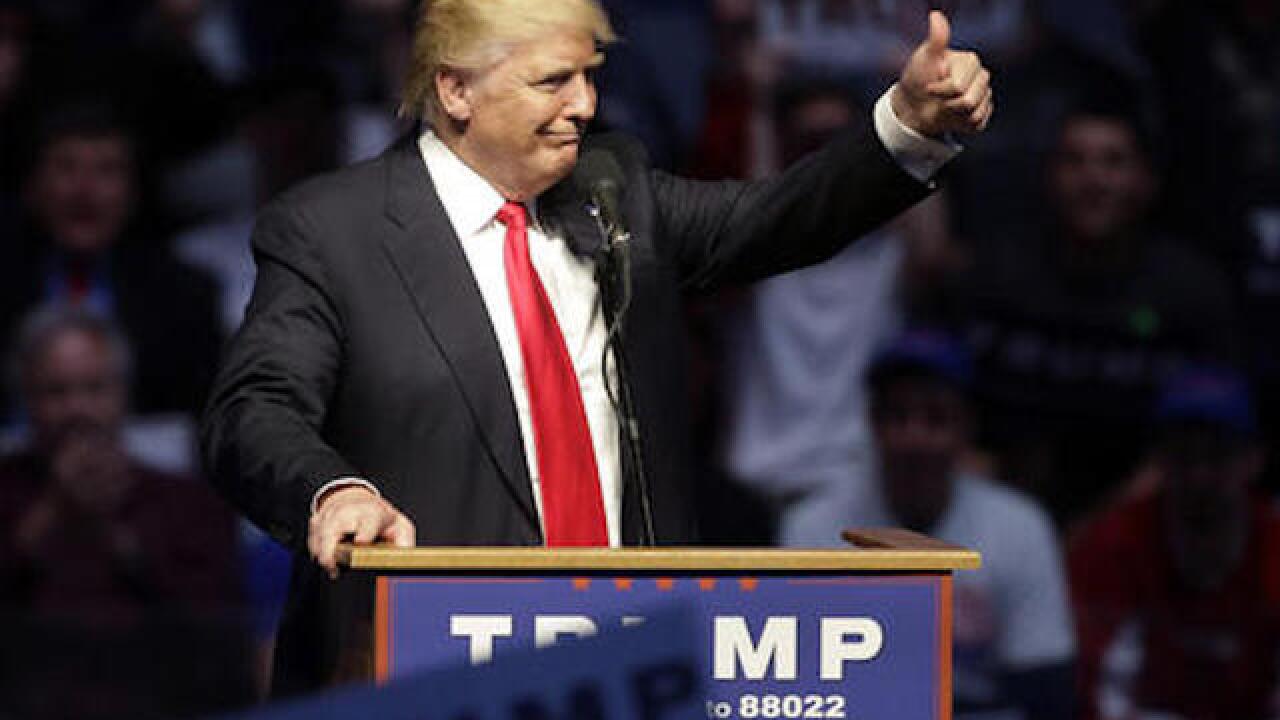 ATLANTA (AP) — Republican presidential candidate Donald Trump's claim that Hillary Clinton is playing "the woman's card" has drawn intense backlash, from the Democratic front-runner herself as well as tens of thousands of critics on social media.

"If fighting for women's health care and paid family leave and equal pay is playing the 'woman card,' then deal me in," Clinton said in Philadelphia as she celebrated wins in four out of five of Tuesday's Democratic primaries.

Trump had leveled the "woman's card" accusation Tuesday after his own five-state primary sweep.

"She's playing that card like I've never seen anyone play it before," Trump said on NBC's "Today" Thursday. "All I'm doing is bringing out the obvious, that without the woman's card, Hillary would not even be a viable person to even run for a city council position."

Trump's remarks prompted social media hashtags like #dealmein and #womancard, the latter ranking among the top 10 global trending topics on Twitter Wednesday, with more than 45,000 tweets by late afternoon.

Voters also circulated video of Mary Pat Christie, the wife of Trump backer and New Jersey Gov. Chris Christie, who stood behind Trump during his victory speech Tuesday and looked as though she was rolling her eyes as he made those comments.

The exchange highlights Trump's perilous standing among female voters who could help propel Clinton to the White House.

An anti-Trump super PAC, backed by Republican donors, last month launched an ad in which unnamed women read aloud quotes Trump has proffered about females. "Bimbo. Dog. Fat Pig," the ad begins, with later references to Trump critiquing "flat-chested" women and referring to "a young and beautiful piece of a--" and a woman "dropping to your knees."

Cruz, who's aiming to topple Trump at the Republicans' July convention in Cleveland, implicitly emphasized the front-runner's turbulent relationships with women Wednesday as he tapped former candidate Carly Fiorina as his would-be running mate, praising her as someone who has "over and over ... shattered glass ceilings."

Four years ago, 11 out of 13 general election swing states went to the nominee who won among women. Of those 11, President Barack Obama, with 55 percent of the female vote nationally, won nine; Republican Mitt Romney won just two.

If Clinton manages an even wider advantage among women than Obama, Democrats say she may get a boost in states like Pennsylvania and Colorado, casting them out of Trump's reach while allowing her to compete in GOP-leaning territory like Georgia and North Carolina.

As for Trump's claim that women "don't like" Clinton, he's wrong at the very least about Democratic primary voters. Exit polls conducted for The Associated Press and television networks in 25 states this year show Clinton won 62 percent of female voters over Bernie Sanders' 36 percent.

In a recent AP-GfK poll of the general population, women weren't significantly more likely than men to have an unfavorable opinion of either Trump or Clinton. Women, however, were more likely than men to say they definitely would not vote for Trump in a general election, 66 percent to 60 percent. About half of men and women said they would definitely not vote for Clinton.

Among Republicans only, primary exit polls have shown Trump facing a gender gap his last remaining rivals do not have. In the 25 states polled, Trump won 36 percent women and 44 percent of men. Cruz and Ohio Gov. John Kasich both demonstrated consistent support across genders.