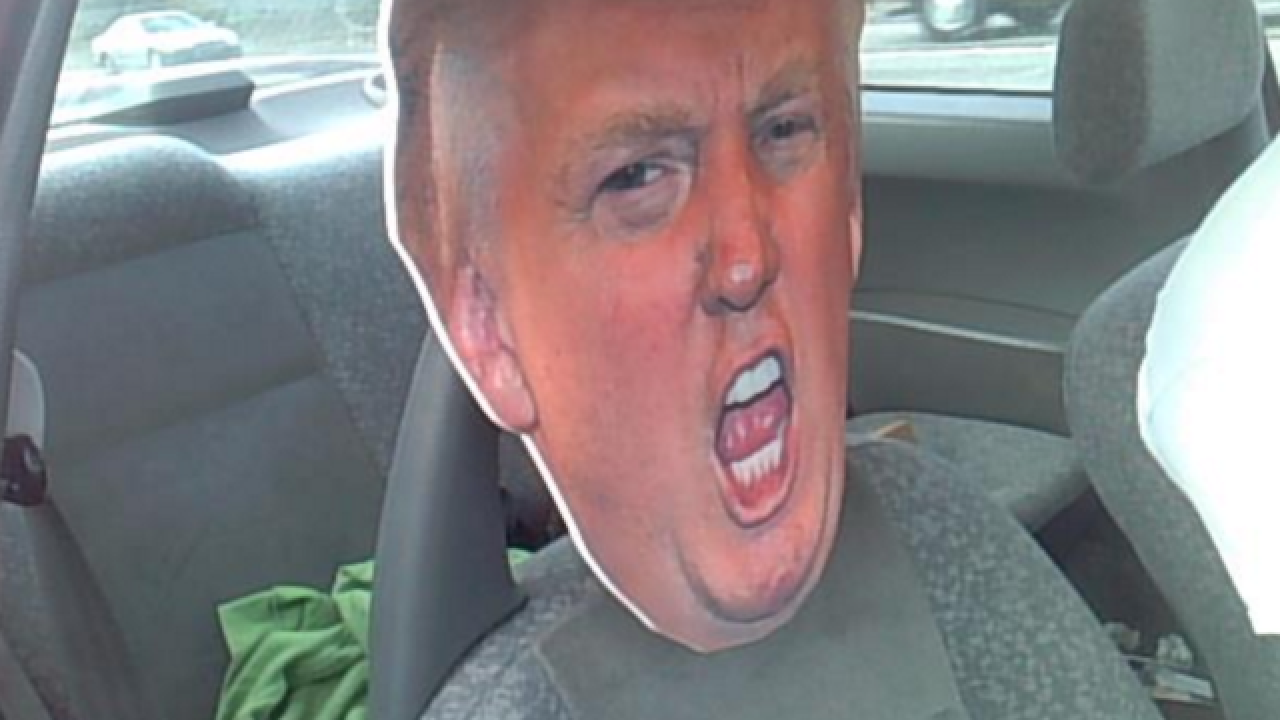 A Washington driver learned the hard way not to use a cutout of Republican nominee Donald Trump as a passenger while in the HOV lane as the driver was fined $136 on Tuesday morning by the state's highway patrol.

The driver was traveling on Route 167 in Auburn, Washington when trooper Greg Ulrich spotted the fake Trump cutout. Highway patrol officials said that the driver was laughing about the incident, and was not upset about the fine.

Drivers who use the HOV lane are either required to pay a toll or have a passenger. Unfortunately for the driver, the cutout did not suffice as a passenger.

No word on whether the driver was actually a Trump supporter.