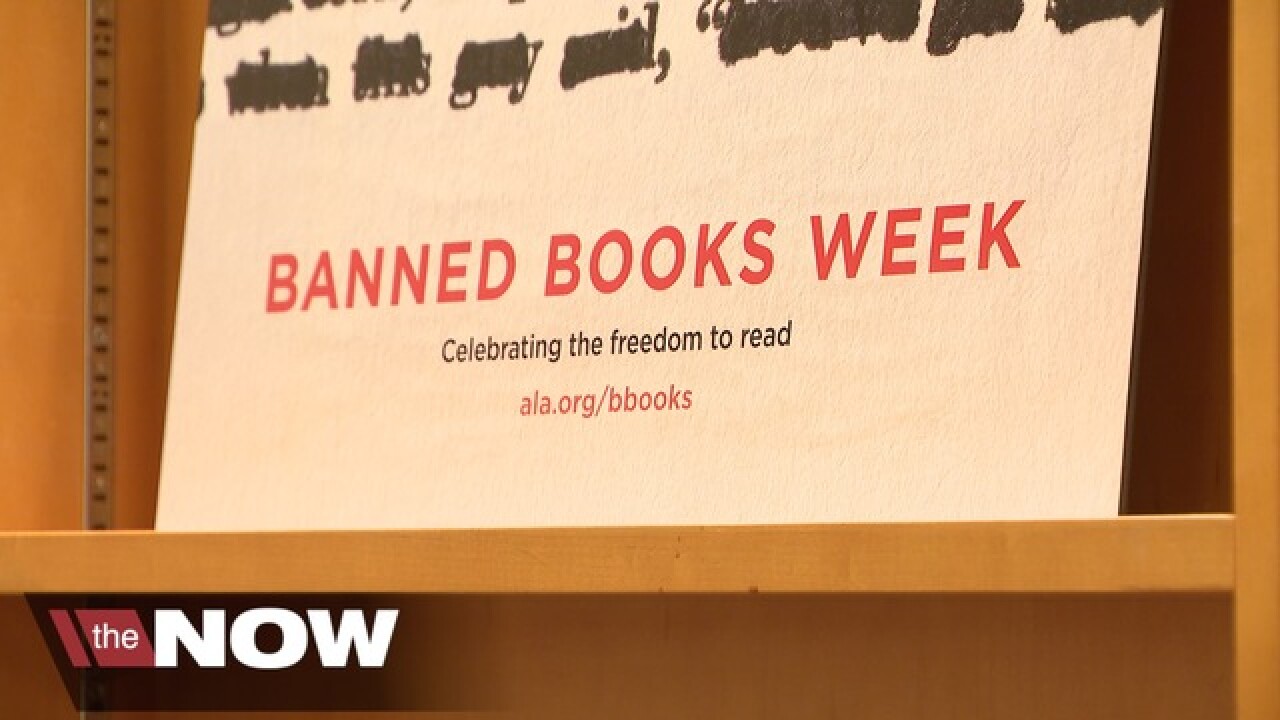 You might not think "The Bible" and "50 Shades of Grey" have much in common. But they do. They are two of the most challenged books in the country. One expert says the books on the list point to more about our country than reading preferences, and instead reflect the biggest issues going on in society like sexuality, racism and religion.

Bill Kurtz is searching for a book everyone in his book club will enjoy. A book with drama, action, suspense and maybe even a little controversy.

"It provokes more discussion," Kurtz says. "If it's just a layup book everybody goes to sleep. For book club it's good."

That's why he's drawn to books that have been challenged.

"I don't mind challenged but as long as it stops there," Kurtz says.

The American Library Association tracks the the top ten most challenged books. The popular "50 Shades of Grey" ranked second.  Coming in at number six is the Bible.

"You can really sense if you go back and look at the top 10 list over past years you can see kind of what was uneasy in society at the time," Fewell says.

For instance, three of the 10 books on the most recent list focus on homosexuality and transgender issues.

"With TV shows coming out and Caitlyn Jenner, I think it's really out there the awareness," Fewell says. "And so then when people come to the library and see that, they want to tell us. I don't agree with that. Or I do agree with that."

Fewell loves the open dialog the list creates. And Kurtz likes having the option of reading books on any topic.

This Is "Banned Books Week" which is designed to draw attention to the issue. The top five most challenged books are:
"Looking For Alaska" By John Green.
"Fifty Shades Of Grey" By E.L. James.
"I Am Jazz" By Jessica Herthel And Jazz Jennings.
"Beyond Magenta: Transgender Teens Speak Out" By Susan Kuklin.
And "The Curious Incident Of The Dog In The Night-Time" By Mark Haddon.