They hung up a fake poster at McDonald's to make a point about representation, and it's still there 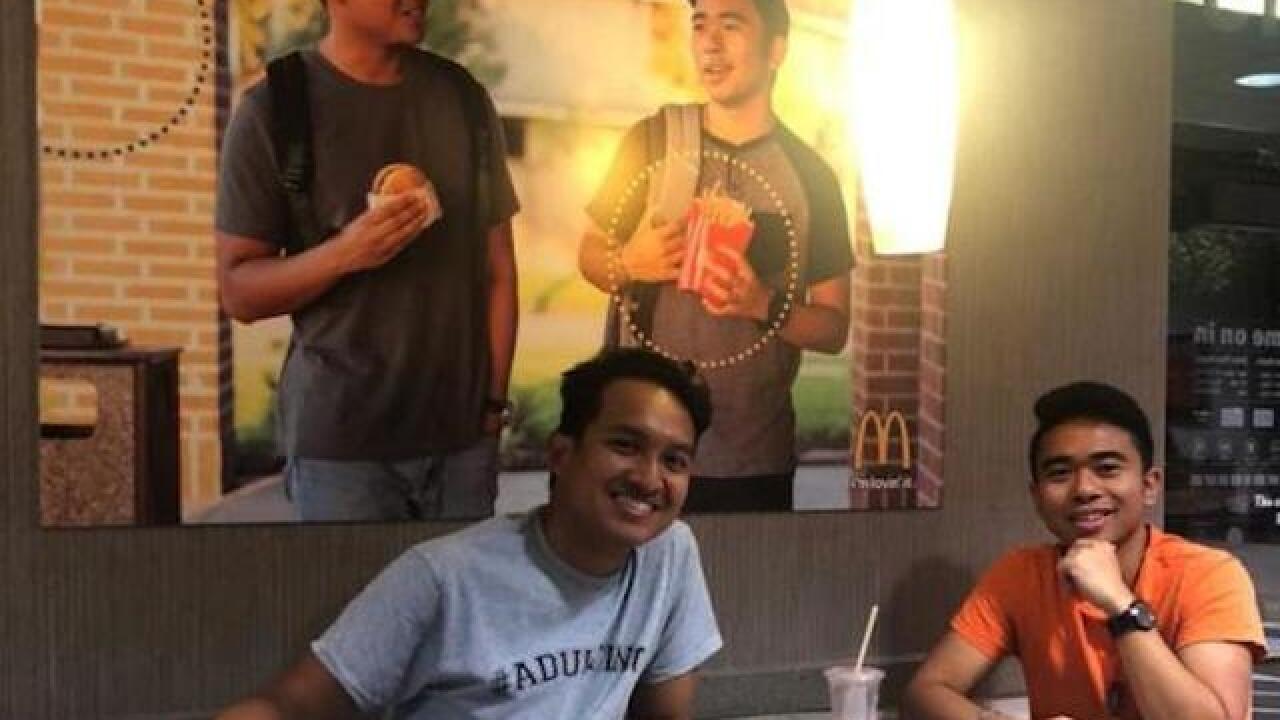 © 2018 Cable News Network, Inc.
CNN
<p>Two University of Houston students hung a fake poster of themselves on one of the walls of their local McDonald's that went unnoticed for several weeks.</p>

Jevh Maravilla just wanted an order of fries, and to see more Asians on the posters at his favorite McDonald's.

After placing an order at the fast-food chain in Pearland, Texas, Maravilla noticed the store didn't have a single advertising poster that represented him or his friends.

Bothered by the lack of Asian representation at a place he goes to often, he took it upon himself to fix it. About $100 later, the local chain now has a poster of two Filipinos enjoying some Mickey D's.

"I noticed there was a blank wall at McDonald's, so I decided to make this fake poster of me and my friend," Maravilla tweeted, along with a photo of the two friends sitting by the poster.

The fake advertisement was hung up on July 13, and after 51 days, Maravilla thought it would be a good idea to share their mischief with the world. The world responded: his tweet had more than 900,000 likes and was shared over 237,000 times.

"We both can't believe how much attention this has been getting. I hope this can open the eyes to not just McDonald's, but other major companies can embrace different ethnicities," Maravilla told CNN.

The two friends spent a month creating the poster. The most challenging part was sneaking it inside the restaurant.

Maravilla found a McDonald's uniform shirt at a thrift store for $7, drove to the restaurant, and, with the help of two friends, he managed to put it up.

"McDonald's is a worldwide corporation so we wanted to make the biggest impact if possible," said Maravilla.

And his efforts didn't go unnoticed. The local restaurant is keeping the poster up for a while.

"We take pride in highlighting diversity in every aspect of our restaurants. We applaud these students' creativity and hope to see them in our restaurants again soon," said Mariselle Quijano, who owns that particular McDonald's.

When asked if he had any other requests for the company, Maravilla said yes.

"Please hire me to be a poster model," he joked. "But really, representation matters!"