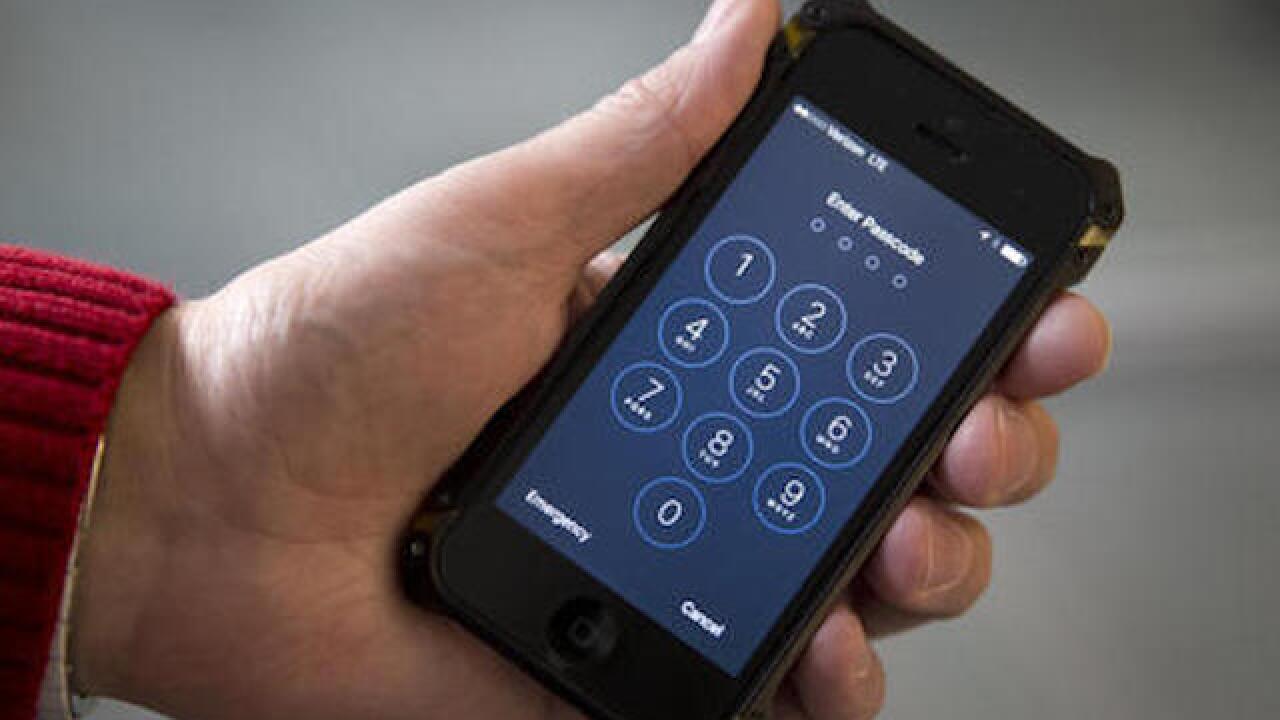 Carolyn Kaster
<p>FILE - This Feb. 17, 2016 file photos an iPhone is seen in Washington. The dispute over whether Apple must help the FBI hack into a terror suspect's iPhone is about to play out in a Southern California courtroom. The hearing Tuesday, March 22, in U.S. District Court in Riverside is the first in the battle that has seen Cook and FBI Director James Comey spar over issues of privacy and national security. (AP Photo/Carolyn Kaster,File)</p>

WASHINGTON (AP) — FBI Director James Comey hinted at an event in London on Thursday that the FBI paid more than $1 million to break into the locked iPhone used by one of the San Bernardino attackers.

Comey was asked during a question-and-answer session at an Aspen Security Forum event how much the FBI paid for the method from an unidentified third-party to access the phone.

He did not give a precise number but said it was "more than I will make in the remainder of this job, which is seven years and four months, for sure." He added that he thought the payment was "worth it."

The Justice Department last month revealed that an entity outside the government had approached it with a method that could be used to open the phone used by Syed Farook, who along with his wife killed 14 people in the December attacks before dying in a police shootout.

The revelation came after a federal magistrate had directed Apple Inc. to help the FBI hack into the phone. The FBI had said that it wanted access to the phone as part of its investigation into the attacks.

Federal officials have said that the method from the third party was successful, though they haven't publicly revealed what it entailed.