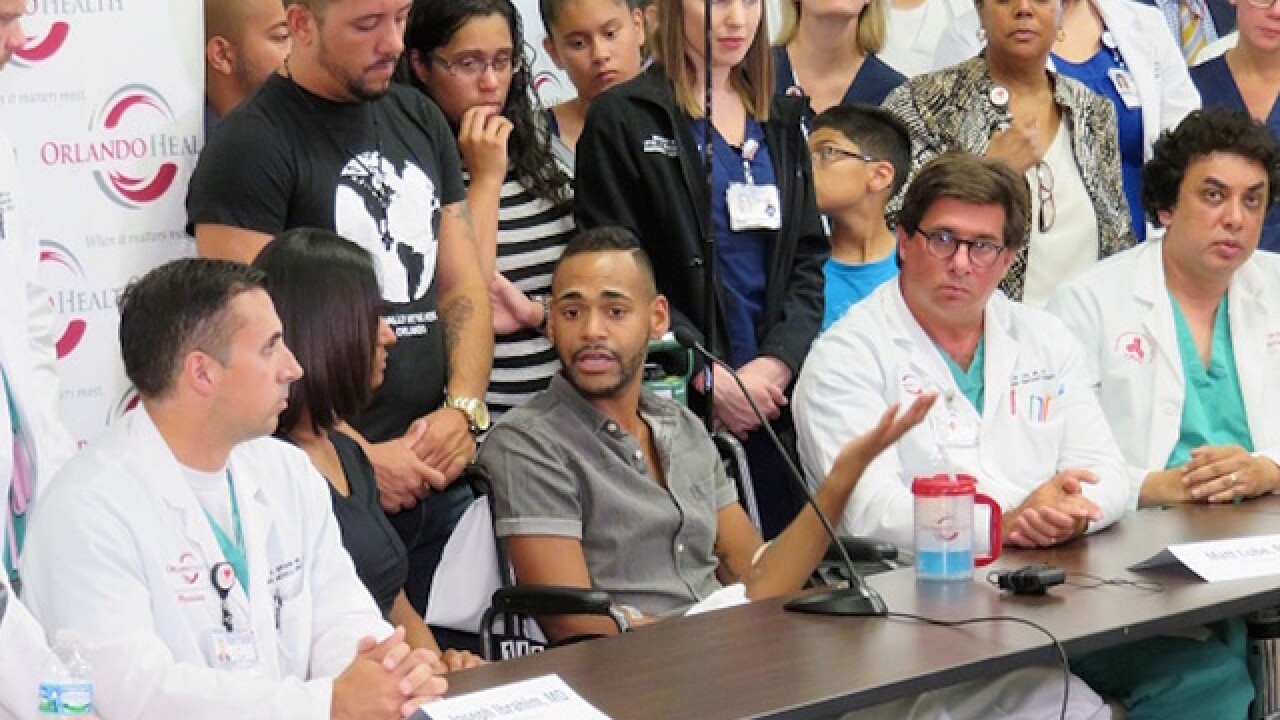 Copyright Getty Images
Kyodo News
<p>Angel Colon (3rd from R in front), a survivor of the shooting spree at a gay nightclub in Orlando, Florida, speaks to the press at a hospital near the crime scene on June 14, 2016. Colon, who was shot several times, describes the fear he felt when the gunman opened fire, killing 49 people. (Photo by Kyodo News via Getty Images)</p>

Survivors of one of the deadliest massacres in United States history will not have to worry about paying back their hospital bills following the shooting. Orlando Health and Florida Hospital announced Thursday it is writing off an estimated $5.5 million in hospital dues for the victims of the Pulse Nightclub massacre on June 12, According to the Orlando Sentinel.

The Sentinel reports that Orlando Health will only bill insurance companies, and any outstanding costs will be forgiven. Florida Hospital said it is not going to charge insurers or patients. The hospitals said they also would not charge the families of deceased victims for any care they received.

"The pulse shooting was a horrendous tragedy for the victims, their families and our entire community," Orlando Health President and CEO David Strong told the Orlando Sentinel. "During this very trying time, many organizations, individuals and charities have reached out to Orlando Health to show their support. This is simply our way of paying that kindness forward."

Mario Lopez, a 34-year-old from Miami, told the Sentinel his seven-hour stay in the hospital would have cost $20,000. Lopez was grazed by a bullet and landed on glass during the shootout.

"I just went out for a fun night with friends. No one expected this to happen. My life was turned upside down, and then I had to worry about how I was going to pay back the hospital," Lopez told the paper.

The news drew praise not only from victims, but from Democratic presidential nominee Hillary Clinton.

"Thank you to the Orlando Health and Florida Hospital for showing empathy and kindness in the face of hate," Clinton said in a tweet on Thursday.