Friday the 13th: The tattoo tradition you've never heard of 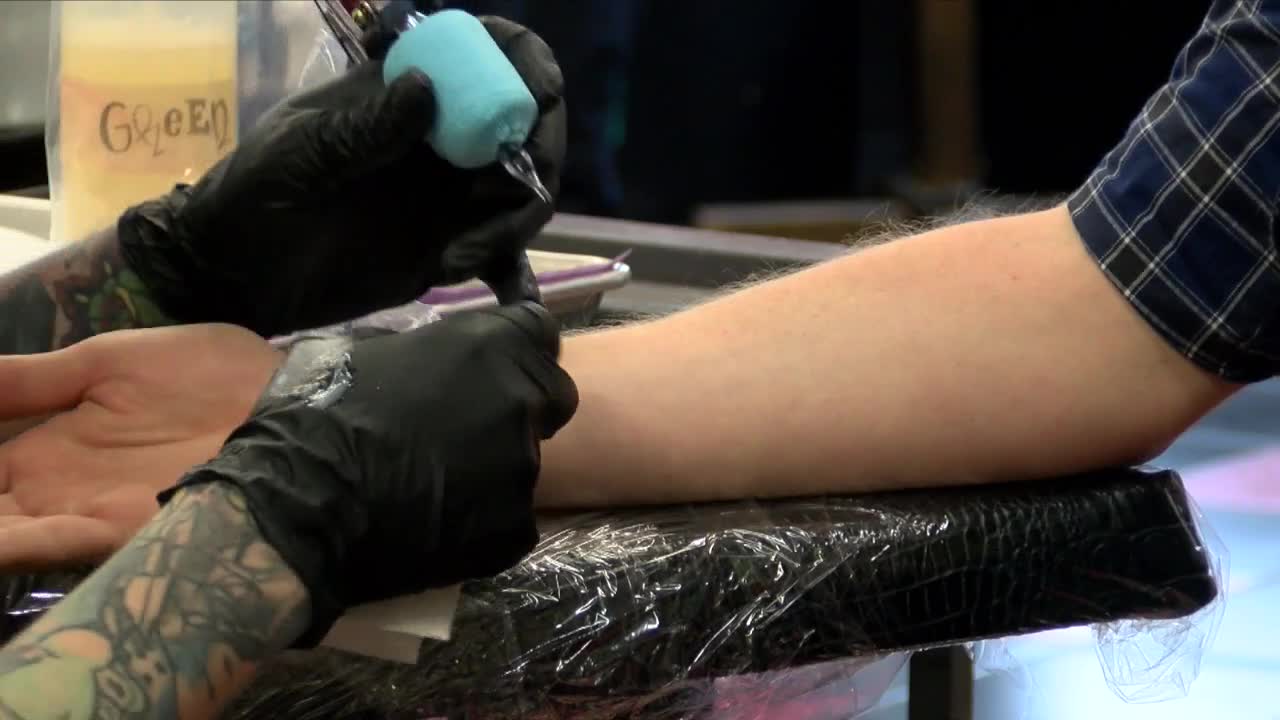 Friday the 13th is the Black Friday of Tattoo Shops

MILWAUKEE — Amid the Thanksgiving, Hanukkah, Christmas and Kwanzaa holiday festivities, there is one more holiday taking place this year you may not know about: Friday the 13th.

It's not just about werewolves, full moons and Jason Voorhees. It's about getting cheap — and sometimes free — tattoos.

"It's like a Black Friday kind of for tattoos," said Joe Roethel, a tattoo artist at Atomic Tattoo in Milwaukee.

Every Friday the 13th, he said, long lines form hours before the store opens up. It's a tradition for many.

"Friday the 13th collectors that come every year and kind of get a little piece," he said.

It's all about the discount though.

"Some designs will be $13 and that includes a $7 mandatory tip," Roethel said. "Otherwise, we have slightly bigger designs that are going to be $31 with a mandatory $9 tip."

Pretty good deal for a tattoo. The catch? You only get to pick from a select number of designs.

"Each artist will do like a preset design sheet of like 20 different designs," Roethel said while looking at a design sheet. "We kind of print sheets off the day of, so it's kind of a surprise when they show up.”

According to a New York Times article, this tradition was started by a guy named Oliver Peck, who owns Elm Street Tattoo in Dallas, back in 1996. The tradition stuck and is now celebrated at tattoo parlors throughout the country.

However, not everyone is a fan of the unofficial holiday. Atomic Tattoo is one of the few places that does it around Milwaukee.

"I guess having people that aren’t normal clients of your shop that come just for the deal," he said.

Another issue Roethel said is that it sometimes becomes too trendy and loses its special meaning for tattoo enthusiasts.

However, Roethel likes giving back to the customers and giving them a deal.

"I'm one of the newer artists, so I really look forward to it," he said.

This story was originally published by James Groh on WTMJ.