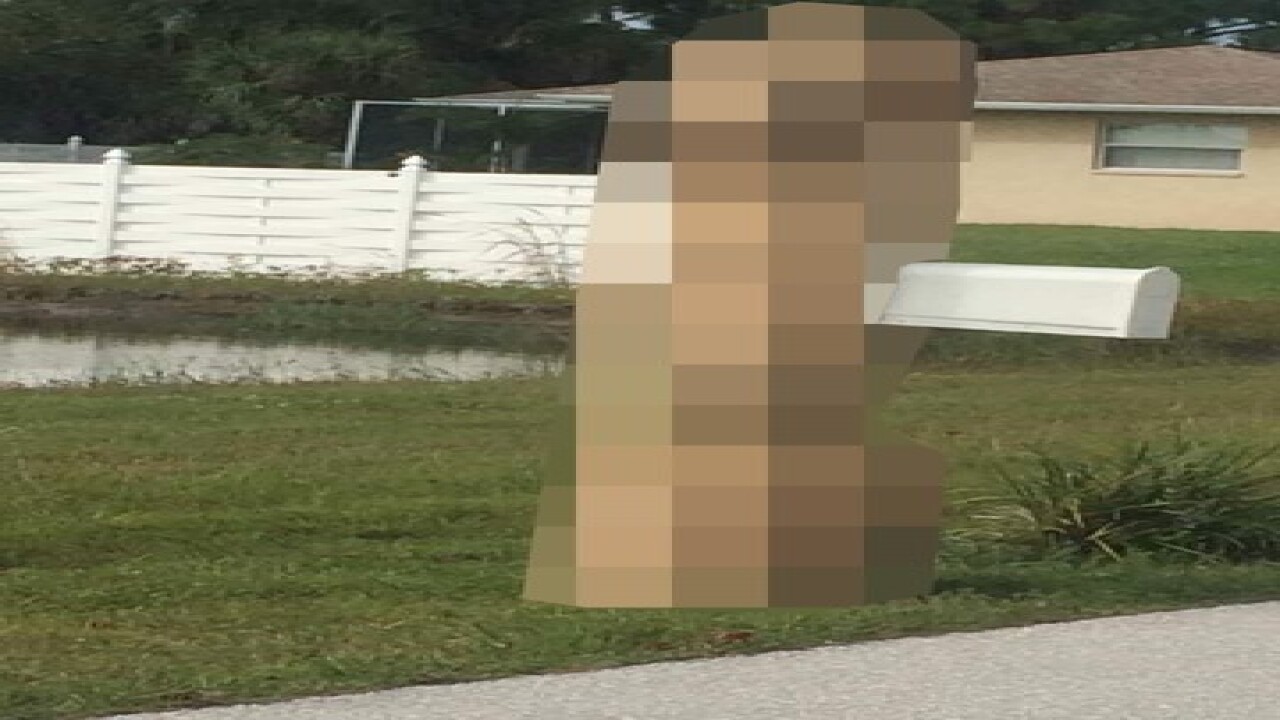 A Florida woman's uniquely shaped mailbox is turning heads in her neighborhood.

It's a ... well, how about we have those who live on the street have a crack at describing it first.

"Large, round, cylinder statue that resembles a piece of anatomy," says Robert Skidmore.

"No mistaking it for a dolphin or whale or other unique Florida art," says Zecchino.

Perhaps the most surprising thing about this phallic mailbox? The woman's son gave it to her as a gift.

"I just told her that I had a surprise for her," says Gary Winthrop.

She still laughs when she's sees the new mailbox, which was custom ordered and carved out of solid wood by a local artist.

It certainly sticks out more than the other run-of-the-mill mailboxes in their East Englewood neighborhood. "It's about six feet, six inches; weighs in at about 500 pounds."

Although some neighbors have been flipping out about it. "Some of the neighbors put real estate magazines in her mailbox to basically tell her to move and give her some dirty looks," says Winthrop.

But what about the person that is supposed to put mail in the mailbox? Gary recorded video of the mailman arriving at the new mailbox. "Is this legal?  Can I have this up?"  Gary asked. "I guess so, I don't think there's anything wrong with it," replied the mailman.

Even though Gary put it up just a few days ago, it already has become a landmark. "As part of my weekly forced marches through this neighborhood, I use that as a homing beacon to determine my position and chart my course.," jokes Zecchino.

But it's safe to say after Gary's latest gift, he doesn't have to go out of his way with the holidays fast approaching. "I don't think he needs to get me anything. This is enough for a while," says Sue.

Gary says he will keep trying to cook up artistic ways to push the envelope and get people talking.