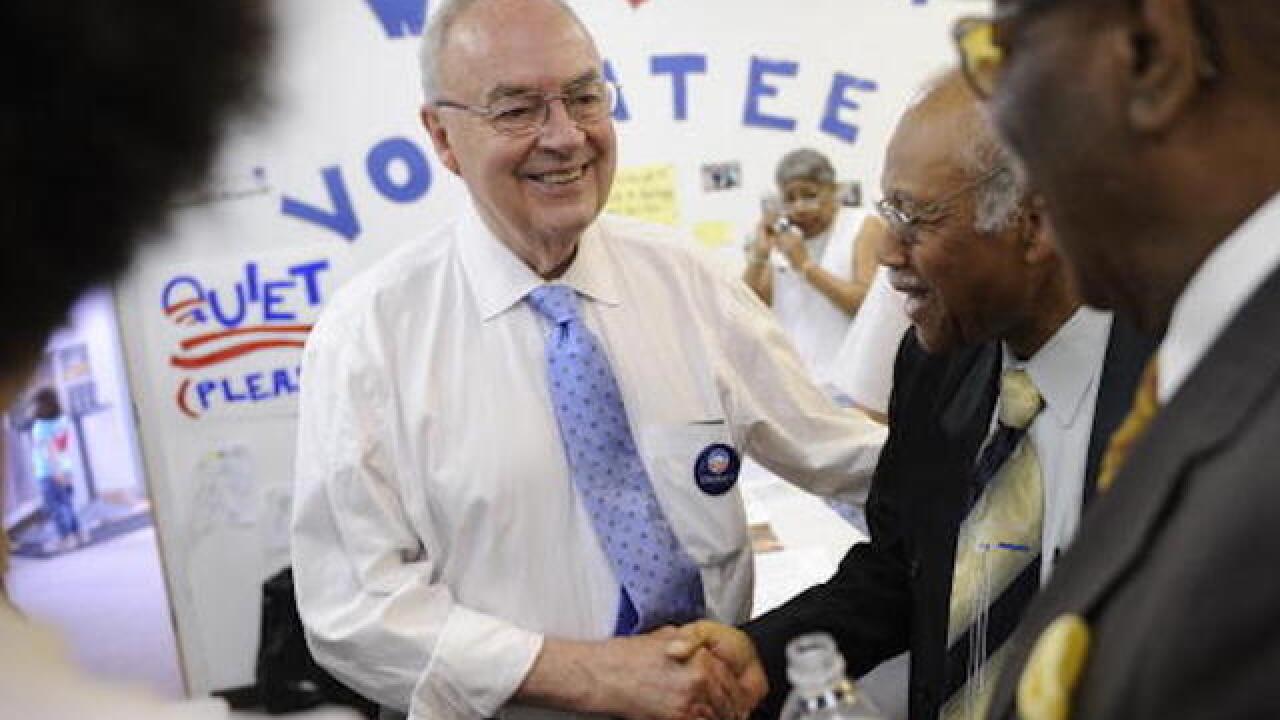 Harris Wofford, a longtime politician and senator from Pennsylvania, announced in a New York Times article on Sunday that he was marrying a man 20 years after the death of his wife.

Wofford, who is 90, announced that he will marry his longtime partner, 40-year-old Matthew Charlton.

Wofford has been a fixture in the Democratic party since the 1960s, when he worked closely with both John F. Kennedy and Martin Luther King, Jr., He also served as chairman of the Pennsylvania Democratic Party in the 1980s, and served as the state’s Secretary of Labor and Industry before being elected to the Senate in 1991.

Clare, Wofford’s wife of 48 years, died of leukemia in 1996. At 70 years old, Wofford wrote that he felt he was too old to find love again.

“I was sure I would never again feel the kind of love Clare and I shared,” Wofford wrote.

Wofford met Charlton on the beach in Ft. Lauderdale in 2001. The two began a romantic relationship and have been together for 15 years.

“I don’t categorize myself based on the gender of those I love. I had a half-century of marriage with a wonderful woman, and now am lucky for a second time to have found happiness,” Wofford wrote.

According to Wofford’s piece, he and Charlton will be married next Saturday.