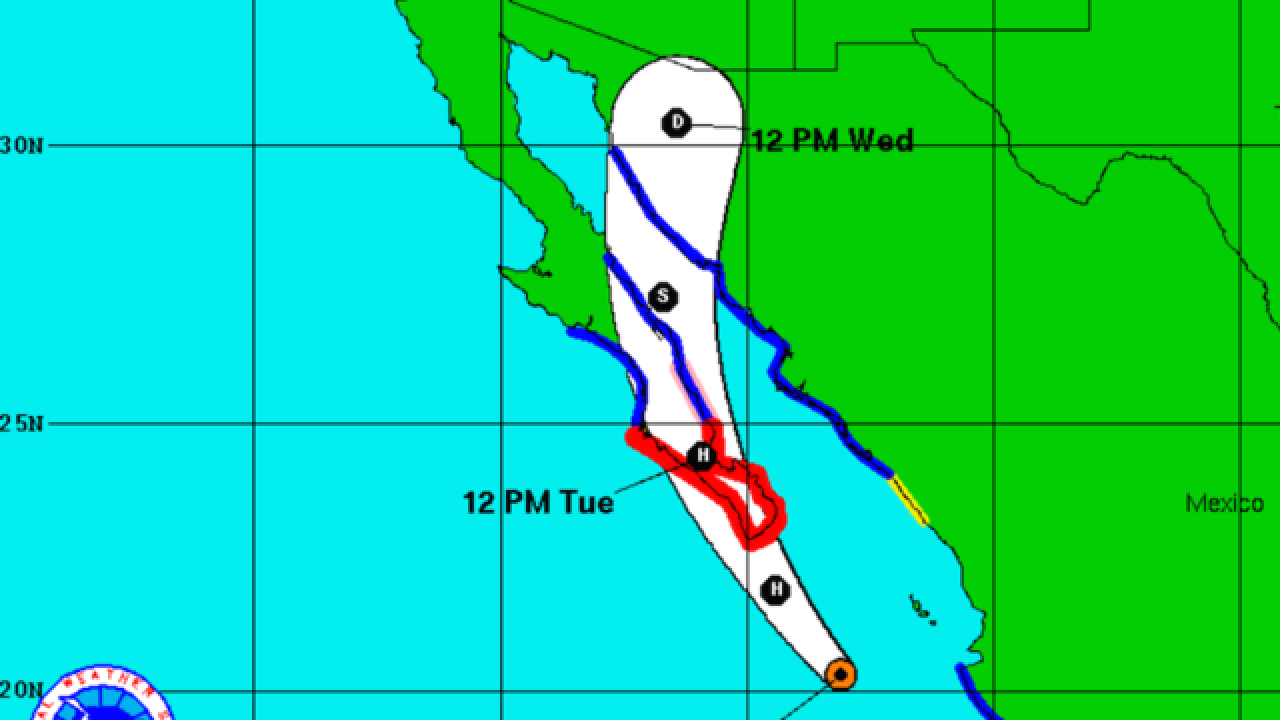 <p>Tropical Storm Newton in the Pacific has strengthened into a hurricane.</p>

Newton's maximum sustained winds increased to 75 mph (120 kph), according to the U.S. National Hurricane Center in Miami, making it a Category 1 hurricane. The storm was centered about 215 miles (350 kilometers) southeast of Cabo San Lucas and San Jose del Cabo and was moving northwest at 16 mph (26 kph) on a forecast path that would bring it near or over the area Tuesday morning.

Some foreign tourists were still walking the streets of Cabo San Lucas on Monday even as workers began nailing plywood over the windows of businesses.

"There is no need for mass buying," he said. "There is enough food and fuel for the next 20 days."

Los Cabos police were stationed at shopping malls to guard against the kind of looting that occurred after Hurricane Odile struck the area in 2014 as a Category 3 storm, with 125 mph (205 kph) winds.

Earlier Monday, as a tropical storm, Newton dumped torrential rains that prompted some 100 people to evacuate their homes and damaged residences in Uruapan in the Pacific coast state of Michoacan, the city government reported.

Some roads were blocked by flooding and mudslides in the neighboring state of Guerrero, where some people were evacuated by helicopter. No deaths were reported in either state.

A hurricane warning was in effect for Cabo San Lucas and the nearby coastline. Coastal portions of five Mexican states could see 5 to 10 inches of rain, with isolated maximums of 15 inches, the hurricane center said.

Newton was expected to cross over the peninsula and enter the Gulf of California, also known as the Sea of Cortez, on Wednesday. The hurricane center said the storm was likely to continue north into Arizona as a tropical depression later in the week.