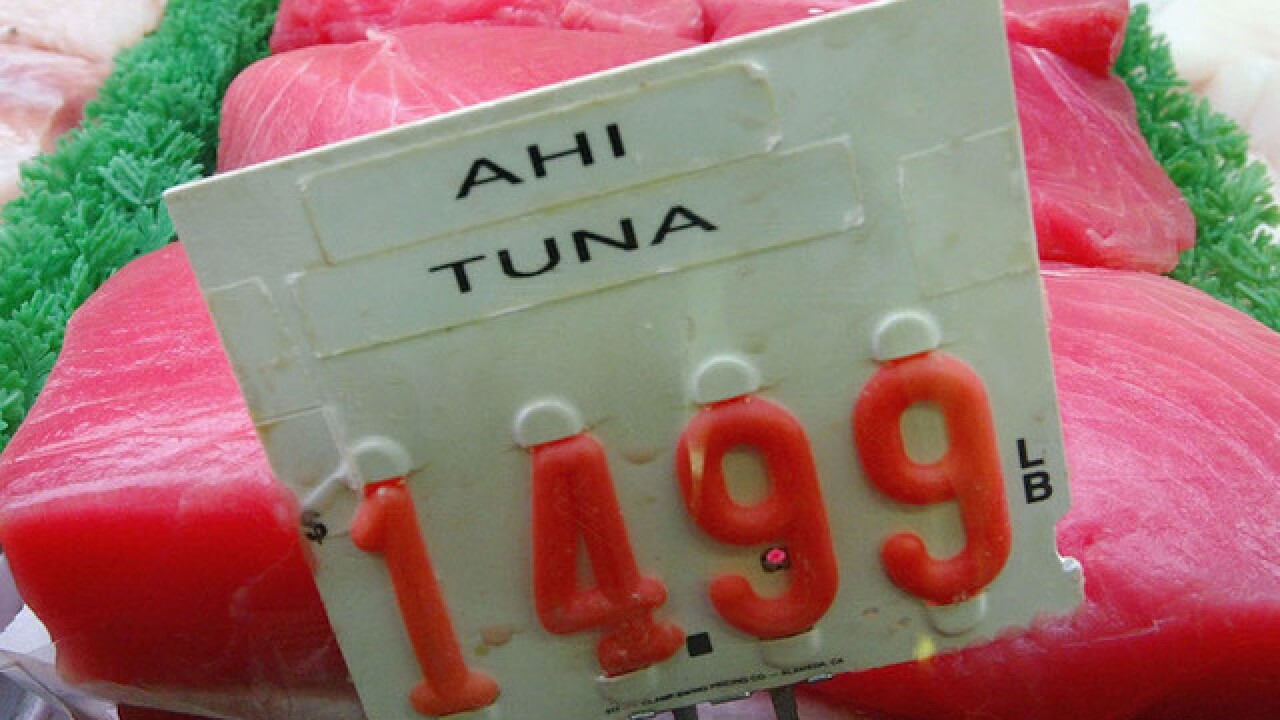 Imported, frozen raw tuna cubes distributed on an island in Hawaii tested positive for hepatitis A.

The ahi cubes, distributed by Tropic Fish Hawaii, LLC on Oahu was imported from Indonesia and used to prepare poke sold between April 27-May 1, health officials said.

"It was sold at Times Supermarket and Shima’s locations in Aiea, Kailua, Kaneohe, Kunia, Liliha, Mililani, Waipahu, and Waimanalo, the recall alert said. :The product was also used to prepare food served or sold by GP Hawaiian Food Catering, the Crab Shack Kapolei (also known as Maile Sunset Bar & Grill in Kapolei), Aloha Sushi at 3131 N. Nimitz, and the ABC store at 205 Lewers St. Customers who purchased and consumed the product and are not vaccinated for hepatitis A are advised to consult with their doctor about vaccination."

“Times Supermarket and Tropic Fish notified the department as soon as they learned of the test results on the imported fish,” said Peter Oshiro, chief of the DOH Food Safety Program. “All of the product is being traced, collected and held by the distributor. Fortunately, in this case, Tropic Fish Hawaii kept excellent records and has been contacting all retailers and pulling the product quickly.”

“Because it generally takes two weeks for those infected to develop symptoms of hepatitis A, vaccination or immune globulin can still provide some protection against the disease for those who may have been exposed in the last week,” said Dr. Sarah Park, state epidemiologist. “We remind those who received their first dose of hepatitis A vaccination during an earlier outbreak on Oahu to obtain their second dose for long term immunity.”

According to the recall, anyone who consumed poke from the affected food establishments between April 28 and May 1 may have been exposed to hepatitis A.

They are advised to:

• Contact their healthcare provider about receiving hepatitis A vaccine or immune globulin (IG), which may provide some protection against the disease if administered within two weeks after exposure.

• Monitor their health for symptoms of hepatitis A infection up to 50 days after exposure.

• Wash hands with soap and warm water frequently and thoroughly, especially after using the bathroom and before preparing food.

• Stay at home and contact their healthcare provider immediately if symptoms of hepatitis A infection develop.

"Symptoms of hepatitis A infection usually appear 2–6 weeks after exposure and include fever, fatigue, loss of appetite, abdominal discomfort, dark urine, diarrhea, and yellow skin and eyes. Individuals, including food service employees, exhibiting symptoms of hepatitis A should stay home and contact their healthcare provider," the recall announcement said.