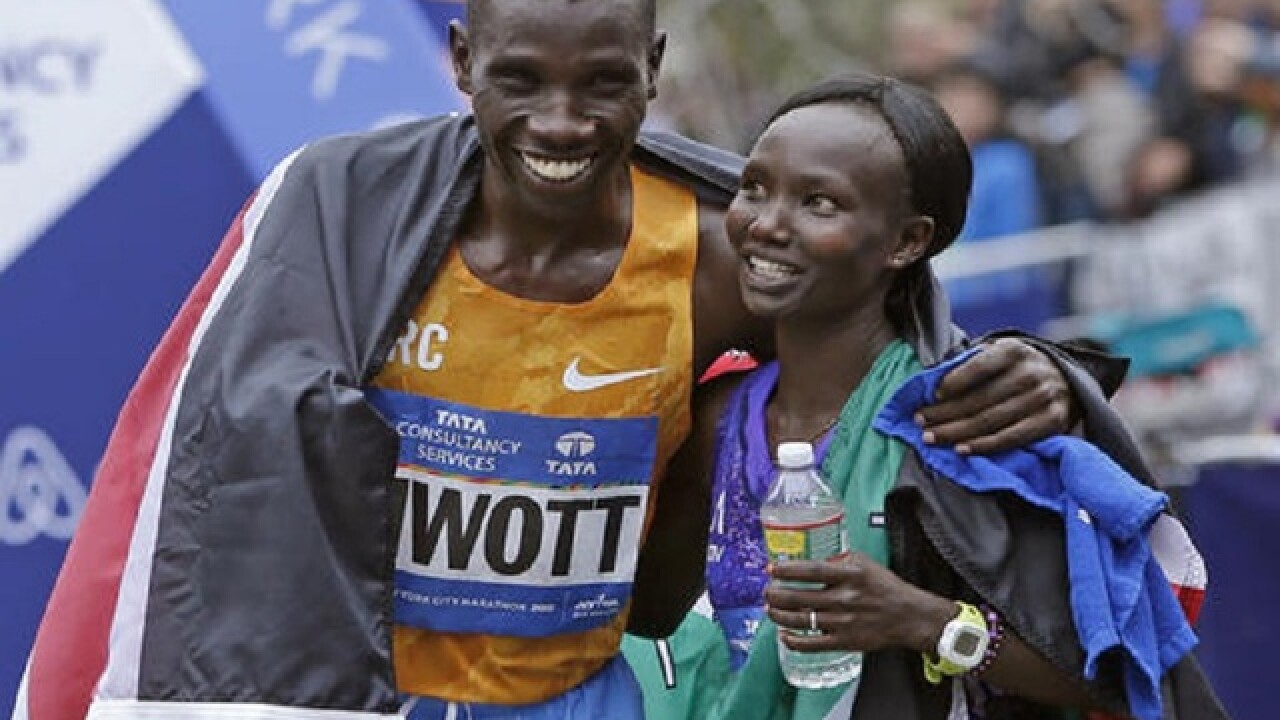 NEW YORK (AP) — Mary Keitany has won her third straight New York City Marathon to become the first woman to win three consecutive marathons in New York since Grete Waltz's five-year run from 1982 to 1986.
The 34-year-old Kenyan defended her title Sunday in an unofficial time of 2 hours, 24 minutes, 26 seconds, beating countrywoman Joyce Chepkirui by nearly four minutes.
Last year, Keitany pulled away around the 21-mile mark. On Sunday, she began getting a sizable lead at the 15-mile mark as the race crossed the Queensboro Bridge into Manhattan.
Keitany reached Manhattan in less than 90 minutes. As she began running up First Avenue, television commentators referred to her as "The Boss of New York City," and following the 20-mile mark, Keitany led by more than two minutes.
Molly Huddle placed third in her debut after setting an American record at the 10,000 meters in the Rio Olympics.
Copyright 2016 The Associated Press. All rights reserved. This material may not be published, broadcast, rewritten or redistributed.