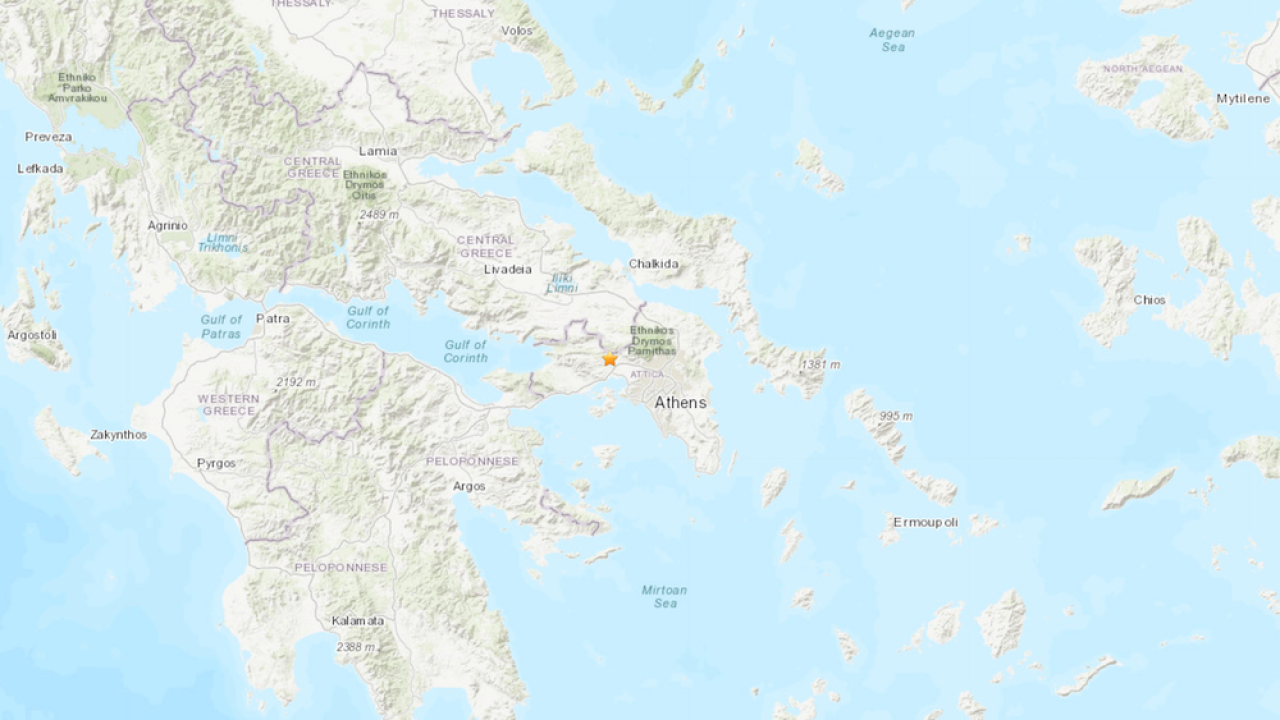 A strong earthquake shook the Greek capital Athens on Friday, sending people rushing out of buildings and into the street.

The 5.1 magnitude tremor struck 23 kilometers (14 miles) northwest of the capital, near Magoula, according to the Athens Institute of Geodynamics.

The Institute said there had been seven aftershocks, with the largest measuring 3.1.

Residents who contacted the European-Mediterranean Seismological Centre said the quake was strong but short, describing televisions shaking and objects falling from bookshelves.

There were no immediate reports of serious damage or injuries.

The Ministry of Citizen Protection in Athens said the city's fire brigade and police were being deployed. Two helicopters were also assessing the extent of damage.

Greece is one of the most earthquake-prone countries in Europe due to its fault lines. The country is situated at a convergence point where three massive plates of the earth's crust -- Eurasian, Arabic and African -- grind together.