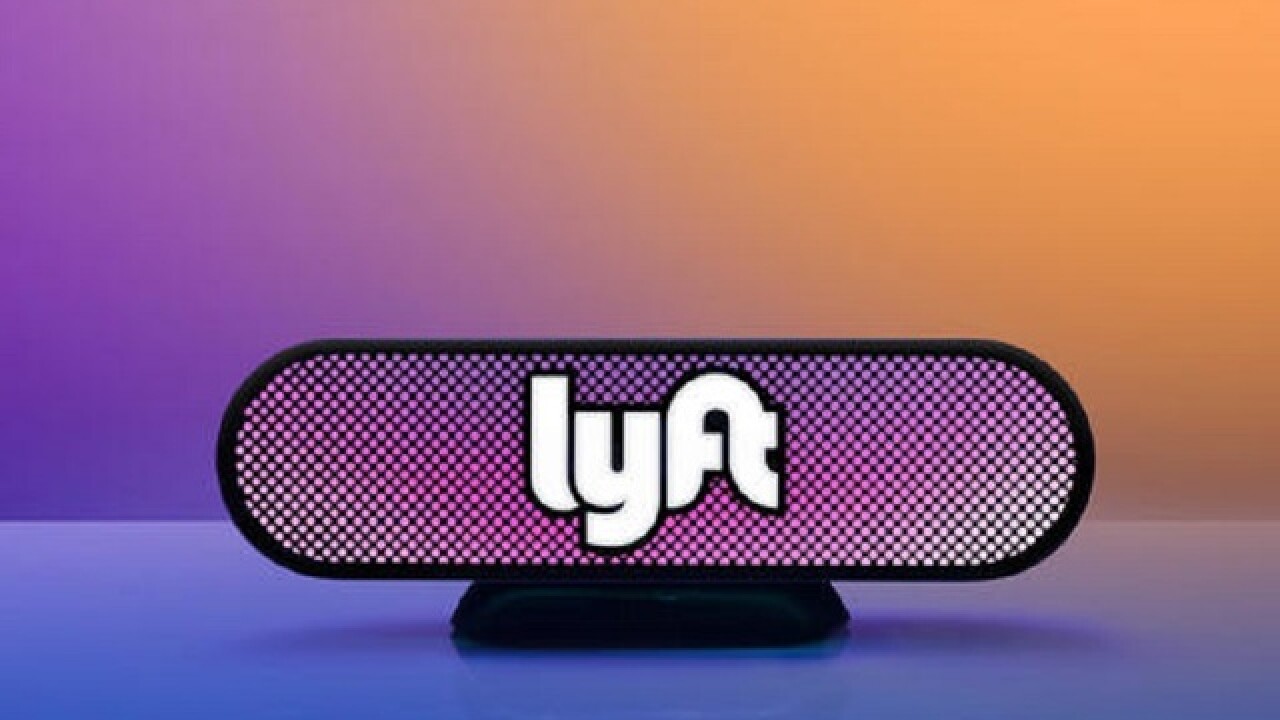 NEW YORK (AP) — Ride-hailing service Lyft, the underdog rival to Uber, is getting rid of its iconic pink moustache logo and replacing it with something more useful — beacons.
The light-up beacons, which Lyft calls "amps," will be on the dashboard of Lyft drivers' cars beginning Jan. 1 in New York, Las Vegas, San Francisco and Los Angeles.
Beacons can communicate with people's smartphones using Bluetooth technology. In retail stores, this means guiding you to a certain shoe display, for example.
With Lyft, it means having your driver's beacon light up a specific color once he or she is near. You can have your phone light up in that same color, too, then hold it up so the driver can see you.
Lyft says this will make it easier and safer for drivers and riders to find each other. This can be especially helpful at night, or in crowded areas where multiple people might be hailing a ride.
San Francisco-based says it won't use the beacons for ads, though the passenger-facing side might be devoted to sponsored campaigns, such as a beer company warning against drinking and driving.
Lyft's first symbol was a giant, bright pink, fuzzy moustache attached to the front of drivers' cars. But it soon became cumbersome (it could get quite dirty, for example), and maybe a little too whimsical for a company working to expand. Next came the "glowstache," a compact, pink, glowing plastic moustache. The amp, while still bright pink, is a clean, oval shape.
Lyft held a retirement party for the 'stache, said Melissa Waters, vice president of marketing. But the pink stays.
"It's loud, proud, quirky, fun," she said. In upcoming TV ads, Lyft paints itself as just that, in deep contrast to a menacing, slick ride-hailing company called "Ride Corp."
Copyright 2016 The Associated Press. All rights reserved. This material may not be published, broadcast, rewritten or redistributed.