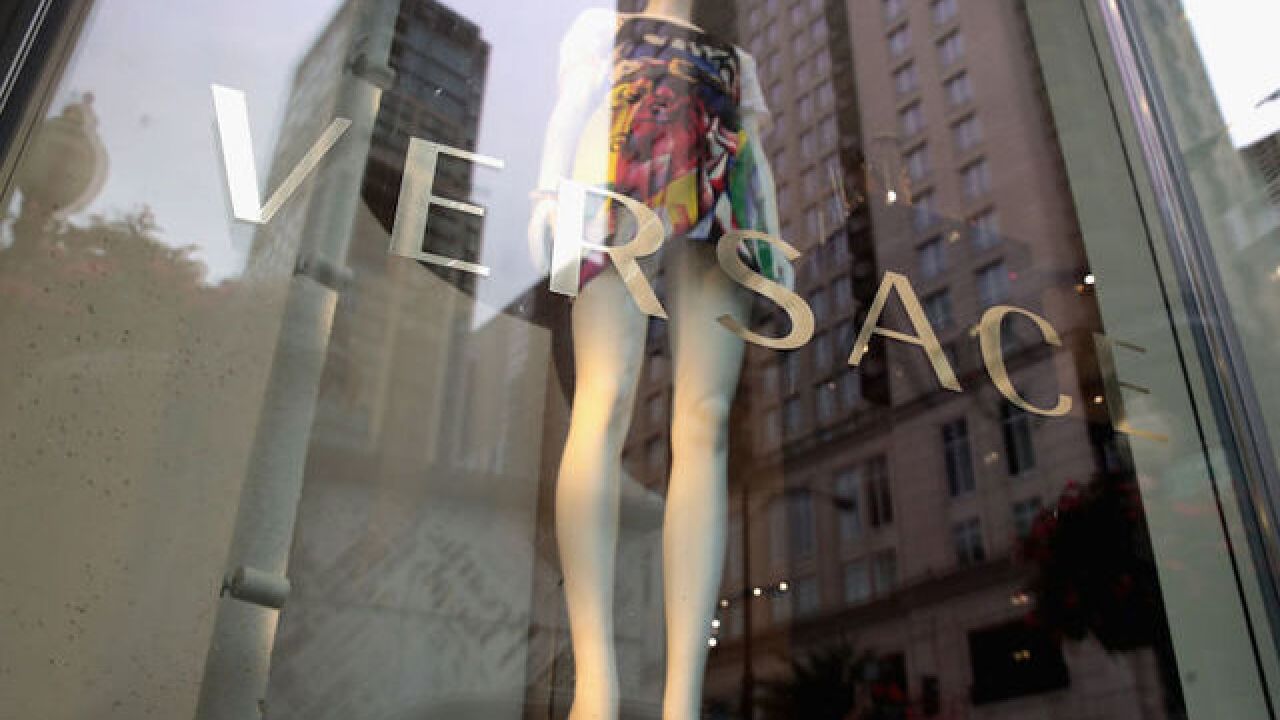 Image copyright 2018 Getty Images. All rights reserved. This material may not be published, broadcast, rewritten, or redistributed.
Scott Olson
<p>Merchandise is displayed in the front window of a Versace store on September 24, 2018 in Chicago, Illinois. Michael Kors is reported to have purchased Versace for $2 billion. </p>

Michael Kors Holdings gained a foothold in the world of elite European fashion on Tuesday by striking a €1.8 billion ($2.1 billion) deal for the storied Italian brand.

"The acquisition of Versace is an important milestone for our group," John Idol, chairman and CEO of Michael Kors Holdings, said in a statement.

Following the deal, Michael Kors Holdings will change its name to Capri Holdings, in what it described as a nod to the "iconic, glamorous and luxury destination."

This story will be updated.