Most routes to 270 blocked for Trump 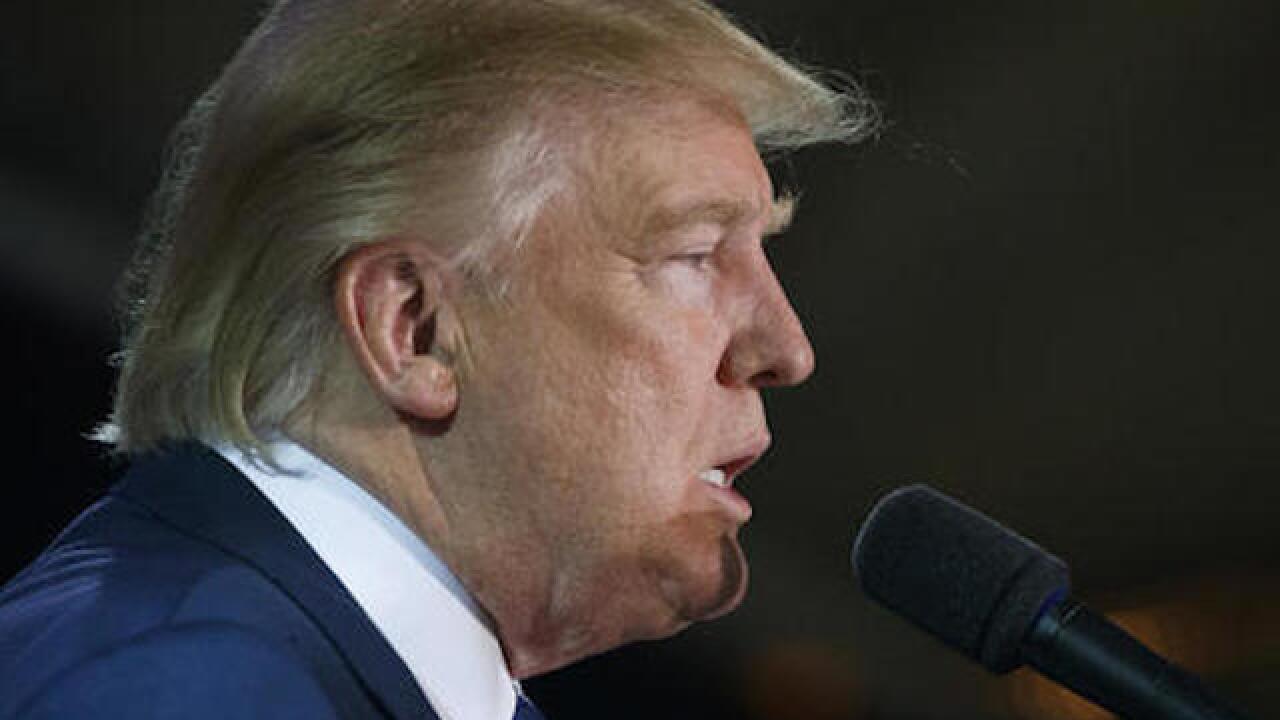 DES MOINES, Iowa (AP) — The race for president reaches its final mile next week amid October surprises, but on the road to the 270 electoral votes needed to win the White House, Hillary Clinton still has several ways to find her way to Washington.

The journey Donald Trump must take is perilous, at best.

Even as some national preference polls tighten, and voters wrestle with news the FBI has found new emails that may — or may not — be related to Clinton's use of a private server as secretary of state, the billionaire Republican needs a dramatic final-stretch rebound in states where the Democratic nominee appears to have the upper hand.

The latest Associated Press analysis of the Electoral College map rates states worth 278 electoral votes as safely Democratic or leaning Clinton's way. That analysis is based on preference polling, recent electoral history, demographic trends and campaign priorities such as advertising, travel and on-the-ground staff.

In short, that means Clinton doesn't need to win a state now rated as a toss-up to win the White House.

Trump needs to win them all — and then go on to pick off some states that are now in Clinton's column.

Impossible, it's not. The effects of the FBI Director James Comey's Friday letter to Congress, informing lawmakers of developments possibly related to the Clinton email case, may not be known until Election Day itself.

Trump leapt on the news this weekend, but so, too, did Clinton, casting Comey's decision to act so close to Nov. 8 as "deeply troubling" as she sought to rally Democratic voters.

So, then, what is the path for Trump to chin himself to 270 votes? He'll have to start by carrying the reliably Republican states in the West, the Great Plains and in South that make up the GOP's Electoral College base.

From there, he'd need a run of victories in states now viewed as a toss-up.

Among them, North Carolina has received as much attention from both campaigns as any — traditional battlegrounds Florida and Ohio included. For good reason: GOP nominee Mitt Romney won the state in 2012, after President Barack Obama's historic win there in 2008.

But after trailing in mail ballots, Democrats surged ahead of Republicans in ballots cast after the start of in-person early voting last week. Meanwhile, a new NBC News/Wall Street Journal poll gives Clinton a 6-point edge in the state.

A win in North Carolina, and Florida and Ohio, too, still isn't enough to get Trump to 270. He also needs to win states now leaning Clinton's way.

In Nevada, Trump's hardline position on immigration has turned off many in the state's large Hispanic population — giving Clinton an advantage. Likewise, tens of thousands more Democrats than Republicans had voted early in the state as of last week.

In New Hampshire, the state's politics are disproportionately influenced by women: the state's governor, two senators and a majority of its state Senate are women. Trump has long struggled with college-educated women, a situation made worse by a string of recent allegations of unwanted sexual advances or sexual assault involving the Republican.

"At this point, it's becoming increasingly difficult for Trump to win the state of New Hampshire. He's running out of time," said Ryan Williams, a GOP consultant in the state, echoing others. "He's going to lose."

All of these scenarios also assume Trump carries each of the states his party's nominees have won for decades — a firewall in which cracks are starting to appear.

In Arizona, where Republican nominees have won all but once since 1952, Clinton has begun a late-game $2-million advertising blitz and tapped into a robust state Democratic organization. She has pulled even with Trump in some surveys, and slightly ahead in others, while early voting favors Democrats, as does the state's large and growing Hispanic population.

Clinton is scheduled to campaign there this week, following first lady Michelle Obama's large rally in Phoenix two weeks ago.

Trump also cannot count on Utah, carried by a Republican in the past 12 elections. Independent candidate Evan McMullin, a former CIA officer from Utah, is running even in the state, where the GOP nominee is unpopular with the state's influential Mormon population.

But perhaps the most surprising development has been increasingly competitive signs in Texas. Three polls in the past two weeks have shown Clinton within five percentage points of Trump

The Lone Star State isn't the lightest shade of blue on even the most hopeful Democrat's map. But Richard Murray, the political science professor at University of Houston who conducts the school's presidential poll, said the factors helping Clinton in Arizona and North Carolina do so in Texas, too.

Clinton has the support of nearly two-thirds of the state's Hispanic voters, who have swelled voter ranks since the 2012 election. And Trump's comments and alleged actions toward women have chilled his support among typically conservative, college-educated white women in the Houston and Dallas suburbs, Murray said.

"Donald Trump is so off the charts, he's wiped out 20 years of (GOP) outreach not only to Latinos, but Texas' growing Asian vote," Murray said. "Given the voting we're seeing, Clinton will run within five percentage points of Trump. That is, if she loses."