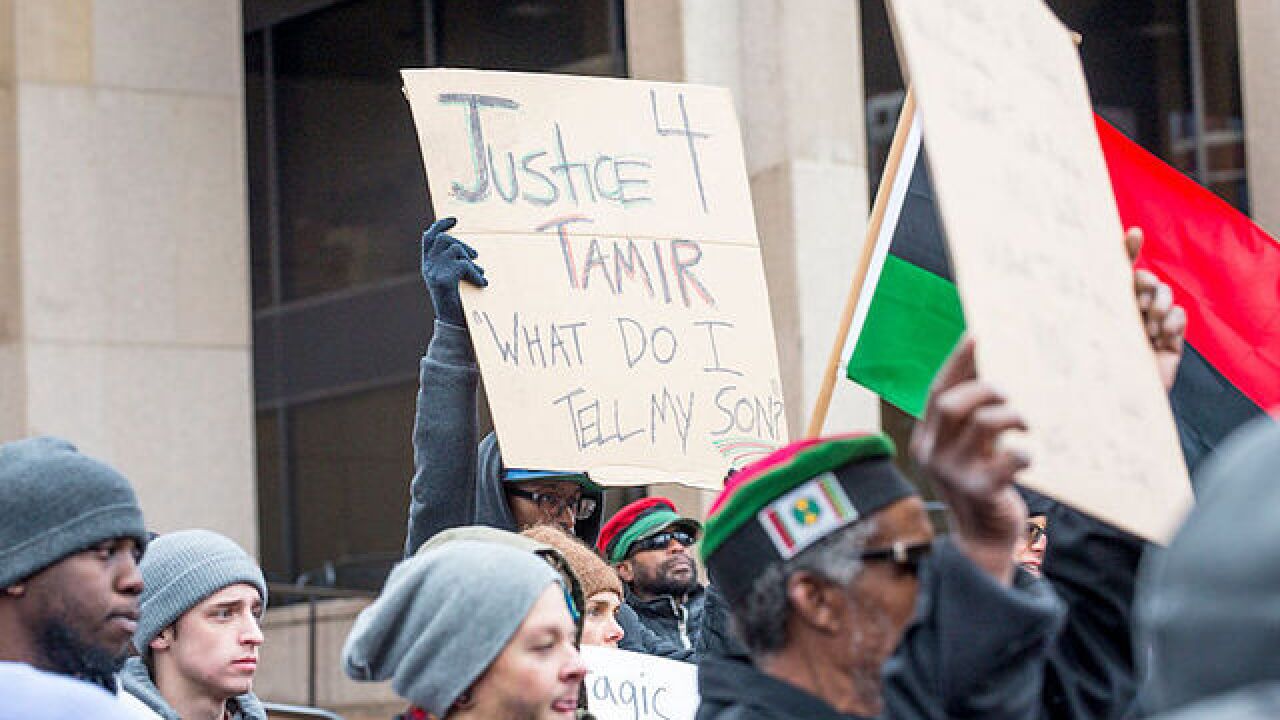 Copyright Getty Images
Angelo Merendino
<p>Demonstrators gather outside of The Justice Center on Decmeber 29, 2015 in Cleveland, Ohio. Protestors took to the street the day after a grand jury declined to indict Cleveland Police officer Timothy Loehmann for the fatal shooting of Tamir Rice on November 22, 2014.</p>

Timothy Loehmann was hired by the police department in Bellaire, a small town on the Ohio River, about 65 miles southwest of Pittsburgh. Bellaire Police Chief Richard "Dick" Flanagan told WTOV on Wednesday that Loehmann called him saying he was "rescinding his application here at the Bellaire Police Department."

"I had accepted his withdrawal from the Bellaire Police Department," Flanagan said. "He proceeded to tell me that he wanted to pursue the legal end of what's going on there in Cleveland and he just doesn't have the time to travel back and forth."

Flanagan said Loehmann was never sworn in and was still in the training process.

"Everyone assumes he was automatically hired -- no, there is a process," he said. "He did not receive one dime. He was not on the schedule."

The announcement of Loehmann's hiring caused an intense reaction from the community, WTOV reported. Flanagan said that at one point, the department received more than 200 calls between 8:30 a.m. to 12:30 p.m.

"Our own citizens here in town were not able to get police, EMS or fire service because they couldn't get through anywhere," he said.

While Flanagan originally said that everyone deserved a second chance and that he stood behind the hiring of Loehmann, he told WTOV on Wednesday that he believes the withdrawal is personal and he supports the decision.

The shooting and verdict

Loehmann shot and killed Tamir Rice in 2014 after a witness called 911 to report that someone was brandishing a gun in a park. The caller noted that the person was "probably a juvenile" and that the gun was "probably fake," records show.

The dispatcher did not share those qualifiers with Loehmann or the officer who was driving, Frank Garmback.

Video of the incident shows Loehmann, then a trainee, arriving in a squad car driven by Garmback. The car moves close to Rice, and less than two seconds after the vehicle arrives, Loehmann shoots the boy. Loehmann and Garmback both said in written statements dated November 2015 they thought Rice was pulling out a real gun from his waistband.

A grand jury decided not to indict Loehmann or Garmback. However, Loehmann was fired in May 2017 for being untruthful on his job application. He applied to the Cleveland Police Force in 2013 after resigning from the police department in the suburb of Independence, and after failing a written exam while applying for a job with police in Maple Heights. An internal review panel investigating the Rice shooting found that Loehmann would have been fired from the Independence department had he not resigned.

Garmback was suspended for 10 days for violating tactical rules relating to how he drove to the shooting scene.

The city of Cleveland settled a wrongful death lawsuit in 2016 with the Rice family for $6 million.