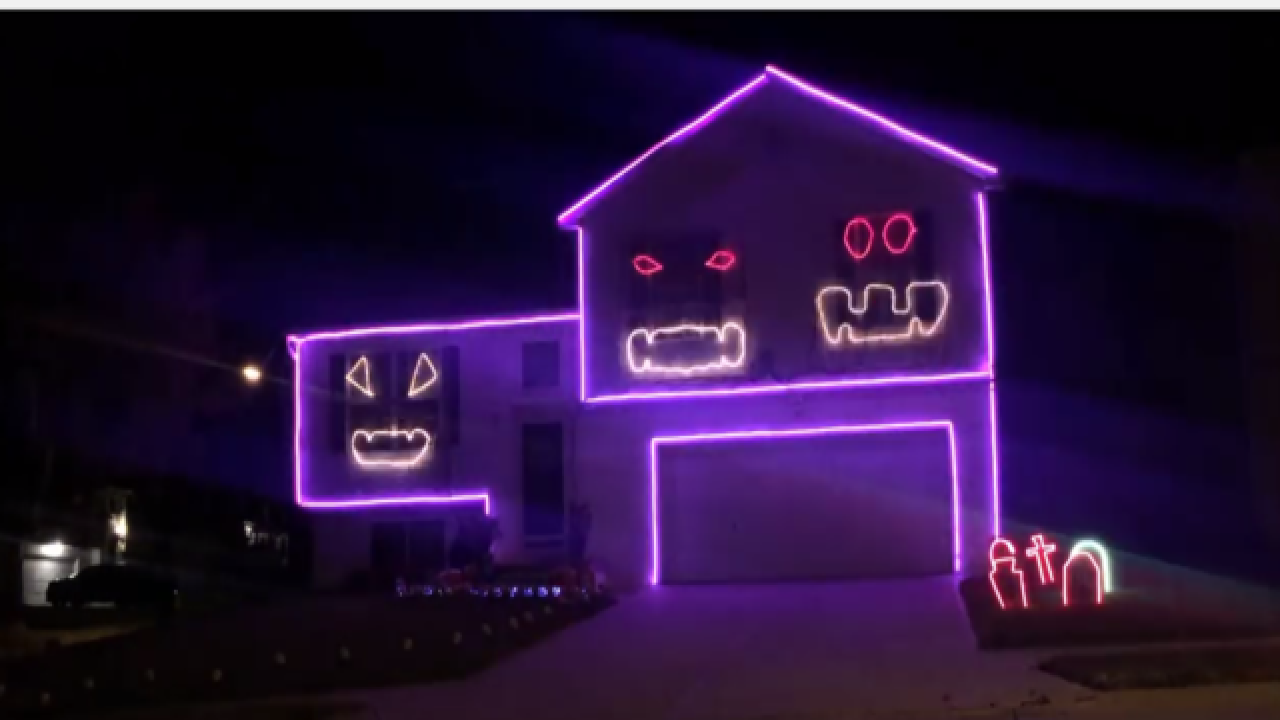 An Omaha family's Halloween display is sure to score a "W" with Chicago Cubs fans.

So far, the video on their YouTube channel has been viewed more than 130,000 times.

Glozeris told KMTV that programming the songs took them a few hours. The lights and other decorations for the home were put up over several weekends.

Glozeris added that her husband also hired a company to help with other decorations that had to go up by the roof.

So far, her neighbors have had no problems with the display.

"Our neighbors have been fine with it and are looking forward to it," Sabrina Glozeris said.

Glozeris said that the music is broadcast via FM radio for a short distance, so there are no speakers making noise outside. The Halloween display only runs on weekends until 9:00 p.m.