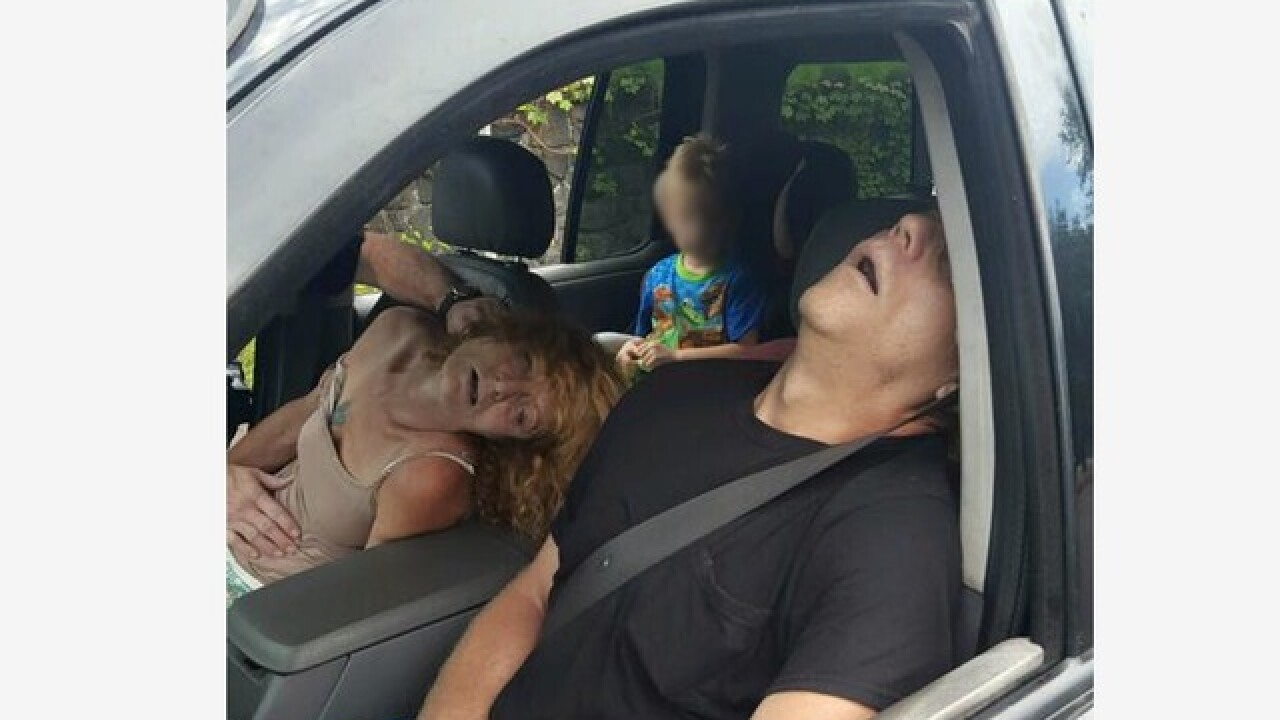 <p>Photo via City of East Liverpool, Ohio on <a href="https://www.facebook.com/cityofeastliverpool/?surface=rese">Facebook</a>.</p>

East Liverpool, Ohio police say an off-duty police officer rescued a 4-year-old boy who was stuck in the backseat of a vehicle while his mom and another man had overdosed while sitting in the front seat.

Police say it happened on Sept. 7. The off-duty officer was following the Ford Explorer, that was driving erratic and weaving back and forth.

The officer also said the suspect's vehicle skidded to a stop while a school bus was letting children off the bus.

The officer said he made contact with the driver, identified as James Accord, and said his speech was "almost unintelligible" and his head bobbing back and forth. Accord told the officer he was taking the woman in the front seat, identified as Rhonda Pasek, to the hospital.

"I had to reach in and turn the vehicle off and remove the keys," the officer said. Accord was trying to put the car in gear. The officer also saw Pasek's 4-year-old son in the back seat.

Eventually, Accord passed out, and Pasek was also unconscious and turning blue, according to police. The officer called for an ambulance and tried to keep her airway open.

Crews used Narcan, which is used to reverse an opiate overdose, and both regained consciousness. In between Rhonda's legs was a folded up piece of paper with a pink powdery substance inside, police say.

Police posted the photo on Facebook of the child in the backseat, saying:

We feel it necessary to show the other side of this horrible drug. We feel we need to be a voice for the children caught up in this horrible mess. This child can't speak for himself but we are hopeful his story can convince another user to think twice about injecting this poison while having a child in their custody.

We are well aware that some may be offended by these images and for that we are truly sorry, but it is time that the non drug using public sees what we are now dealing with on a daily basis. The poison known as heroin has taken a strong grip on many communities not just ours, the difference is we are willing to fight this problem until it's gone and if that means we offend a few people along the way we are prepared to deal with that.