Copyright 2018 Scripps Media, Inc. All rights reserved. This material may not be published, broadcast, rewritten, or redistributed.
Brent Leabu
By: Joyce Lupiani
Posted at 4:03 PM, Jul 31, 2018

A photo of a Las Vegas bus driver giving an elderly passenger a sip of water is grabbing attention on Reddit.

The photo was posted by Brent Leabu in a subreddit titled "HumansBeingBros." He said that it happened on Monday on Bus 201 near Jones Boulevard and Tropicana Avenue.

Leabu says that the bus driver took the water from his own lunch cooler.

Although Las Vegas is no longer under an excessive heat warning, it is still very hot in the valley. Monday's high temperature was recorded as 104 degrees with some areas of the valley being hotter and some areas being a couple of degrees cooler.

Earlier this month, the Regional Transportation Commission (RTC) was handing out free bottled water at various Las Vegas bus stops. And they have done the same in previous years when it has been unusually hot. 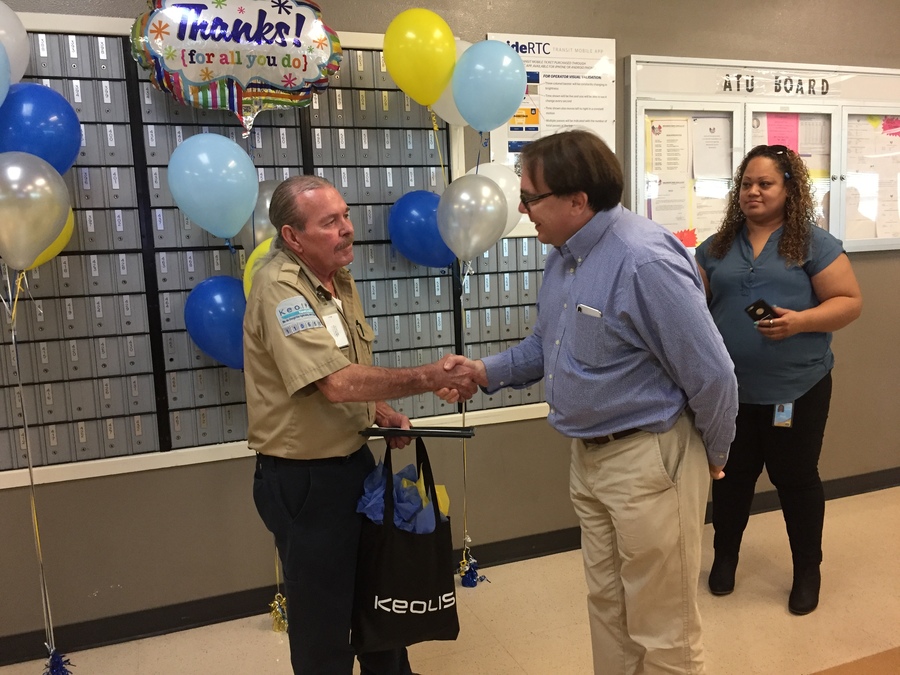