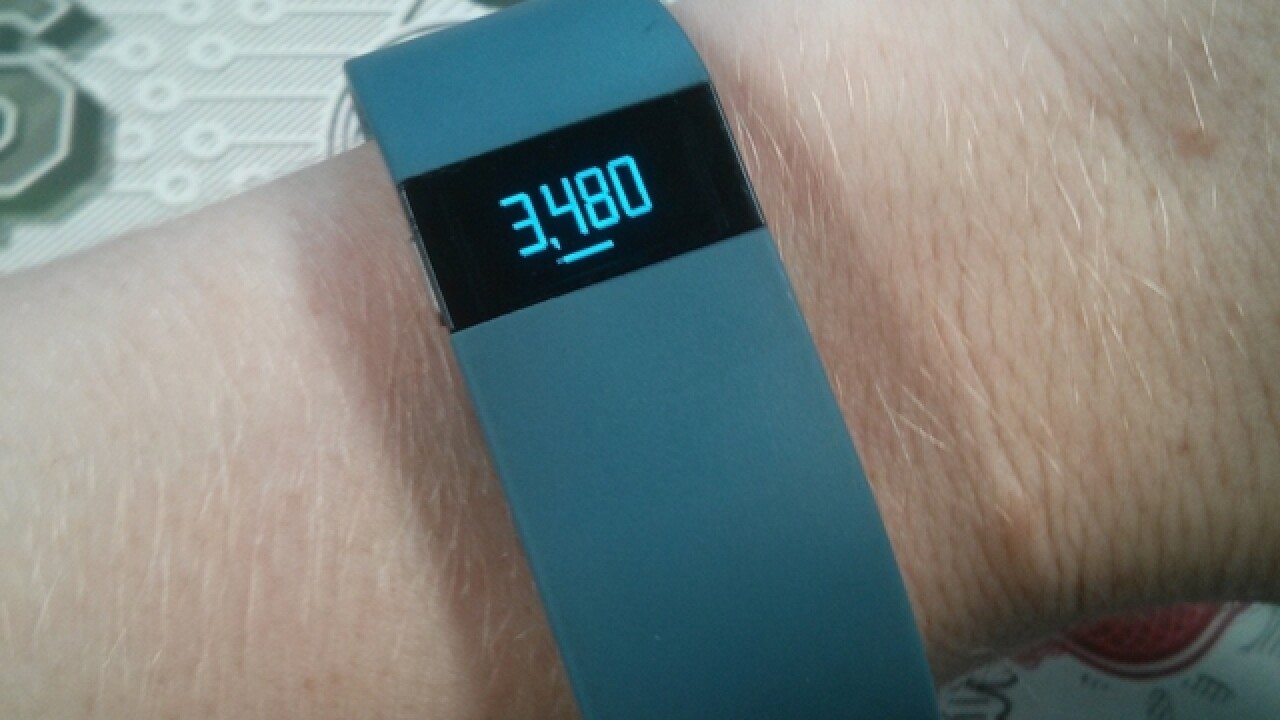 A 90-year-old California man is due in court Thursday on suspicion of killing his stepdaughter -- a slaying police say they solved with the help of data from her Fitbit device.

Anthony Aiello, of San Jose, is being held on a murder charge in the September death of Karen Navarra, his stepdaughter who lived a couple blocks away, San Jose police said.

Navarra, a 67-year-old pharmacy technician, was found dead at her home September 13, slouched in a chair with head and neck wounds at her dining room table, by a coworker who entered through an unlocked front door after Navarra didn't show up for work, police say in a probable cause affidavit.

What followed was an investigation that police say hinged in part on neighborhood surveillance video, interviews with her family and a Fitbit Alta activity-tracking device that she was wearing on her left wrist.

After the coworker called them to the home, police found a knife in Navarra's hand, a cut to her neck, and wounds on the top of her head, the affidavit states. There was a lot of dried blood on the floor, blood spatter on a countertop and drapery, pizza wrapped in aluminum foil on the counter, and pieces of pizza on the floor, it states.

An autopsy determined that Navarra had several head wounds -- likely from something with a sharp edge like a hatchet -- and that she couldn't have inflicted all the wounds herself, the court document reads. The death was ruled a homicide.

When police interviewed Navarra's mother and Aiello, her stepfather, they said Navarra lived alone and that Aiello had last visited her on September 8, when he'd made pizza, then delivered it to her in a roughly 15-minute visit around 3 p.m., the affidavit reads.

Aiello also said he saw Navarra and an unknown passenger in a car later that day, passing by his home, police said.

Trying to corroborate Aiello's visit to Navarra's home, police found surveillance video in the neighborhood that showed a car parked in Navarra's driveway from 3:12 p.m. to at least 3:33 p.m. on September 8, the affidavit says. The video recorded only intermittently, and shows the car was gone by 3:35 p.m.

The car, they learned, belonged to Navarra's mother, who told investigators that Aiello would have been driving it that day.

Navarra's Fitbit, police say, would tie her death to the time frame of that visit.

The device, which captures the wearer's heart rate and movement, was communicating via Bluetooth with a paired device -- likely a nearby computer -- so the data was captured by the Fitbit company's server, a detective who contacted the company learned.

The device recorded a spike in Navarra's heart rate at 3:20 p.m., followed by a sudden slowing -- and the last heartbeat was recorded at 3:28 p.m., the affidavit reads.

Police also viewed neighborhood surveillance video in the area of Aiello's home, to try to corroborate his statement that Navarra had driven by his home after his visit. But her car is not seen in that video, police said.

"This would have contradicted Tony Aiello's account of Karen Navarra driving by his residence while he was outside," the affidavit reads.

Police say they arrested Aiello on September 26 and searched his home, where they found pants and shirts with stains that tested "presumptive positive" for blood.

In a later interview with investigators, Aiello denied he was present when his stepdaughter was killed and suggested someone else might have been in the house, the affidavit reads.

When told about blood stains found on the clothes, Aiello responded that he cuts himself frequently, according to the affidavit.

"He was told that the deposits of blood were not localized in one area and were more consistent with splatter. Aiello indicated that he might have cut his hand and shaken it while he was wearing those shirts," a detective wrote in the affidavit.

Police haven't publicly suggested a possible motive in the killing. CNN's attempts to reach Aiello or an attorney representing him for comment were not immediately successful.

Other cases in which police say Fitbit was key

Detectives have used data from fitness trackers like Fitbit to make arrests in other homicide investigations.

Earlier this year, police in Iowa said data from Fitbit played a role in solving the July killing of college student Mollie Tibbetts, who investigators say was slain after she went for an evening jog.

In 2017, police say they relied on evidence from a Fitbit to charge a Connecticut man with killing his wife.