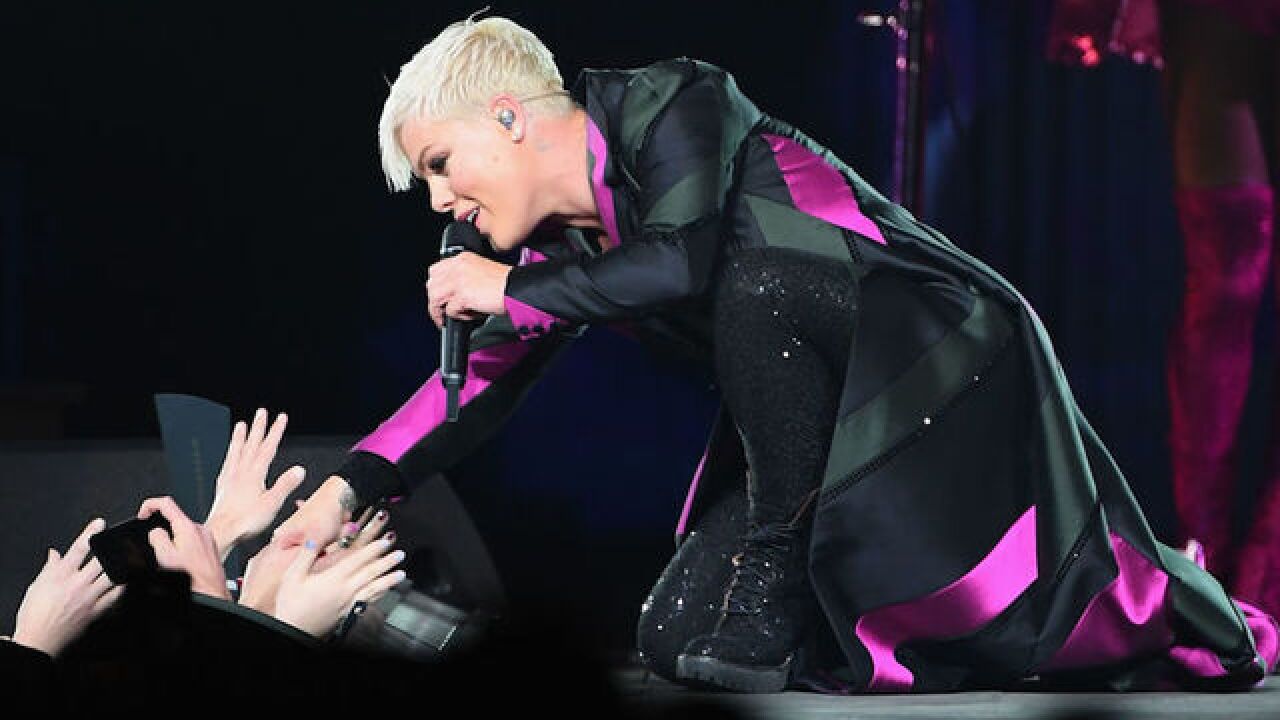 Monday was a day one fan of pop star Pink will never forget.

At a concert on Monday in Australia, Pink spotted a fan's sign that said she was a 14-year-old fan and wanted a hug from Pink after the death of her mother.

According to a number of videos posted on social media, Pink spotted the sign and took a moment to leave the stage to visit the fan identified by the Australian ABC as Leah Murphy.

According to the Australian ABC, Leah and her mother had tickets for Pink's concert on Monday in Brisbane. But unfortunately for Leah, her mother died in June. Instead of Leah's mother attending the concert, aunt Katrina Dorkin was in attendance.

Dorkin and a cadre of Leah's friends in the crowd held up signs to try to get the singer's attention.

Watch the moment @Pink spotted a sign in the crowd from a 14-year-old girl asking for a hug following her mum's passing https ://t.co/8wmDhQAUAA pic.twitter.com/F8EJsrnRo1

"Once Pink got down to the quiet music she was looking out to the crowd, that's when I started waving the sign," Dorkin told ABC. "I had strangers in the crowd grab them off us as well and start waving them. It was just enough for Pink to say, 'What is that?'"

Moments later, Leah and Dorkin headed to the front row where she got a hug from Pink and a few words of wisdom.

After taking a photo with Leah and signing her arm, Pink had a request for the audience.

"Everyone call your mum," she said.