Report: US close to accepting 100s of Australia's refugees 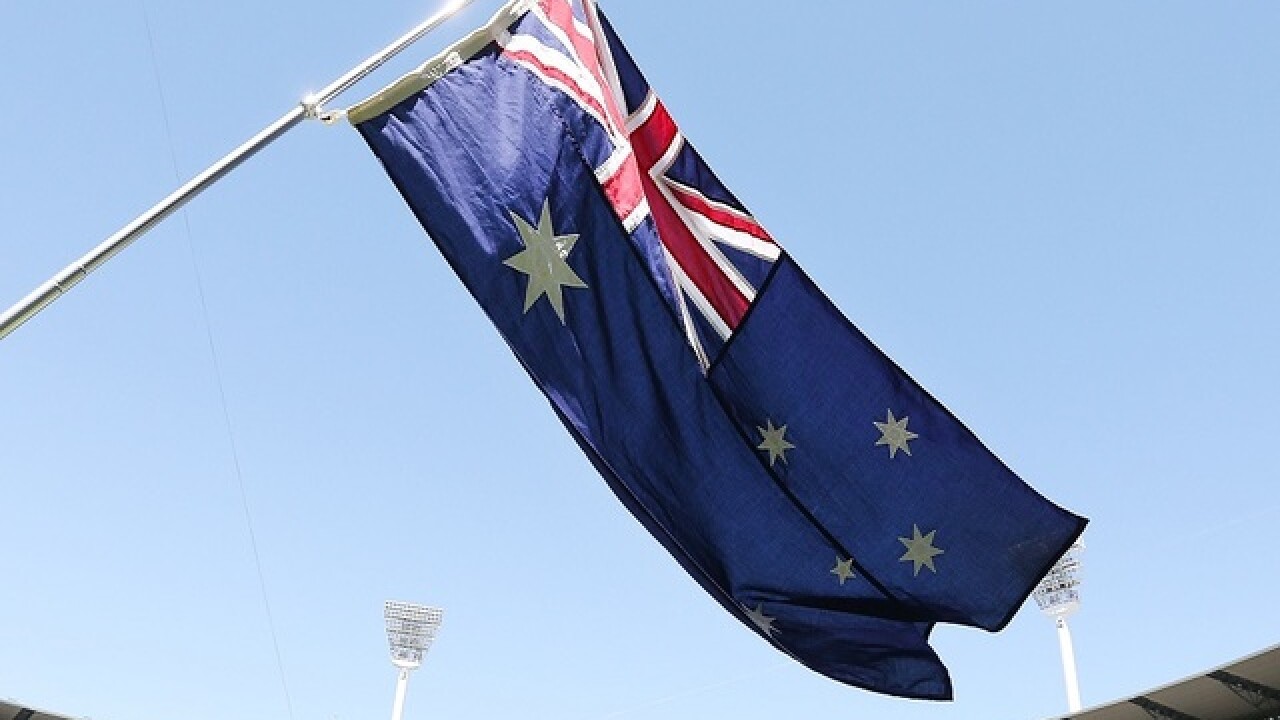 Michael Dodge
<p>MELBOURNE, AUSTRALIA - NOVEMBER 21: The Australian Flag is seen during game four of the One Day International series between Australia and South Africa at Melbourne Cricket Ground on November 21, 2014 in Melbourne, Australia. (Photo by Michael Dodge/Getty Images)</p>

By: Associated Press
Posted at 8:24 PM, Nov 10, 2016
CANBERRA, Australia (AP) — The United States and Australia were close to announcing a deal in which the United States would resettle hundreds of asylum seekers banished by Australia to Pacific island camps, a newspaper reported on Friday.
The U.S. had agreed to accept up to 1,800 refugees held for up to three years at Australia's expense in camps on the impoverished island nations of Nauru and Papua New Guinea, The Australian newspaper reported.
That could empty the camps which have been condemned by human rights groups as a cruel abrogation of Australia's responsibilities as a signatory to the United Nations Refugee Convention.
Prime Minster Malcolm Turnbull declined to comment on negotiations with the United States.
"There's always speculation about these things ... and we never comment on them," Turnbull told Melbourne Radio 3AW on Friday.
The United States Embassy in Australia did not immediately respond to a request for comment.
Such an agreement struck with the Obama administration could be opposed by President-elect Donald Trump, who has called for a moratorium or tight restrictions on Muslim immigration. Most of the asylum seekers are Muslims from the Middle East, Africa and Asia.
Senior government minister Christopher Pyne praised the prospect of such an agreement being finalized before the Obama administration ends.
"There certainly is time — two and a half months is plenty of time — and if that's the case, it will be a great achievement for the Turnbull government," Pyne told Nine Network television.
Senior opposition lawmaker Anthony Albanese said "if this occurs, that will be a good thing."
The opposition center-left Labor Party criticized a previous deal struck between Australia and the United States in 2007 to swap refugees, arguing that the prospect of U.S. resettlement would attract more asylum seekers to Australian shores.
Under that deal, up to 200 refugees a year held on Nauru could have been swapped for Cubans and Haitians intercepted at sea while trying to get to the U.S. and held at the U.S. Navy base at Guantanamo Bay, Cuba. But no refugee was ever traded under that deal.
Immigration Minister Peter Dutton said this week he was looking for countries that will accept all asylum seekers bound for Australia, including those who have had their refugee claims rejected but refuse to go home. Iran won't take back Iranians who won't to go home voluntarily.
Dutton has declined to identify countries with which Australia is negotiating to accept almost 1,300 asylum seekers on Nauru and Papua New Guinea. Hundreds more have come to the Australia for medical treatment and have taken court action to prevent them being send back to the islands.
Few refugees have accepted offers to resettle in Papua New Guinea and Cambodia because most hope that Australia will eventually take them in.
Australia refuses to resettle any refugee who has arrived by boat since the date the tough policy was announced, July 19, 2013.
The conservative government this week introduced to Parliament legislation that would ban such refugees who resettle elsewhere from ever visiting Australia as a tourist, either to do business or as an Australian's spouse.
Dutton has said the government wants that legislation made law before it names the country or countries prepared to resettle Australia's asylum seekers.
He argues the law is necessary for the government to keep its promise that no asylum seeker who comes to Australia by boat will ever be allowed to live in Australia.
No people smuggling operation has successfully delivered asylum seekers to Australia by boat since July 2014, but around 30 boats have been turned back to Indonesia by the Australian navy. The government says that 14,000 asylum seekers are waiting in Indonesia for Australia to relax its policy before attempting the journey.
Copyright 2016 The Associated Press. All rights reserved. This material may not be published, broadcast, rewritten or redistributed.