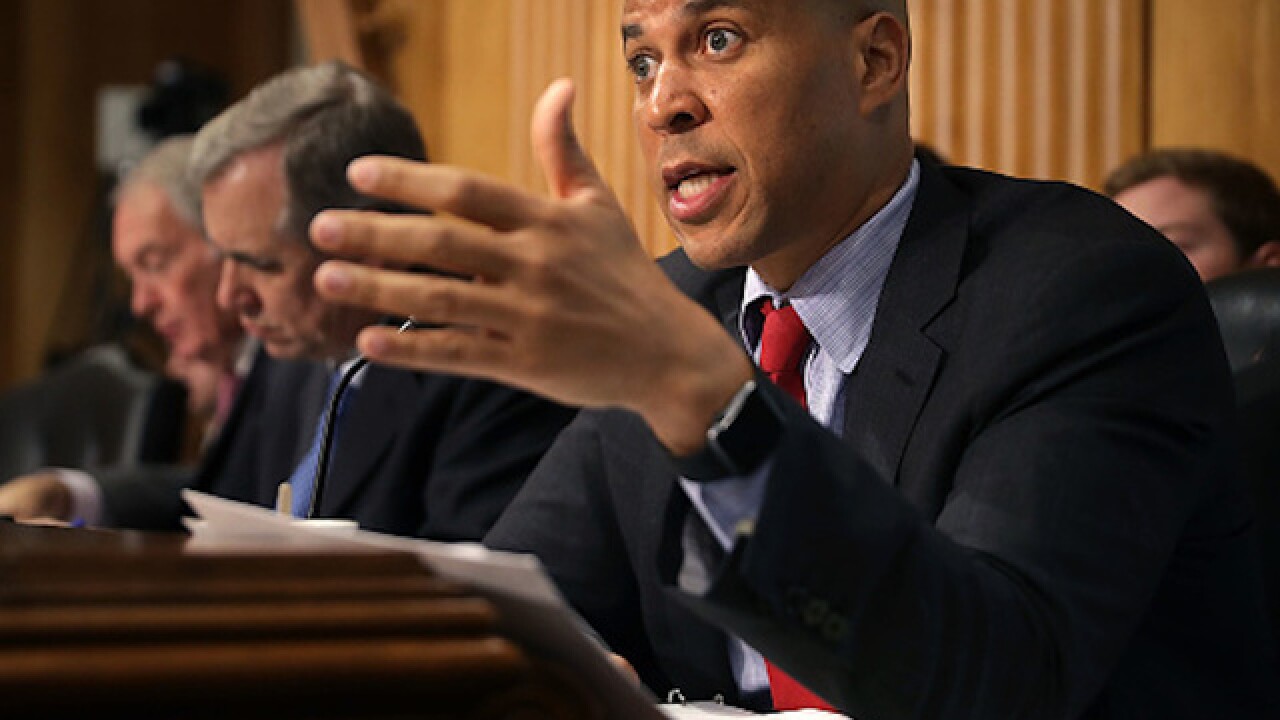 The second day of questioning in Supreme Court nominee Brett Kavanaugh's confirmation hearing began with another bitter controversy over the GOP's handling of the process and the behavior of Democrats seeking to slow his confirmation.

New Jersey Democratic Sen. Cory Booker complained that the late production of documents by the White House about Kavanaugh's work as a White House operative under George W. Bush and the failure by the committee to make some material public had exposed "this process as a bit of a sham."

In a striking political gambit, Booker said he was willing to break Senate rules and resort to civil disobedience by releasing a document that is only available to the committee about racial profiling.

"I understand the penalty comes with potential ousting from the Senate ... I openly invite and accept the consequences of my team releasing that email right now," Booker said.

"This is about the closest I'll probably ever have in my life to an 'I am Spartacus' moment," he added later.

Judiciary Chairman Chuck Grassley, R-Iowa, objected to Booker's use of the word sham.

"Can I ask you how long you are going to say the same thing three or four times?" he asked Booker.

Texas Sen. John Cornyn said that if Booker went ahead he would commit and offense that would be tantamount to releasing classified information.

"Running for president is now excuse for violating the rules of the Senate," Cornyn told Booker, a potential Democratic candidate in 2020.

In another flashpoint development, a previously unreleased 2003 email from Kavanaugh shows him raising the point while an official in the George W. Bush White House whether Roe v Wade, the 1973 Supreme Court ruling that upheld the right to an abortion was settled law of the land.

In an internal White House email obtained by CNN, Kavanaugh wrote in 2003: "I am not sure that all legal scholars refer to Roe v. Wade as the settled law of the land at the Supreme Court level since Court can always overrule its precedent, and three current Justices on the Court would do so," he wrote.

"The point there is in the inferior court point," Kavanaugh wrote, responding to a draft op-ed that was circulated for edits between lawmakers and White House staff.

The draft, meant to be submitted under the name of a "high-profile, pro-choice" women in support of a Bush judicial nominee, had said that "it is widely understood accepted by legal scholars across the board that Roe v. Wade and its progeny are the settled law of the land."

During the confirmation hearing on Wednesday, Kavanaugh said: "As a general proposition I understand the importance of the precedent set forth in Roe v. Wade."

President Donald Trump said during his campaign that he would appoint Supreme Court justices that would overturn Roe. In recent years, Supreme Court nominees have got through their confirmation hearings by refusing to say how they would rule what they say is a hypothetical future case on the issue.