Senators told to be quiet during impeachment trial 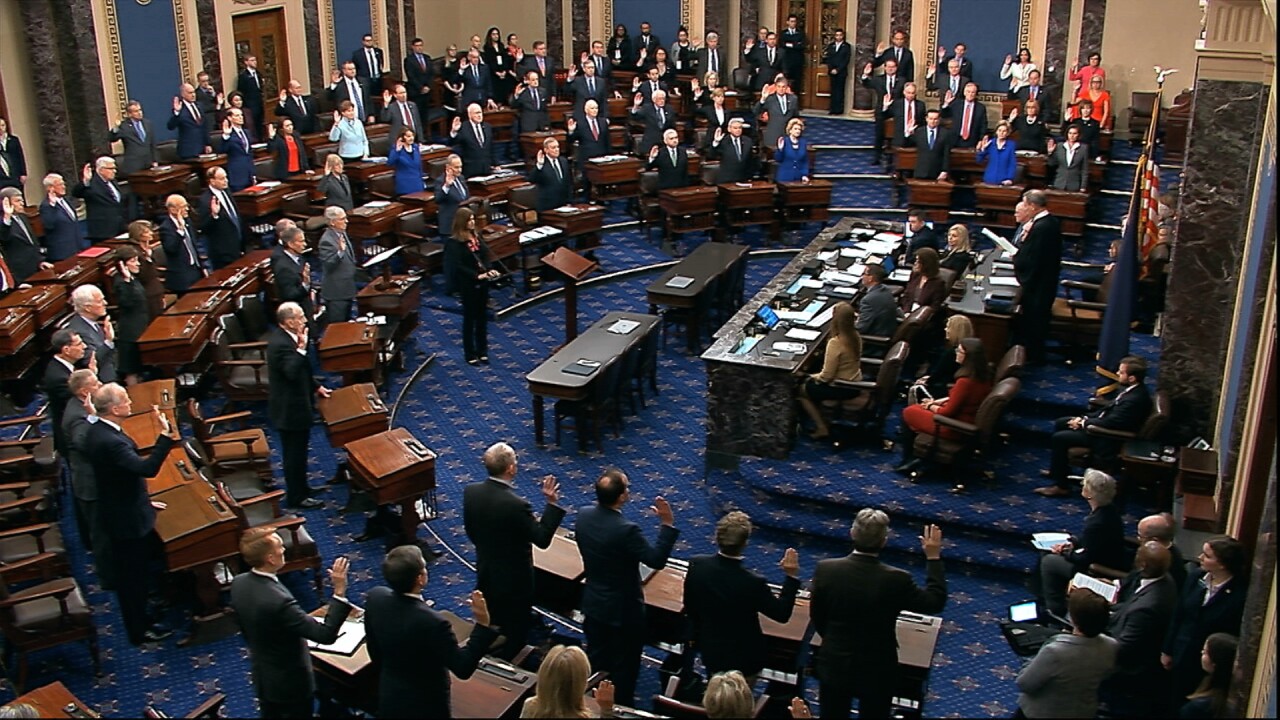 United States senators have a knack for talking a lot, sometimes speaking for hours on end. For instance, Sen. Strom Thurmond once led a 24-hour filibuster in opposition of passage of the 1957 Civil Rights Act.

But for the impeachment trial of President Donald Trump, senators are being told to be quiet.

On Wednesday, Senate leaders Mitch McConnell, R-Ky., and Chuck Schumer, D-N.Y., issued an official memo concerning decorum during the trial. The decorum guidelines tell senators to not engage in conversation with neighboring senators during the trial.

Senators also are being prohibited from using electronic devices, like cellphones, on the Senate floor.

Senators were also told that the only reading material allowed will be those relevant to the trial.

Other bullet points in the memo state that senators should refer to Chief Justice John Roberts as "Mr. Chief Justice." Also, senators were told to stand quietly when Roberts enters and exits the chamber.

The trial is expected to go six days a week, with Sundays being the only day off for senators during the trial.