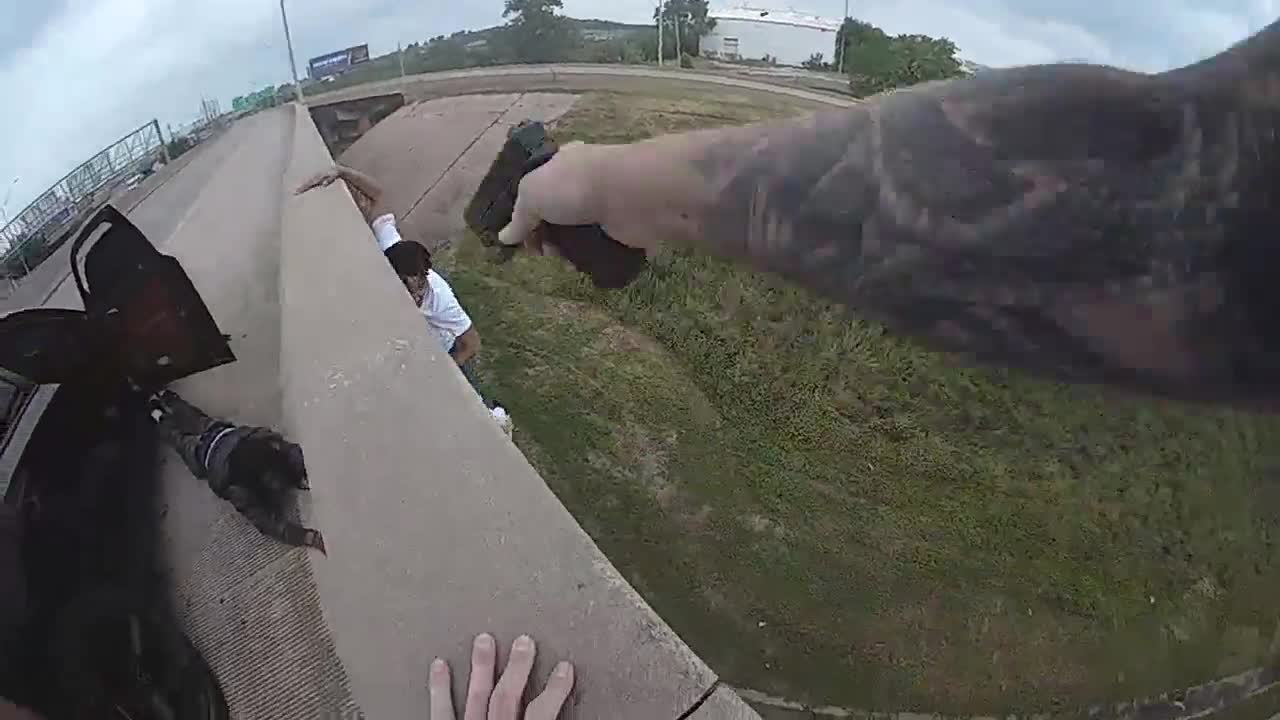 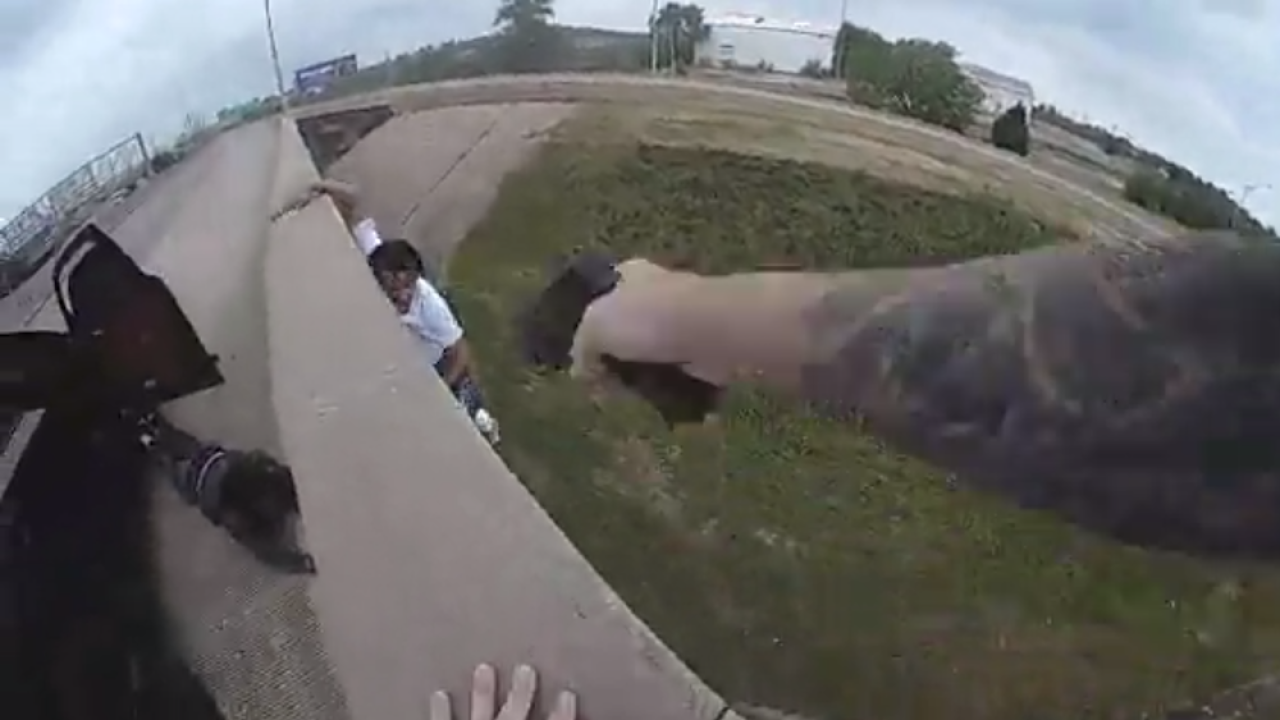 TULSA, Okla. — Tulsa police have released dramatic body camera footage that shows a suspect hopping over a bridge and falling to the ground below.

Investigators say the incident happened in April. Police received a call about a man was pointing a gun. They confronted the suspect, 23-year-old Damico "Taylor" Hunter, and a vehicle pursuit ensued.

During the chase, police say Hunter crashed his car and attempted to run away. That's when video shows he fell from a bridge at Interstate 244 and U.S. Highway 75.

Officers ran down the ramp to render aid until paramedics arrived.

Hunter was taken to a hospital with a skull fracture.

Later, he was booked in the Tulsa County jail and faces a handful of charges, including shooting with intent to kill.

This story was originally published on KJRH in Tulsa, Oklahoma.