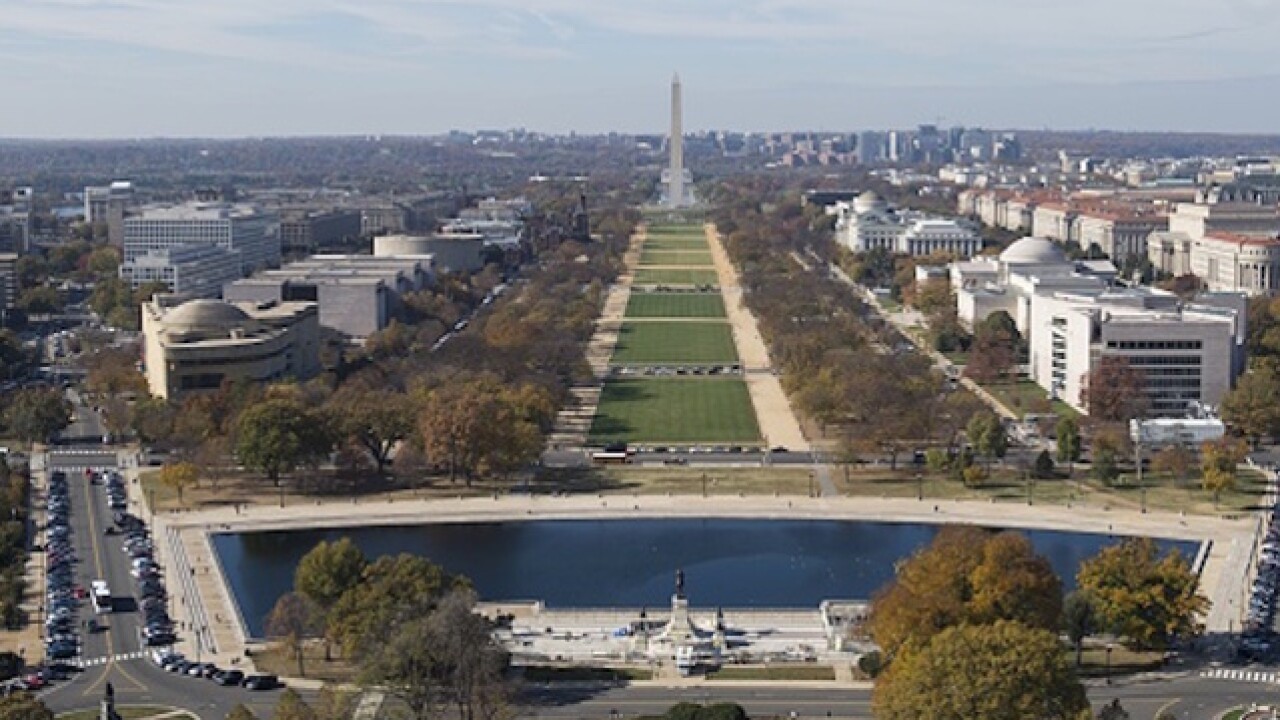 Copyright Getty Images
SAUL LOEB
<p>The National Mall, including the Washington Monument, is seen from the top of the newly-restored Capitol dome at the US Capitol in Washington, DC, November 15, 2016. The dome underwent a three-year, $60 million project that covered 150-year-old dome in scaffolding while workers repaired 1,300 cracks and fixed or replaced scores of cast-iron ornaments and windows. / AFP / SAUL LOEB (Photo credit should read SAUL LOEB/AFP/Getty Images)</p>

WASHINGTON (AP) — Hundreds of demonstrators are gathering outside the Supreme Court to protest Donald Trump's election.

They are mostly young people who appear to have walked out of school to protest.

They are carrying signs that read "Black Lives Matter" and "Not My President." Another signs says "DCPS Walkout Help Stop Trump." DCPS stands for District of Columbia public schools.

The protesters walked from Trump's newly opened hotel at the Old Post Office Building on Pennsylvania Avenue and past the Capitol.

The Supreme Court is across the street from the Capitol. The streets in between are blocked by protesters and police.