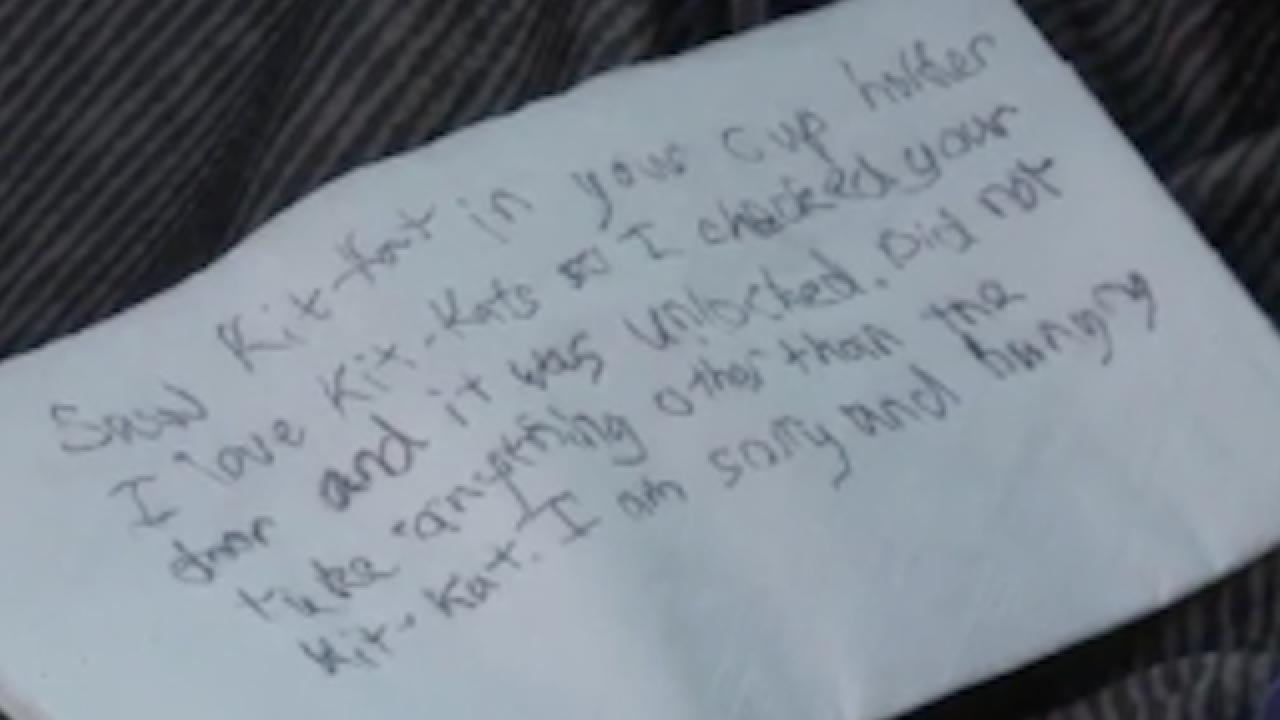 <p>Screen shot of video from WIBW via CNN. </p>

Candy getting stolen around Halloween is not unusual.

But one particular thief found a candy bar of choice in an unlocked car. The thief took nothing else, but took the time to write and leave the following note.

"Saw Kit Kat in your cup holder," the message reads. "I love Kit Kats, so I checked your door and it was unlocked. Did not take anything other than the Kit-Kat. I am sorry and hungry."

Hunter Jobbins, the owner of the car (and presumably the Kit Kat), tweeted an image of the photo. Jobbins is a student at Kansas State University.

Left my car for maybe 15 minutes in front of the dorms and I come back to this. College man pic.twitter.com/KlDx5BtXLX

In a tweet, Kit Kat offered to replace the stolen candy.