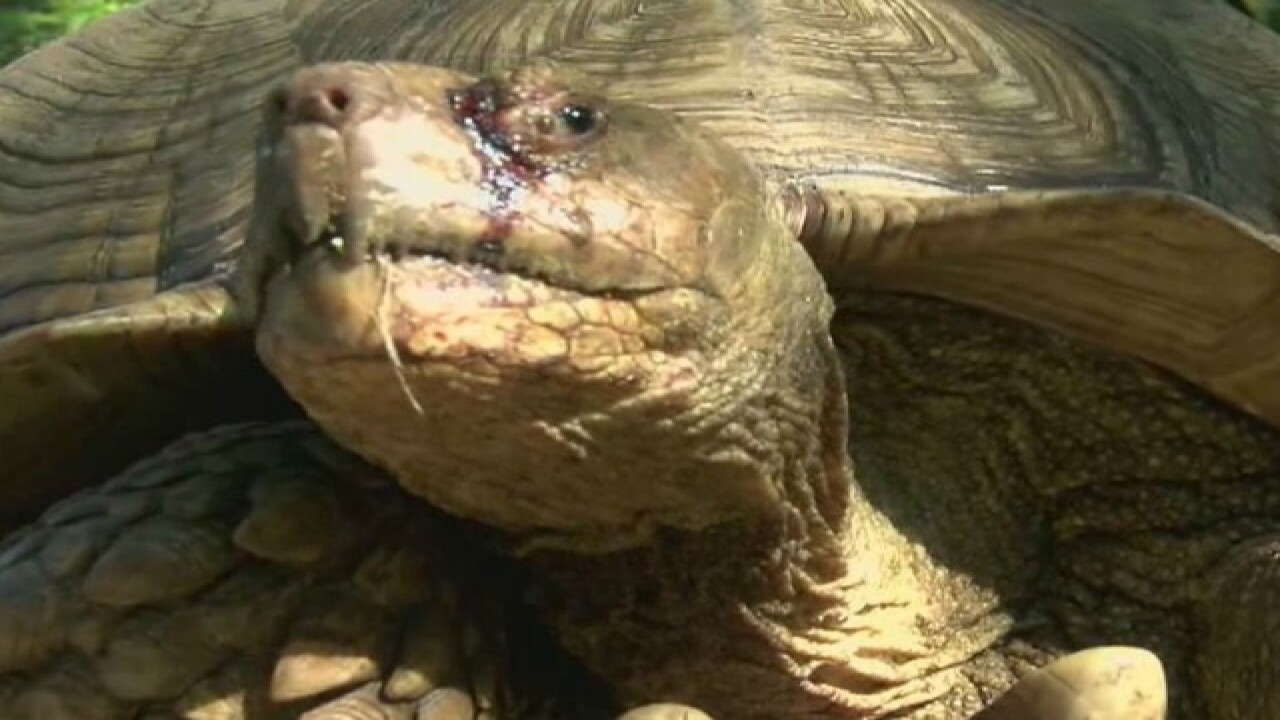 A family pet is home after missing for nearly 3 months. But this isn't your typical run-of-the-mill golden retriever hopping the fence. — this pet is a 75-pound tortoise.

His name is Goliath, and he lives in Amy Morehead's Tampa, Florida yard.

"He likes to go on adventures." Morehead said.

It's not uncommon for him to get loose, but he usually doesn't get very far. This time he walked about a quarter mile where a passerby found him wandering along Osborne Avenue.

"He thought he may get hit by a car, so he picked him up and moved him to Rivercrest Park." Morehead learned after seeing a post on Facebook.

Morehead searched the park for days. She posted flyers and calls for help on the neighborhood Facebook page.

"I had a couple of ladies (neighbors) who took their dogs out and took a box with them to find him." She said.

Tortoises can't swim, and Morehead's worst fear is that Goliath went into the Hillsborough River.

Over three months there were several false sightings. The most recent was just last week.

"It was a tiny tortoise. He was about the size of a soccer ball," she said.

Finally another neighbor spotted the tortoise in the backyard of a different home. It turns out, the homeowner spotted Goliath at the park and also thought Goliath could get hit by a car. So, he took him home.

He was returned to Morehead's home yesterday. His 2 mile round trip took 84 days.

"We're just glad to have him home." Morehead said.