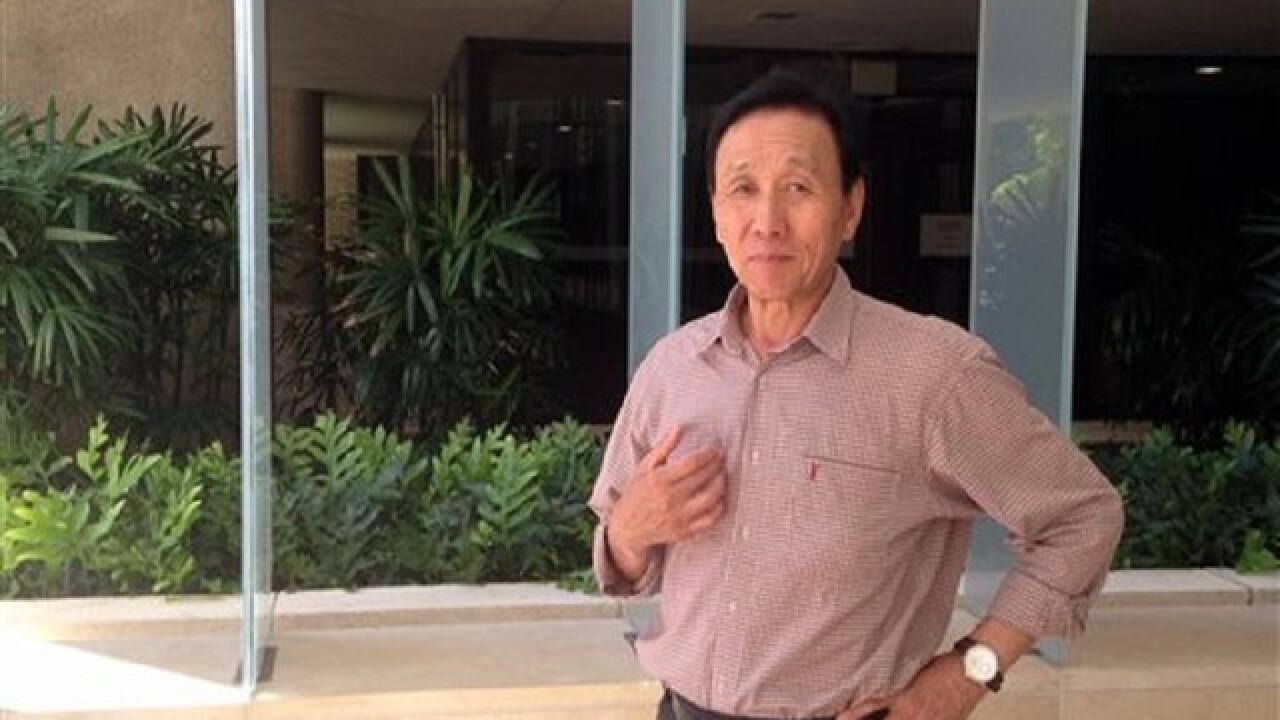 HONOLULU (AP) — A tourist whose desire to do yoga on a plane led to his arrest is being allowed to leave Hawaii and return home to South Korea.
U.S. Magistrate Judge Kevin Chang previously allowed Hyongtae Pae to be released on bond, but prevented him from leaving the state because of concerns about him being on a plane again.
On Monday, Chang made the modification after Pae's defense attorney asked that Pae return to the Honolulu Federal Detention Center. Jin Tae "JT" Kim said his client can't afford to keep staying in a bed and breakfast and or pay to see a doctor for more medication.
Pae and his wife were celebrating their 40th wedding anniversary with a Hawaii vacation and the couple was headed home when he was arrested.
According to court records, Pae didn't want to sit in his seat during the meal service on last month's flight from Honolulu to Tokyo, so he went to the back of the plane to do yoga and meditate. Authorities say he refused to return to his seat, threatened crew members and passengers and shoved his wife. The pilot turned the plane around and returned to Honolulu. Pae told authorities after his arrest that he hadn't slept in 11 days.
He pleaded guilty last week to interfering with a flight crew. As part of a plea agreement, he's expected to be sentenced to time served, which was about 12 days in jail and to pay about $43,600 restitution to United Airlines.
Medication has improved Pae's mental state and he's well-rested, Kim said last week.
Through an interpreter, Pae promised that he will return for his sentence, which is scheduled for July. He must also pay $1,250 cash as a deposit before he leaves Honolulu. "I swear to God," he said, pledging to return.
Assistant U.S. Attorney Darren Ching objected to the arrangement, saying it provides little incentive for Pae to return. He said that once Pae leaves, "that will be the last we ever see of Mr. Pae."
Chang noted that Pae is 72 years old, doesn't speak English and has no family or friends in Hawaii. Returning him to incarceration because of his financial and medication problems wouldn't be appropriate, Chang said.
"He may fly back to Korea, but he must come back to Hawaii," Chang said, adding that Pae is restricted from any other airline travel.
Associated Press 2016