Woman confronts Scott Pruitt at a restaurant, urges him to resign 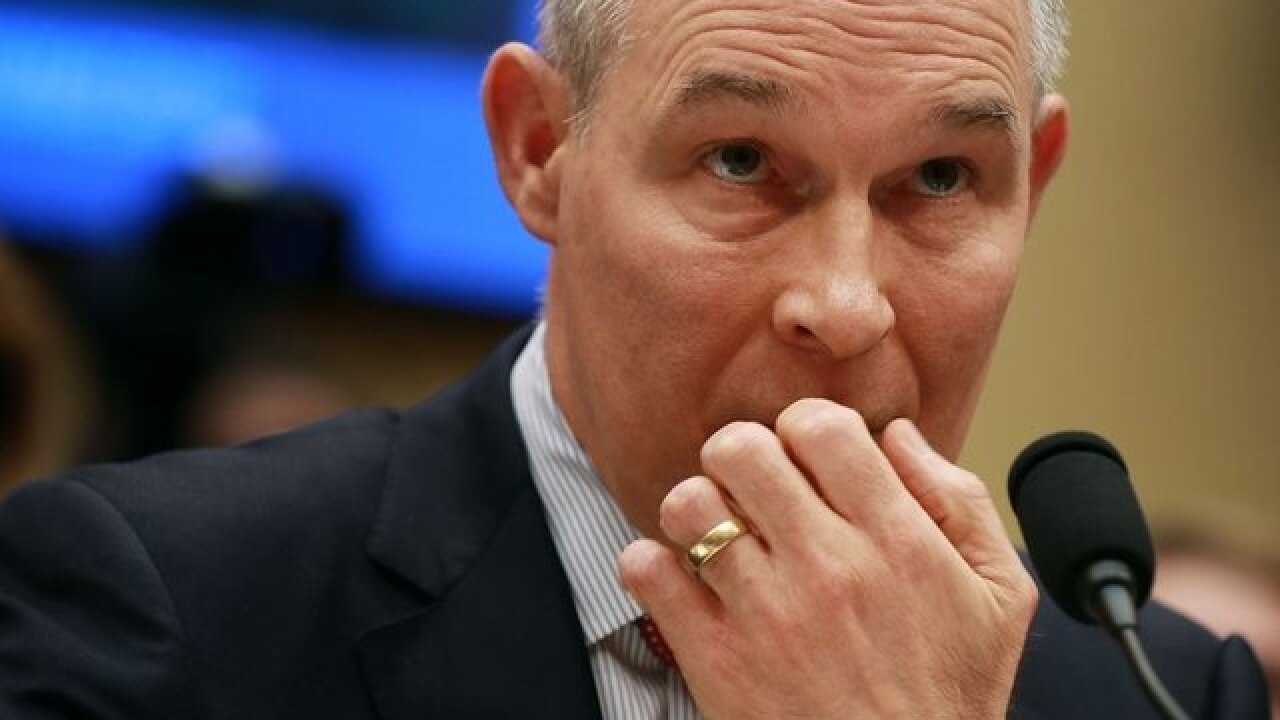 A woman  confronted Environmental Protection Agency Administrator Scott Pruitt at a Washington restaurant  and urged him to "resign before your scandals push you out."

Kristin Mink was having lunch with her son on Monday when she noticed Pruitt with a colleague at Teaism in Penn Quarter and decided to confront him, a child in tow.

In a video of the encounter, Mink cites Pruitt's "slashing strong fuel standards for cars and trucks for the benefits of big corporations" and his "paying about 50 bucks a night to stay in a DC condo that's connected to an energy lobbying firm, while approving their dirty sands pipeline" as reasons for him to resign.

"We deserve to have somebody at the EPA who actually does protect our environment, somebody who believes in climate change and takes it seriously for the benefit of all of us, including our children," Mink tells Pruitt in the video.

Mink spoke to CNN's Kate Bolduan on Tuesday evening, saying "there was never doubt" in her mind about confronting Pruitt.

"Maybe having my child there with me gave me a little extra push, because this is the man who is literally undermining my child's future, the future of all of our children. ... He is actively sacrificing our clean air, our clean water to line his own pockets and the pockets of his friends. And this was my opportunity to call him out for it," Mink said on "Erin Burnett OutFront."

The ethical questions facing the embattled EPA chief have continued to mount in recent days, with Pruitt aides detailing to members of Congress how he enlisted them for  personal errands  and a former EPA official who is expected to testify before Congress saying Pruitt used a  "secret" calendar  and omitted certain calls and meetings from the public calendar. A review of EPA documents by CNN found discrepancies between Pruitt's official calendar and other records.

The House Oversight Committee is investigating allegations of misuse of government funds, improper travel and outsized spending at the EPA. The EPA chief has also been the subject of  roughly a dozen other inquiries  into his actions at the agency.

Mink's confrontation of Pruitt marks the latest occurrence of Trump administration officials facing protesters confronting them while out in the community. While dining in a Mexican restaurant in Washington last month, Homeland Security Secretary Kirstjen Nielsen was  yelled at by protesters . Days later, White House press secretary Sarah Sanders was  booted from a Virginia restaurant  by its owner.

Responding to Mink's video in a statement to CNN, EPA spokesman Lincoln Ferguson said Pruitt "always welcomes input from Americans, whether they agree or disagree with the decisions being made at EPA."

The statement continued, "This is evident by him listening to her comments and going on to thank her, which is not shown in the video."

The video does not show what happened after the encounter, although Mink says in a written introduction to her video on Facebook that Pruitt simply got up and left. According to Ferguson, this is because the administrator "had simply finished his meal and needed to get back to the EPA for a briefing."

"If they don't want to be called out in public, they shouldn't make decisions that harm the rest of us," Mink said on CNN.