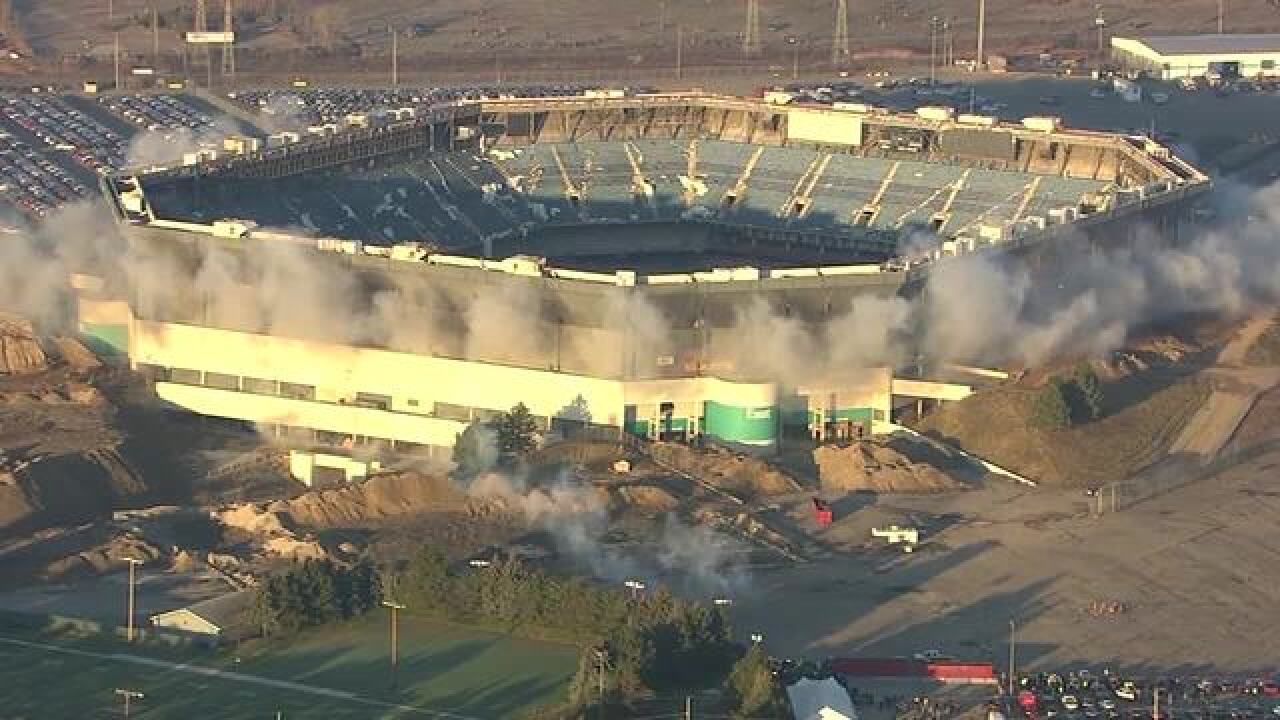 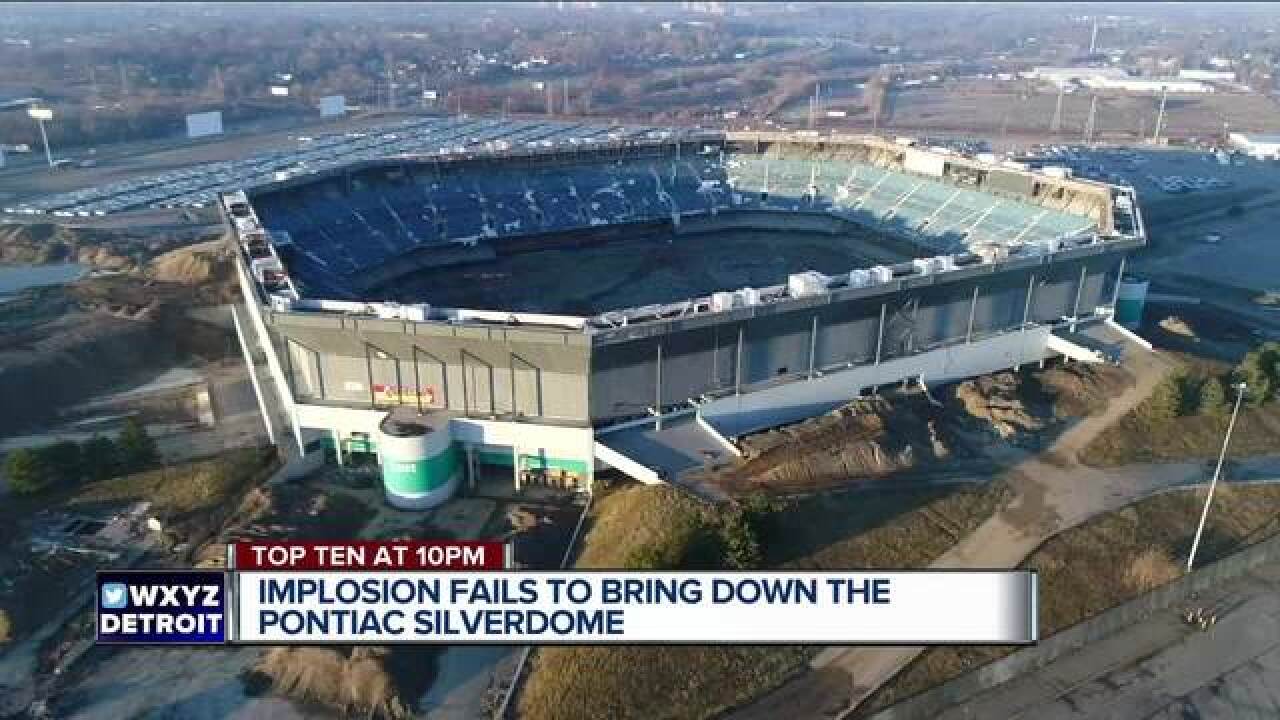 After a lot of fanfare and loud booms meant to take down the Pontiac Silverdome on Sunday, the building still stands.

According to Adamo, the demolition company tasked with the implosion, eight charges disconnected -- preventing the fall of the Silverdome.

"We had a lot of difficulty getting people out of here the other night...we don't know if someone accidentally pulled the wire off. We don't know, we're still researching that," said Adamo Executive Vice President Rick Cuppetilli.

Crews will be monitoring the dome and will send off suggestions to the mayor's office today.

We're told security will be on the site around the clock until the Silverdome comes down.

On top of that, the Silverdome hosted many record events over the years, including Led Zeppelin in 1977, 93,000 people to watch Pope John Paul II's mass in 1987 and WrestleMania III which hosted 93,173 people.

The WrestleMania record stood as the WWE attendance record until 2016 when WWE said 101,763 people attended the show in Arlington.