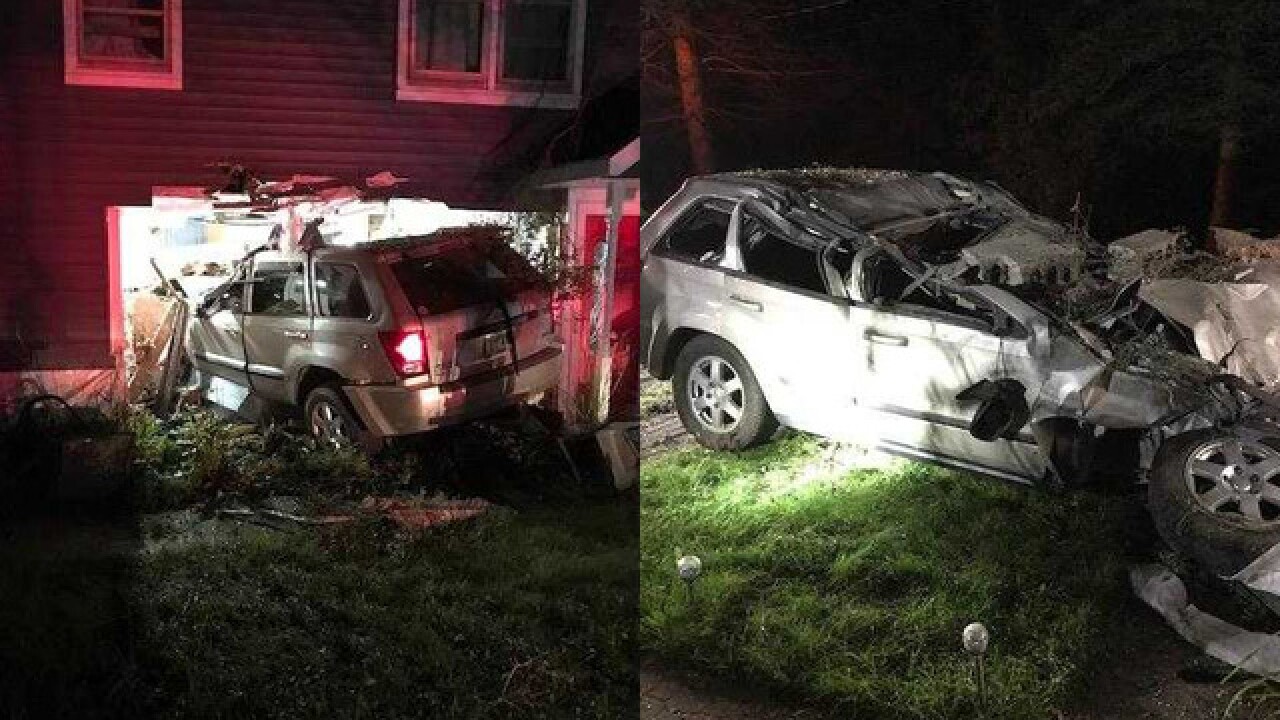 The Oakland County Sheriff's Office says a man is in custody after allegedly drinking and driving and crashing his vehicle into a home in Orion Township on Wednesday night.

According to the sheriff's office, they were called to the home on Joslyn Rd. around 11:45 p.m. for a vehicle the crashed into the home. When they arrived, the saw the Jeep Cherokee completely inside of the kitchen.

Deputies say there was extensive damage to the vehicle and the home but no driver at the scene. The people lived there were not injured and were out of the house.

According to deputies, the driver was forced to escape through the sunroof.

After a K-9 search, deputies located the man hiding in a bush near his home, and he was wearing only boxer shorts. They said he was "highly intoxicated" and refused a preliminary blood test.

When they searched his car, they also found a loaded .45 caliber semi-automatic handgun.

Deputies say the suspect's driver's license had been suspended multiple times and he had a previous OWI arrest and didn't have a CPL.

He was taken to McClaren Hospital and deputies got a warrant for a blood test. The suspect will not be arraigned until the blood results come back from the labl.