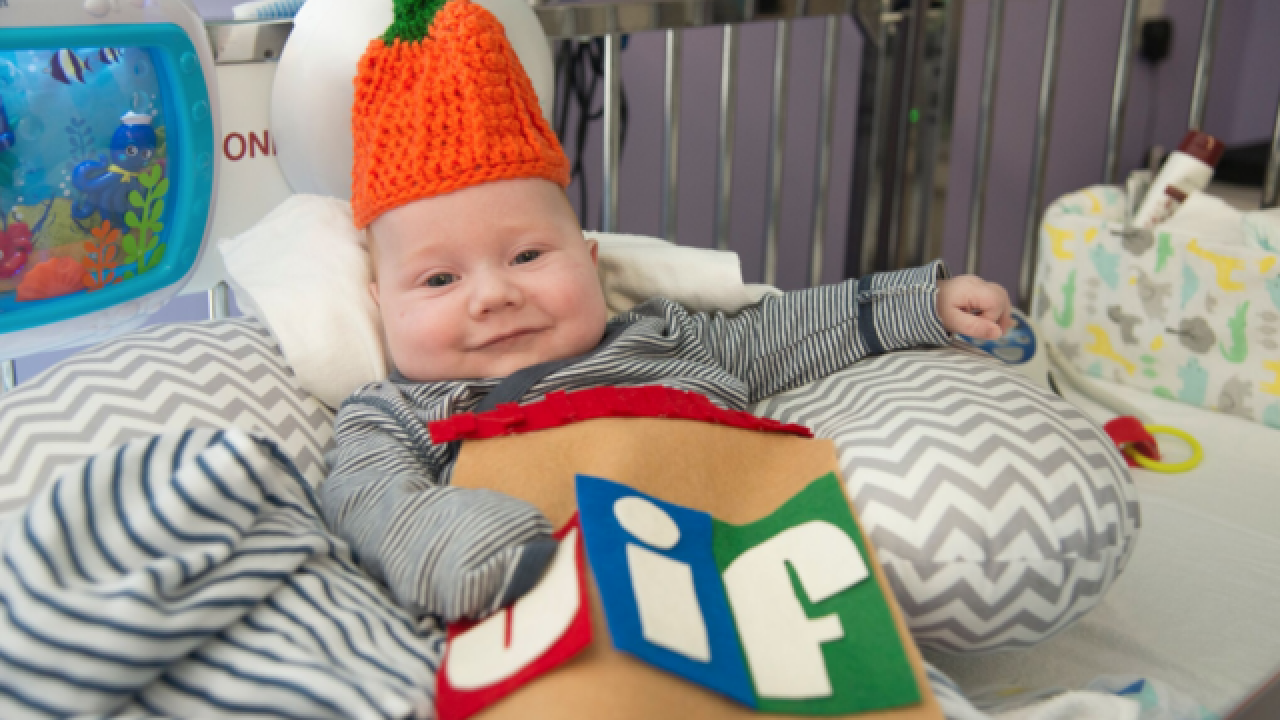 From a taco to a jar of peanut butter, babies in the Neonatal Intensive Care unit at Beaumont Hospital in Royal Oak are getting in the Halloween spirit.

That's thanks to two women who are on a mission to make people smile.

Ingrid Peeples, who works at Beaumont, teamed up with her friend to create dozens of costumes for the NICU babies, according to a news release from Beaumont.

The hospital noted that Peeples was a Royal Oak NICU mom years ago and credited volunteers for doing so much good for the families.

“This is my way of bringing some smiles to the families,” Peeples stated in the release. “It can be a difficult time in the NICU, so any opportunity families can celebrate with their babies is amazing. It’s Halloween. Every parent wants to dress their child up, and I hope these costumes can bring some normalcy for the holiday.”