Search for suspect after robbery at PNC Bank 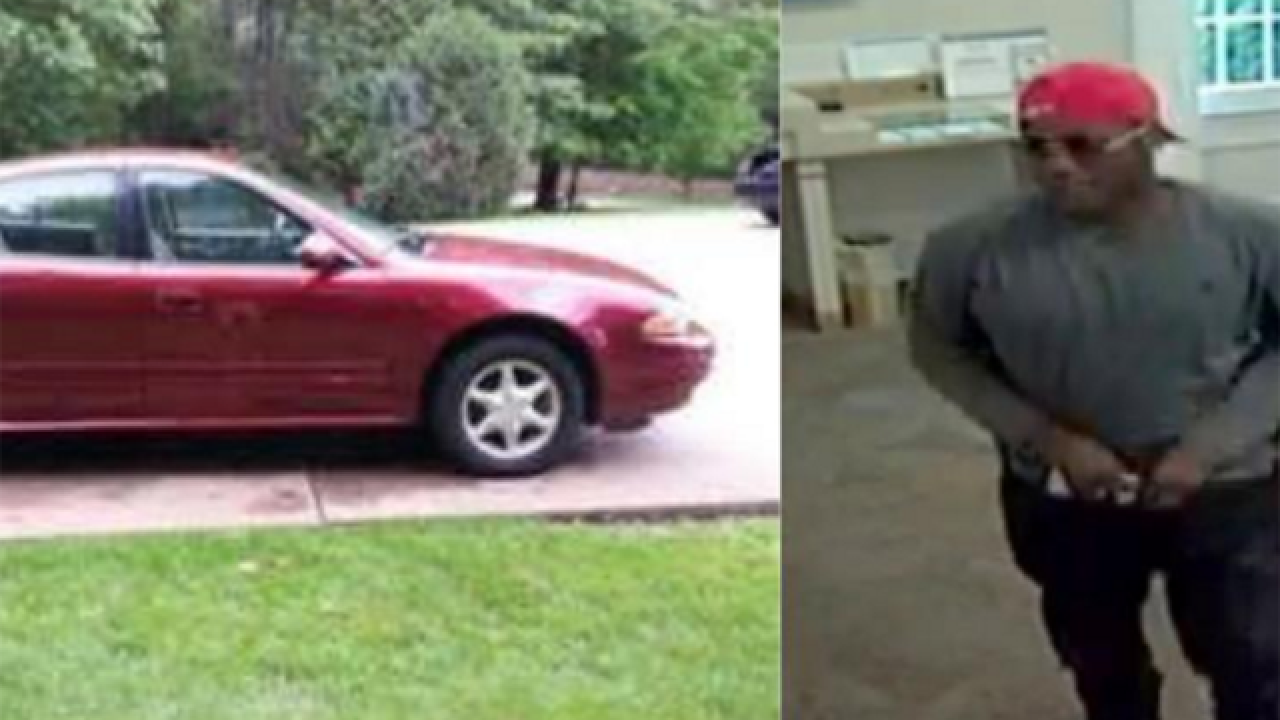 Wednesday morning PNC Bank in Plymouth, Michigan was the target of a bank robbery.

The bank teller said a man entered the bank and handed him a note demanding an unknown amount of cash. The teller gave the man the cash and he fled the scene.

An eyewitness described the robber as a middle-aged black male, with a medium build, standing at approximately 6'0 feet tall. He was said to be wearing a long-sleeved grey shirt, with dark jeans. He was also wearing white sunglasses with rhinestones on the frames.

A witness said the robber left the bank in a 2000 Burgundy Oldsmobile Alero, with a spoiler on the trunk and factory chrome rims.

Anyone with any information in regards to the robbery is urged to contact Plymouth Township police at 734-354-3250.