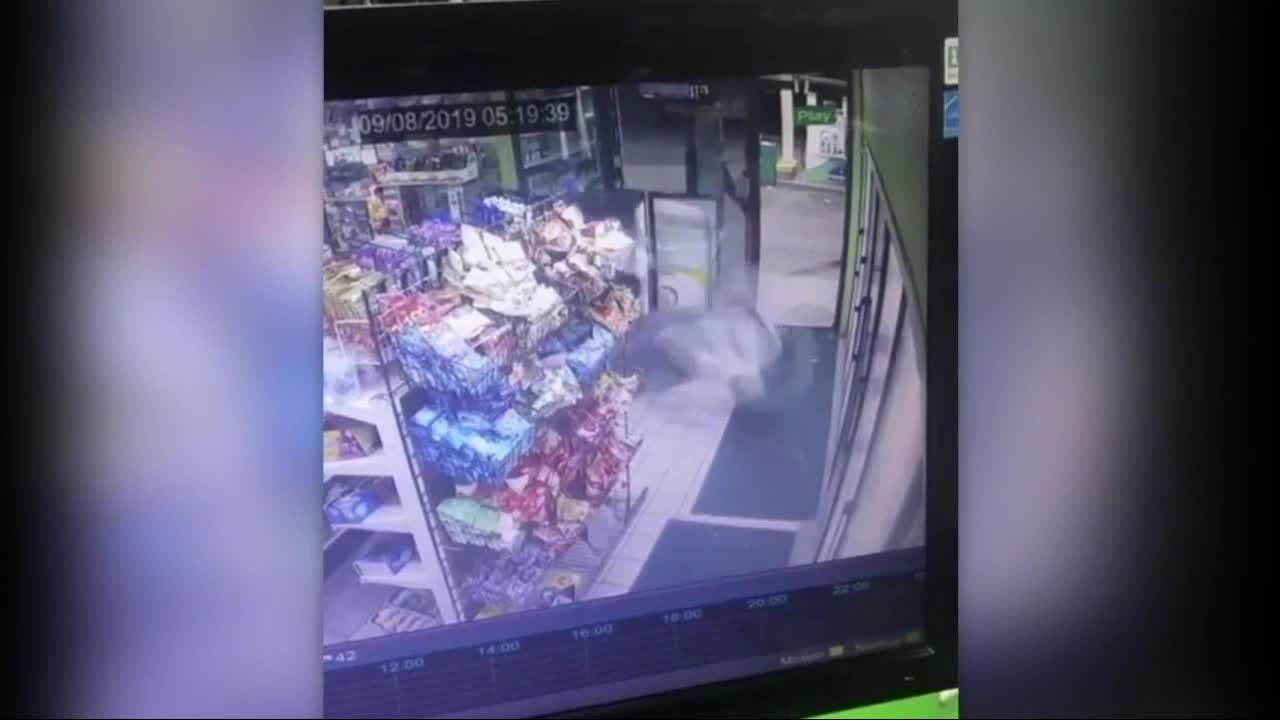 Police say the public's help in needed in a smash and grab in Highland Park in which the suspects are believed to be armed.

(WXYZ) — Police say the public's help in needed in a smash and grab in Highland Park in which the suspects are believed to be armed.

Police say there are some patterns they’ve noticed.

First of all, the thefts happen fast. Around 1 minute or less. In the time it takes for you to read this article, the crooks could have come and gone.

A crew of three people pulls up in a truck. Police say they’ve been stealing utility trucks or something similar. The suspects use the truck to break through the door or wall, then two people enter the gas station carrying heavy duty straps. They wear white masks and all black clothes with a hood and gloves.

The suspects then wrap straps around the ATM, and get out of the way. They then signal the driver of the truck. The ATM is ripped from its spot and goes flying out of the business. The two people pick up the ATM and then hop in the truck and drive off.

The driver of the truck has been seen with a shot gun. The owner of one gas station says he is glad his employees were not hurt. He worries the thieves will ruin lives, including their own, if they continue on this path.

“I feel so bad for them really, before I feel bad for me," the owner of one gas station said. "Because why (do) they keep doing this?”

If you have any information on these crimes, contact Detroit police.