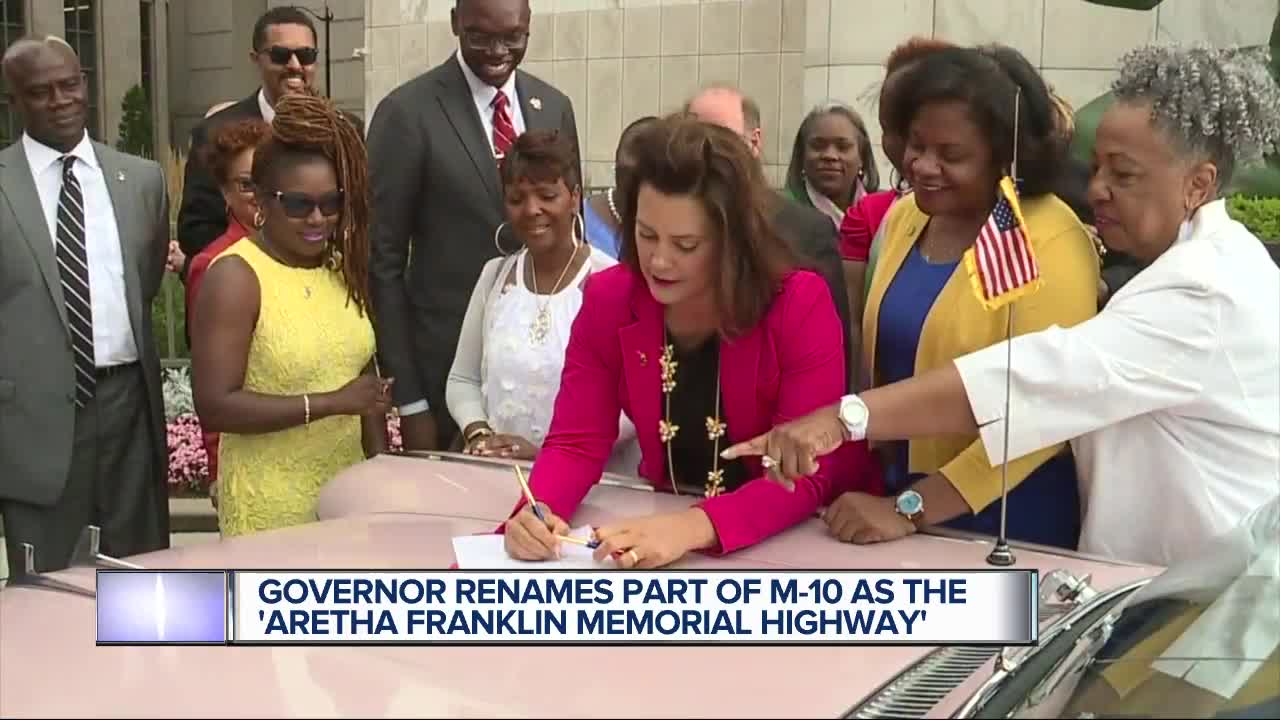 A portion of the Lodge Freeway between Livernois and I-94 in Detroit will now be known as the Aretha Franklin Memorial Highway.

DETROIT (WXYZ) — A portion of the Lodge Freeway between Livernois and I-94 in Detroit will now be known as the Aretha Franklin Memorial Highway.

“Aretha Franklin was an American icon whose musical contributions built Michigan into the state it is today,” said Gov. Whitmer in a release. “She started her career right here in Detroit, but her influence has reached every corner of the world. I’m honored to be able to dedicate a portion of the M-10 freeway to remember Aretha, to celebrate her life, and to honor everything she did for this city and our state.”

“This is a special day in Michigan's history as we designate this memorial highway to the first female African-American artist-activist ever to receive this distinctive honor in the state's history,” said Rep. Leslie Love (D-Detroit) in a release. “In the tradition of great artist-activists like Nina Simone, Lena Horne, Ruby Dee and Miriam Makeba, how befitting it is to the memory of the Queen of Soul, Ms. Aretha Franklin, who not only gave us hits like ‘Freeway of Love,’ but who also donated her talent in 1988 for an anti-drinking and driving PSA campaign, as well as to other social justice and civic causes. I connect with Ms. Franklin, and like her, I am an artist-activist and a member of the Divine 9, and I felt compelled to see this happen.”