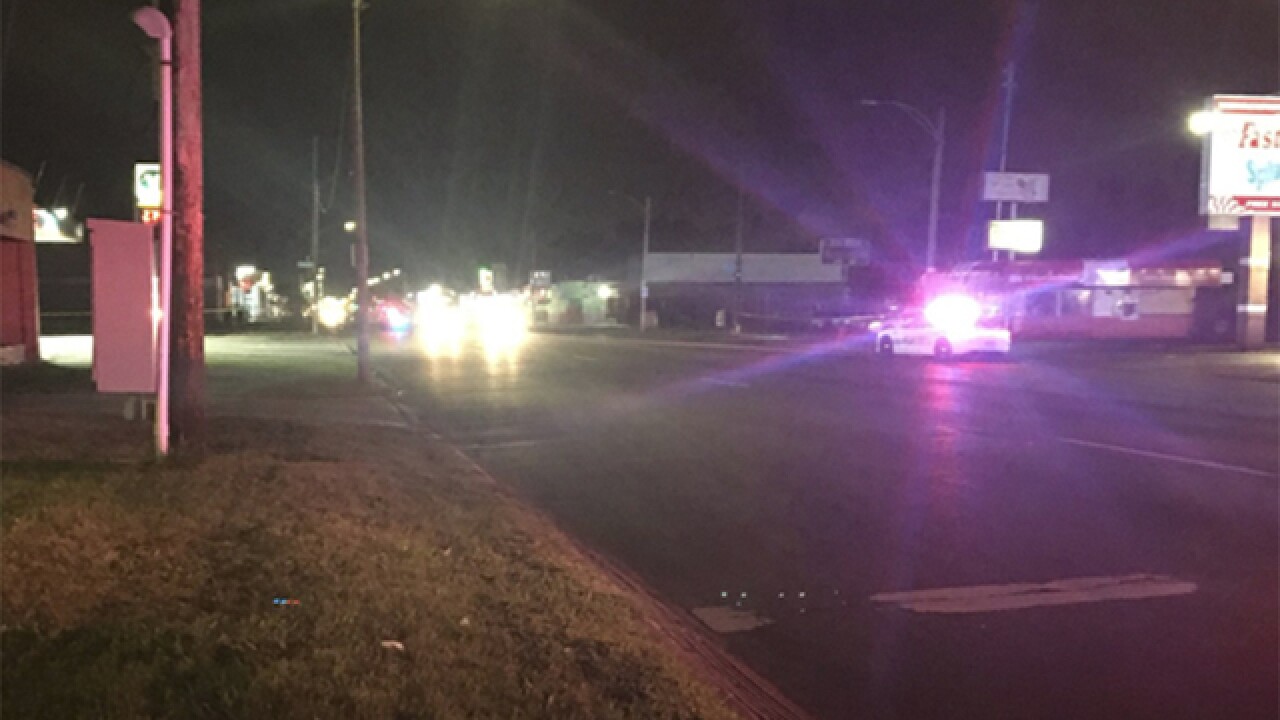 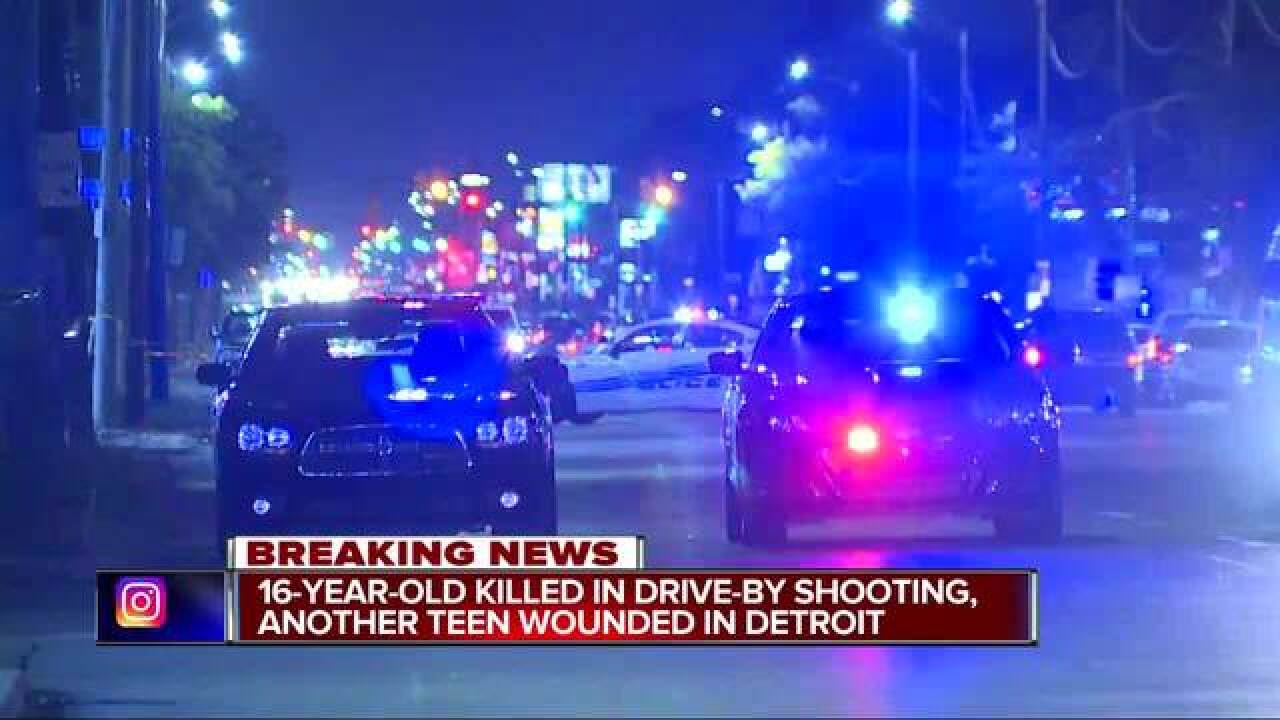 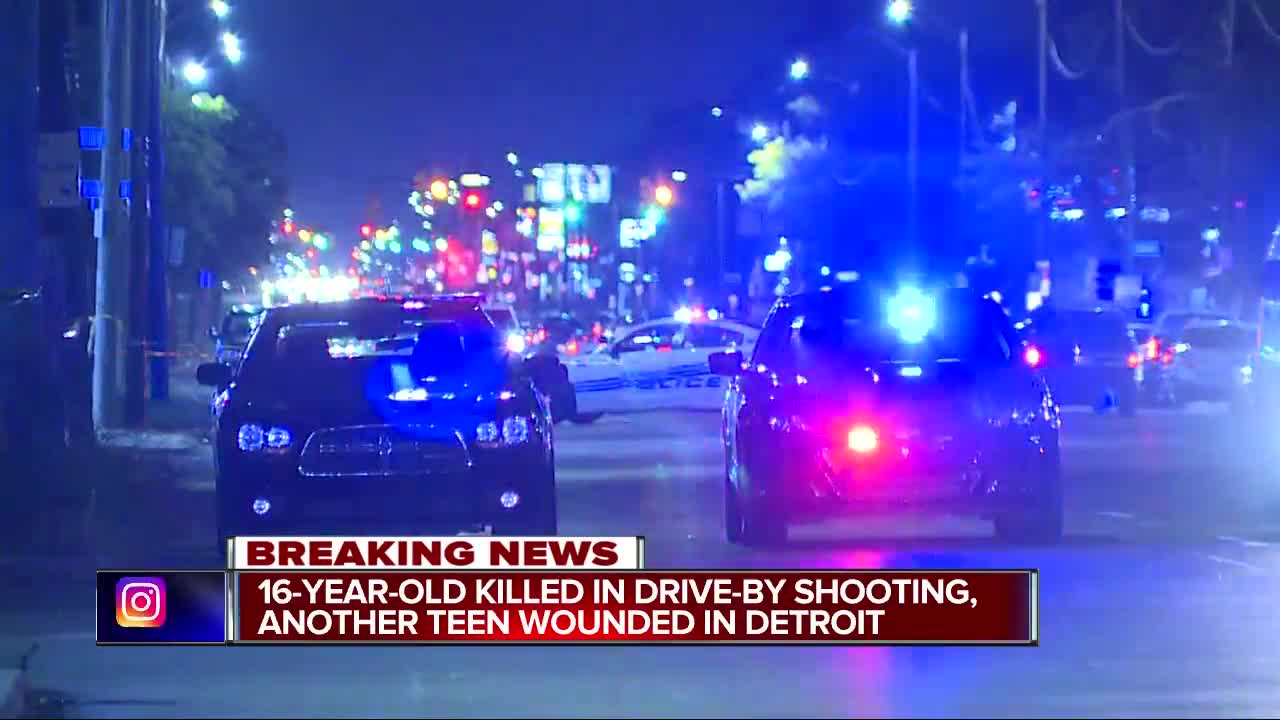 A 16-year-old has been killed and a 15-year-old injured in an apparent drive-by shooting on Detroit's west side.

The scene is on Seven Mile Road and Pierson.

Police say the situation began as an argument between a group of people and two teenage boys at a t-shirt shop.

Police say the boys left the t-shirt shop and drove a short distance. Officers say the pair got a flat tire and pulled over to the side of the road.

A car with a group of people inside drove by, and someone fired shots at the boys while they were changing the tire.

They were last seen driving northbound on Pierson in an older model red Chevy or Toyota.

The 15-year-old is in stable condition at the hospital.