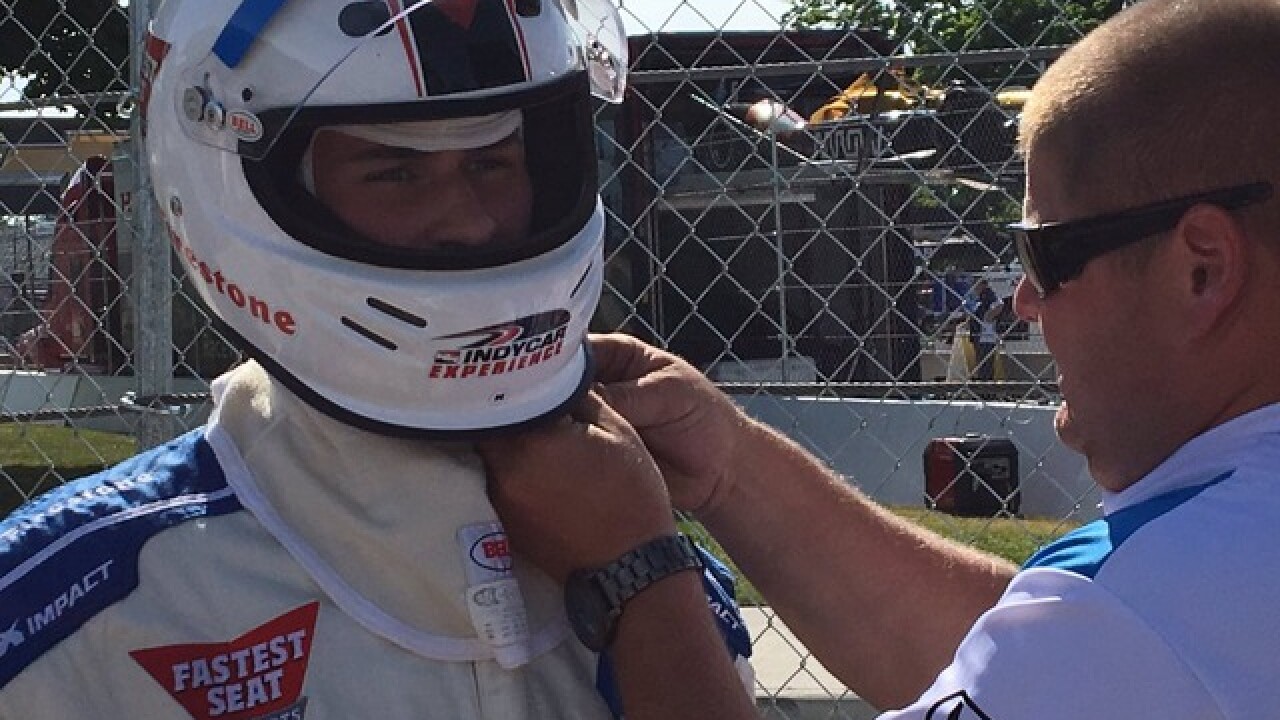 It was announced a couple weeks ago that Detroit Red Wings forward Dylan Larkin would be the Grand Marshal of Saturday's race at the Chevrolet Detroit Belle Isle Grand Prix.

On Thursday, just a day before race weekend, Larkin took a ride in a two-seater IndyCar around the track at Belle Isle.

He confirmed to our Brad Galli that he did indeed keep his breakfast down.

Dylan Larkin confirms he kept his breakfast down after riding in an IndyCar at the @detroitgp. pic.twitter.com/NTqFYOqD3S

Larkin was joined by teammates Luke Glendening and Riley Sheahan who were there to root him on, and even ask if he needed a diaper before the ride.

He also joined Brad Galli in a ride with past Detroit Grand Prix winner Helio Castroneves. You can see that interview on 7 Action News at 6.