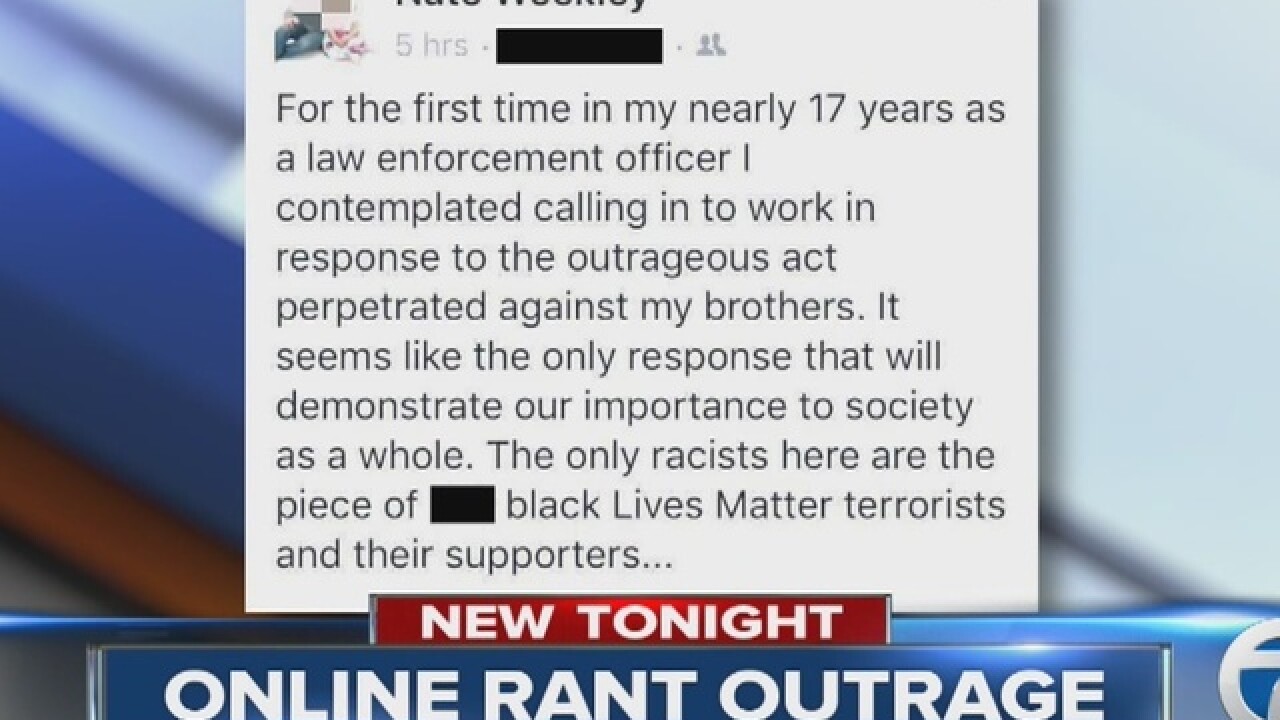 The post by Nathan Weekley has been viewed more than 40,000 times, and reacts to the tragic Dallas shooting that left five police officers killed and several others injured.

"For the first time in my nearly 17 years as a law enforcement officer I contemplated calling into work in response to the outrageous act perpetrated against my brothers. It seems like the only response that will demonstrate our importance to society as a whole. The only racists here are the piece of (expletive) Black Lives Matter terrorists and their supporters."

That post has already led to an ugly viral backlash against Weekley. So far, he's declined to speak with 7 Action News due to an internal investigation, but the president of the Detroit Police Officer's Association did talk to us.

Weekley's brother, Joseph, is also known to Detroiters. He is a former Detroit SWAT officer now reassigned after shooting and killing Aiyana Jones in May 2010 during a failed raid on the city's east side.

He was charged in connection with her death, but never convicted due to two hung juries. He still faces two civil cases.