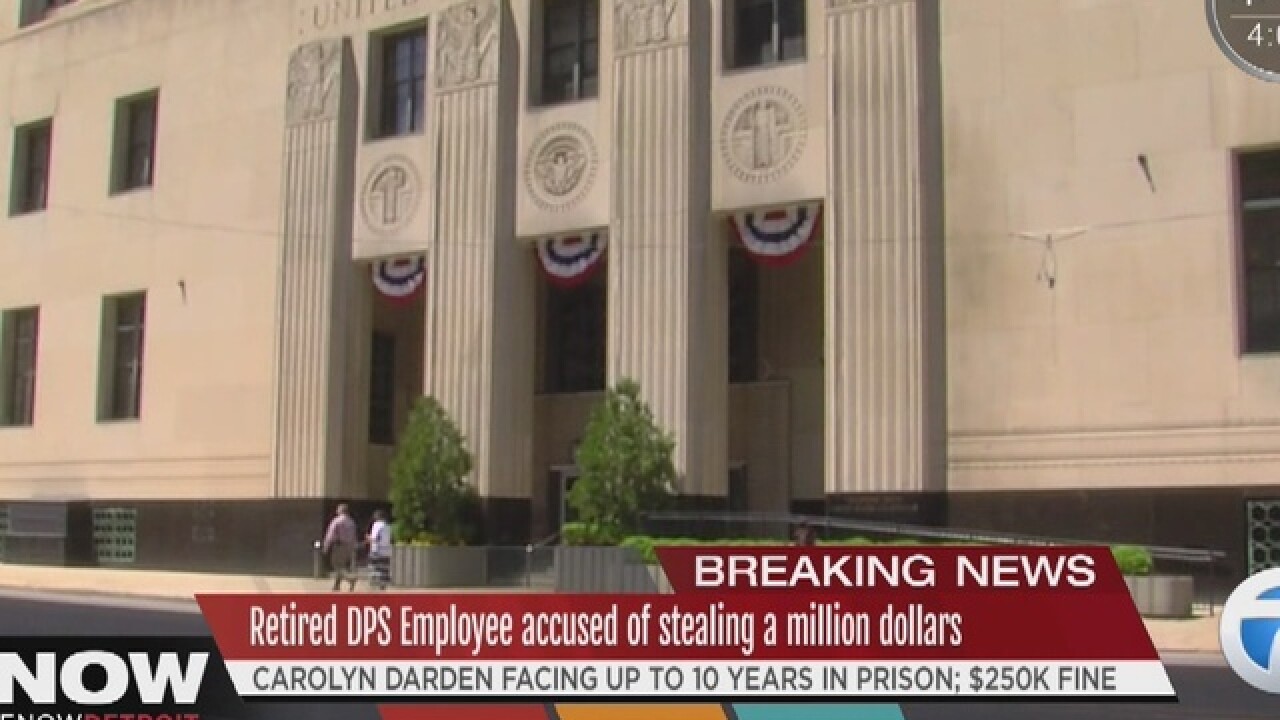 A woman who worked with Detroit Public Schools for nearly 40 years has been charged with stealing more than $1.25 million from the district.

According to a felony complaint filed in federal court on Monday, Carolyn StarkeyDarden fraudulently obtained the money by filing false invoices for tutoring services that were never provided.

The scheme happened over a 7-year period from 2005 until 2012 while StarkeyDarden worked as an agent for the different education companies.

“Ms. Starkey-Darden cheated the students of Detroit Public Schools out of valuable resources by fraudulently billing for her company’s services,” David P. Gelios, Special Agent in Charge of FBI Detroit Division said in a release. “In fact, Detroit students were cheated twice by this scheme. Students that needed tutoring never received it, and money that could have been spent on other resources was paid to Ms. Starkey-Darden as part of her fraud scheme.”

Read the entire complaint below: